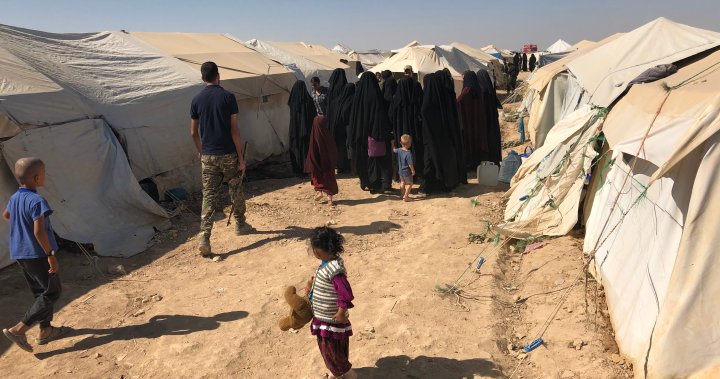 On Sunday, October 4, 2020, a Canadian government delegation crossed the Tigris River into northeastern Syria to detain a five-year-old orphan.

Amira was the only survivor of a Canadian family, whose parents were reportedly killed in an airstrike during the fight against ISIS.

A year later, internal documents released to Granthshala News under the Access to Information Act describe the months of discussion that took place before the handover.

They show that Canadian officials knew about Amira in April 2019, traced her that December, and were invited by US-backed Kurdish authorities to pick her up in February 2020.

But Canadian officials instead spent months exchanging memos, insisting that northeastern Syria was not safe for them to travel to, the documents show.

While the US and other countries were sending delegations to the region, Canadian officials wrote that they were not allowed, citing “federal law and the Canadian Labor Code”.

Documents show that Canadian officials wanted an “alternative solution” to get to Amira, which did not involve crossing over to Syria, before finally sending a delegation to bring her out.

“The situation is complicated and COVID-19 has made it even more difficult,” read a document.

Granthshala Affairs Canada did not respond directly when asked why it took 18 months to get Amira out of Syria.

Asked why the government had not repatriated nearly three dozen Canadians, mostly children, to ISIS detainees’ camps, a spokesman cited the “security situation on the ground”.

“We’ve asked them to do the same with regards to 30-something men, women and children,” Greenspawn said.

Documents show Granthshala Affairs Canada first learned of Amira after ISIS was evicted from its last stronghold in Baghouz near the Iraqi border.

Amira’s uncle, who lives in Canada, contacted Canadian consulate officials in April 2019 to help her bring her to Canada.

In May, consular officers “began contacting Kurdish authorities to inquire about the child’s whereabouts.”

She was found at the Al-Hol Camp, a huge prison facility for women and children captured during the fight against ISIS.

One memo states that the uncle himself tried to bring her back, but the Kurds would “hand over Amira only to the Canadian delegation.”

A memo said that in February 2020, Canadian authorities “established the identity of Amira and determined that she is entitled to Canadian citizenship.”

“They did this based on e-mails and the photos they provided.”

Granthshala Affairs Canada sent a letter to Kurdish authorities on February 11, 2020, saying, “We will support his repatriation if they agree to release him into the custody of his uncle.”

The Kurds, however, “will only hand him over to a Canadian delegation that visited their territory and followed Kurdish protocol for release (eg meetings, signing documents).

But the Canadian government took the position that Syria was a no-go zone.

Although delegations from NGOs, journalists and other governments visited the Kurdish-held northeast, Ottawa considered it too risky for its officials.

A memo said that Canada would not send its employees “for safety and security reasons”, an assessment that was partly based on the Canadian Labor Code.

“Countries have different foreign policy and different presence and activities in the region. Each government makes its own assessments which include a variety of considerations,” it explained.

Rather, Canada was continuing to “advocate for her safety and well-being” while exploring “alternative solutions to secure Amira’s release and travel to Canada”, the documents said.

By then, a year had passed, and the Granthshala pandemic brought a new complication to the matter.

At a briefing on June 5, 2020, Canadian officials “agreed to establish a working group to develop operational plans in the coming weeks, which will be presented to senior officials for consideration.”

Canada sent a letter to the Kurds on June 8, 2020, indicating that “Canada wishes to resolve the situation in Emira and discuss the necessary requirements to secure her repatriation.”

But the Kurds had already made it clear what Canada had to do: a delegation would have to visit northeastern Syria, sign a repatriation deal and detain Amira.

An assistant deputy minister at Granthshala Affairs Canada, however, “wanted to work with the Kurds to find a way to support Amira’s exit from Syria that did not require a crossover into northeastern Syria.”

“She asked whether a handover on the Iraqi side of the Syria-Iraq border would be possible,” according to the June 25 memo.

The Kurds insisted that it should be on their territory.

Meanwhile, other countries were bringing out their citizens without incident. “We learned that, over the weekend, French Brought home 10 orphans and unaccompanied children,” said a memo.

A month later, Canadian officials were given two options for submission to their superiors “for review and discussion on the way forward”.

Adding to the new pressure was an application filed in Federal Court by Amira’s uncle, seeking a government order to compel her niece to bring her niece to Canada.

The decision to send an official delegation to Syria was made on September 11, 2020. The Canadian Armed Forces was to provide support for the delegation.

A “detailed operational plan” was put together, and Canadian military representatives in Iraq advised their contacts while the composition of the delegation was being finalised.

The return of the mummy! Faces of three ancient Egyptian men who lived up to 2,797 years ago are reconstructed using DNA extracted from their mummified remains