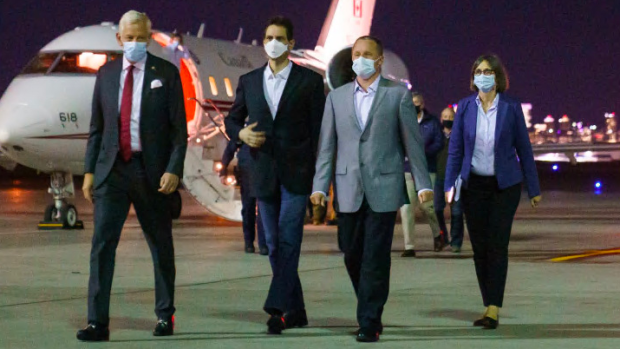 WASHINGTON – The White House is bucking ties between the release of Canadians Michael Spavor and Michael Kovrig and last week’s decision to drop the extradition of Meng Wanzhou.

Press Secretary Jen Psaki says the US Justice Department is an independent agency and has reached a decision to pursue a deferred prosecution agreement with a Huawei executive.

Meng was allowed to return to China after a New York judge approved the deal on Friday, and Spavor and Kovrig were on their way back to Canada that night.

Psaki says US President Joe Biden urged China at every turn to release the two men whose arrests were widely seen as retaliation for Meng’s Canadian arrest in December 2018.

But she says the dropping of the Meng case should not be taken as evidence of a change in foreign policy stance towards China.

Republicans, particularly Florida Sen. Marco Rubio, have criticized the agreement and want the White House to tell Congress how it happened.

“It may seem foreign to them that the Justice Department is independent, but it is free under this administration,” Saki said.

“No one should read this as an effect on our actual policy. This is a legal matter and a legal decision.”

Psaki was unable to say whether Biden was aware that a postponed trial was underway when he spoke with Chinese President Xi Jinping earlier this month.

This report by The Canadian Press was first published on September 27, 2021.