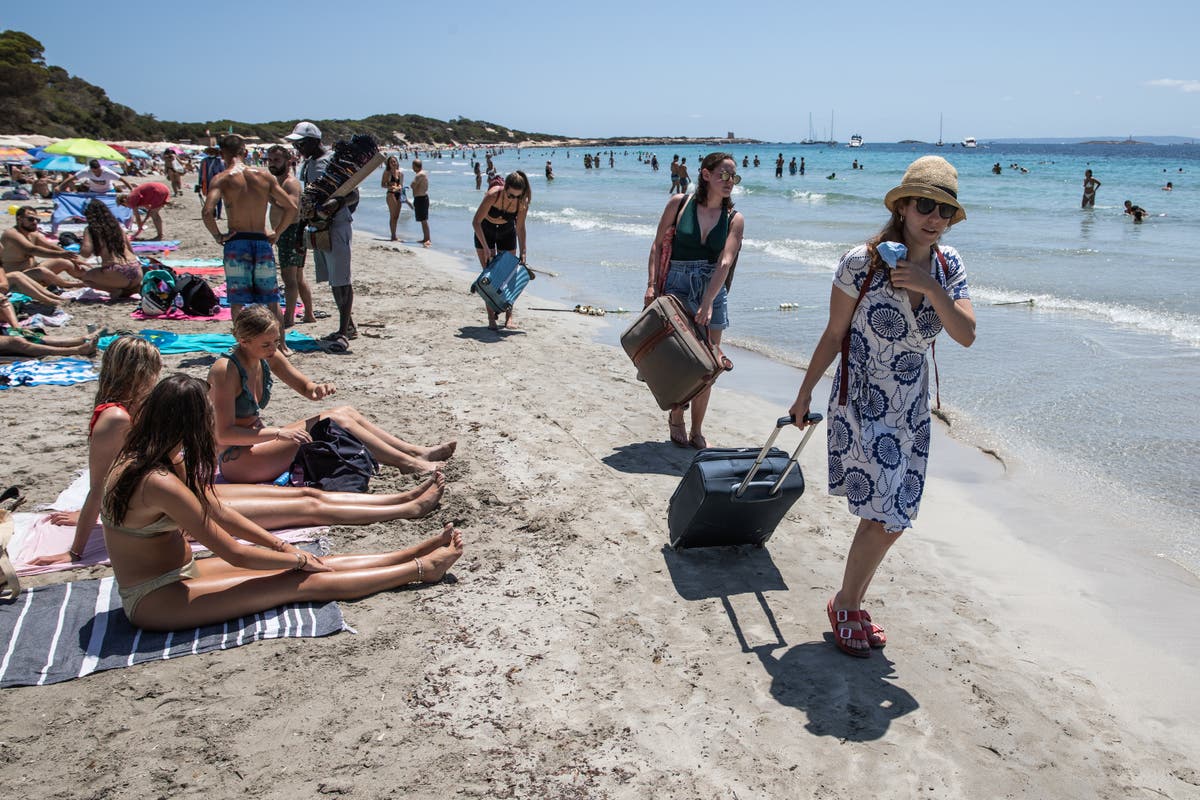 The UK’s COVID travel rules will be simplified from October, with traffic light systems and mandatory PCR tests for many people.

From 4 October, instead of a green, amber and red list of countries with different rules on quarantine and testing for each, there will only be a list of places that require hotel quarantine upon return to England.

Every other country that is not on this revised red list will have much simpler border controls, with fully vaccinated travelers returning from the rest of the world no longer having to take a pre-departure test and a cheaper lateral flow test on their second day. will be able to. Back in England.

Grant Shapps, the transport secretary, announced the revised system in a series of tweets, arguing the success of Britain’s vaccination program means that stricter rules can be relaxed without the risk of importing new variants.

“Today’s changes mean a simpler, more straightforward system,” he wrote. “Less testing and lower costs allow more people to travel, see loved ones or do business around the world while boosting the travel industry.

“Public health has always been at the heart of our international travel policy and with eight out of 10 adults in the UK vaccinated, we are now able to offer a proportionately updated structure that reflects the new scenario.”

Changes will be rolled out in time to apply for Britons returning from a half-term break abroad.

From October 4, people returning from a red-listed country will still have to undergo a 10-day mandatory government-run hotel quarantine, as well as pay for two PCR COVID tests in the meantime.

But if you’re returning from another country on the “rest of the world” list, which is a merger of the old green and amber lists, and double-jabbed, you can avoid the current restrictions.

You will no longer have to take the COVID test in the days to come back home, and the standard test required on your second day will later be changed to a cheaper and faster lateral flow version from October onwards.

The UK is also expanding the number of countries from which it will recognize vaccination, adding 17 new territories to the list, including Japan and Singapore.

However, if you have not been vaccinated against the coronavirus and are returning from a non-redlisted country, the strict travel rules will remain in place. A pre-departure test will be required before flying home, as will the 10-day self-isolation at home.

Passengers during this period will also have to pay for PCR tests on the second and eighth days of their self-isolation, although they will still have the option of “testing to release”: paying for an additional test on the fifth day which Being negative will allow them to end the separation early.

Apart from these changes, eight countries will be removed from the red list on 22 September, including Turkey, Pakistan, Maldives, Egypt, Sri Lanka and Kenya.

The widely expected relaxation of travel restrictions comes after months of lobbying by the tourism industry, which has yet to return to its pre-pandemic levels.

Airlines UK chief executive Tim Alderslade said this is a “positive step that moves us much closer to reopening UK aviation and provides more reassurance to travelers desperate to travel”.

He added: “It will provide a real shot for a sector that has not been allowed to trade properly until now.”

Travel giant Thomas Cook said it expects to see a surge in bookings from customers this weekend hoping that their autumn and winter plans can go more cheaply and simply.