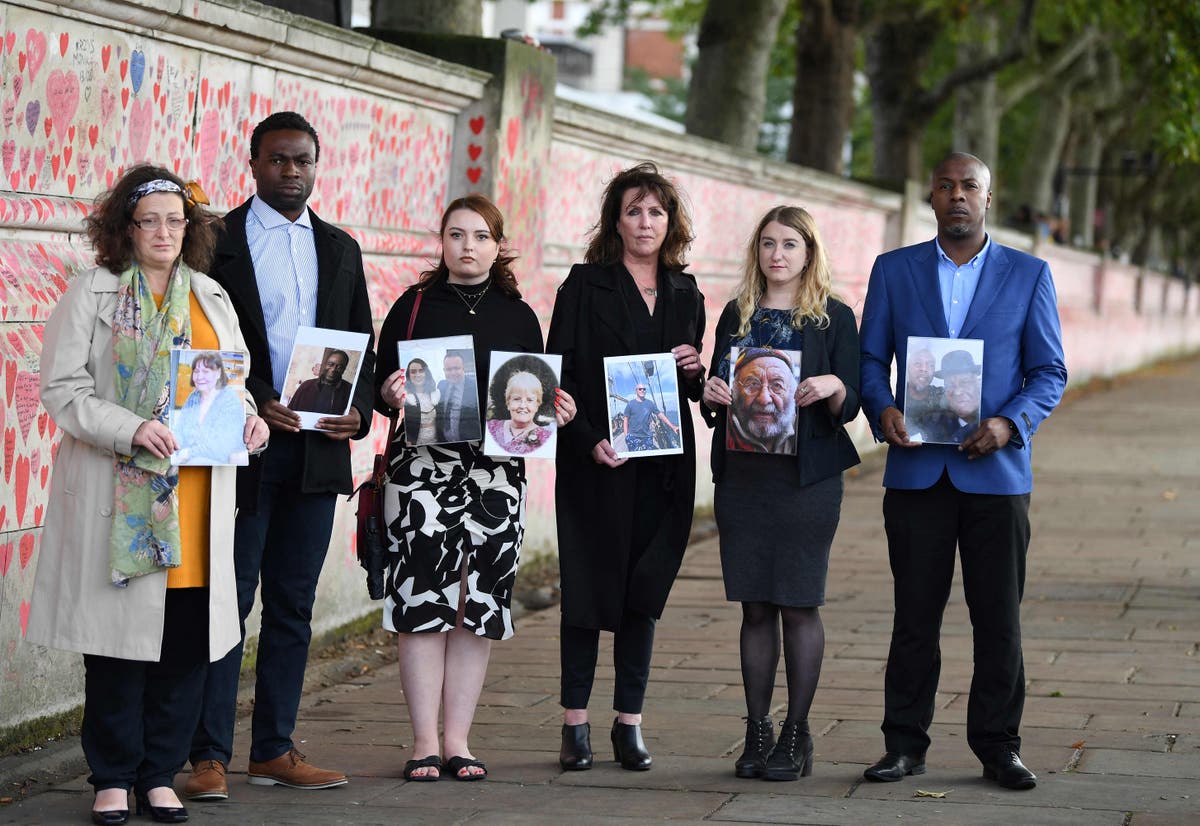 Boris Johnson finally met with Covid bereaved families for more than a year after promising to come face-to-face with those affected by the pandemic.

The PM hosted a private meeting with representatives of Covid-19 bereaved families for the Justice Group on Tuesday afternoon at number 10.

In a meeting that lasted more than an hour and took place outside at the request of families, five people shared how their loved ones caught the virus and died.

Mr Johnson told them he had committed to appoint a chair to investigate Covid before Christmas this year and that bereaved families would have input on the decision. He has previously said the investigation would begin in the spring of 2022.

Joe Goodman, co-founder of Justice for COVID-19 Bereaved Families, described the meeting as a “positive step”, but added that “we are still disappointed that there is a lack of urgency in moving the investigation forward. Don’t know what he’s waiting for.”

“It’s been really hurtful and it seems we’ve run out of any meaningful dialogue so far.

“We challenged them on the fact that we are being told that the pandemic is still on and hence investigation cannot start, while on the other hand we see that people are not wearing masks in Parliament. At this point in time the messaging looks like they are saying that the pandemic is over.

“Why can’t the process of appointing the chairman start from tomorrow? They gave a timeline before Christmas but it could be faster.

Joe Goodman said a retired High Court judge might be a suitable candidate to preside over the investigation.

Members of the five families – Joe Goodman, Fran Hall, Lobby Akinola, Charlie Williams and Hannah Brady – were told by Mr Johnson that the National COVID Memorial Wall is a “good candidate to be a “permanent national monument. I support it, it Very dynamic.”

The prime minister also agreed that his government would engage with families around the need to increase bereavement support.

Families talk to reporters about their lost loved ones at the National Covid Memorial Wall after meeting with Mr Johnson.

Lobby Akinola lost his father to Covid during the first wave of the pandemic in April.

Speaking about how his family coped in the first lockdown, he said: “Everyone in my family at that time was a key worker. My dad worked as a day caregiver for a mental health charity. My mother was a pharmacist. We think either he or my mother caught Covid from work. “

Even before he fell ill, Lobby’s father was taking the Femi pandemic seriously. “He was sending us medical journals and telling us to be so careful,” Lobby remembered.

But despite calling 111 several times, his father was constantly advised to stay at home. Lobby said: “The reaction was always that he should stay at home because he was a healthy boy – he went to the gym, he exercised, he had an allotment. Spoke to GP but again he asked her to stay at home.

“When he started coughing up blood, he was given antibiotics. We thought he was recovering and one morning my mother came downstairs and found him dead on the couch.”

Tuesday’s meeting gave the lobby a chance to tell the story of his family. He added: “It was nice to talk to the Prime Minister to express himself and it felt like he listened.

“But I would say we left wanting more urgency. It’s good to hear about the commitment to the chair and the name of a responsible minister. But ultimately we were hearing the same reactions we heard earlier as to why the investigation now Couldn’t start.

“We are seeing a rise in numbers again. How many times will this cycle happen?”

Elkan Abrahamson, director and head of principal inquiries at law firm Brody Jackson Cantor, will represent the group in the upcoming investigation.

He has represented families in the Hillsborough and Manchester Arena bombing inquiries.