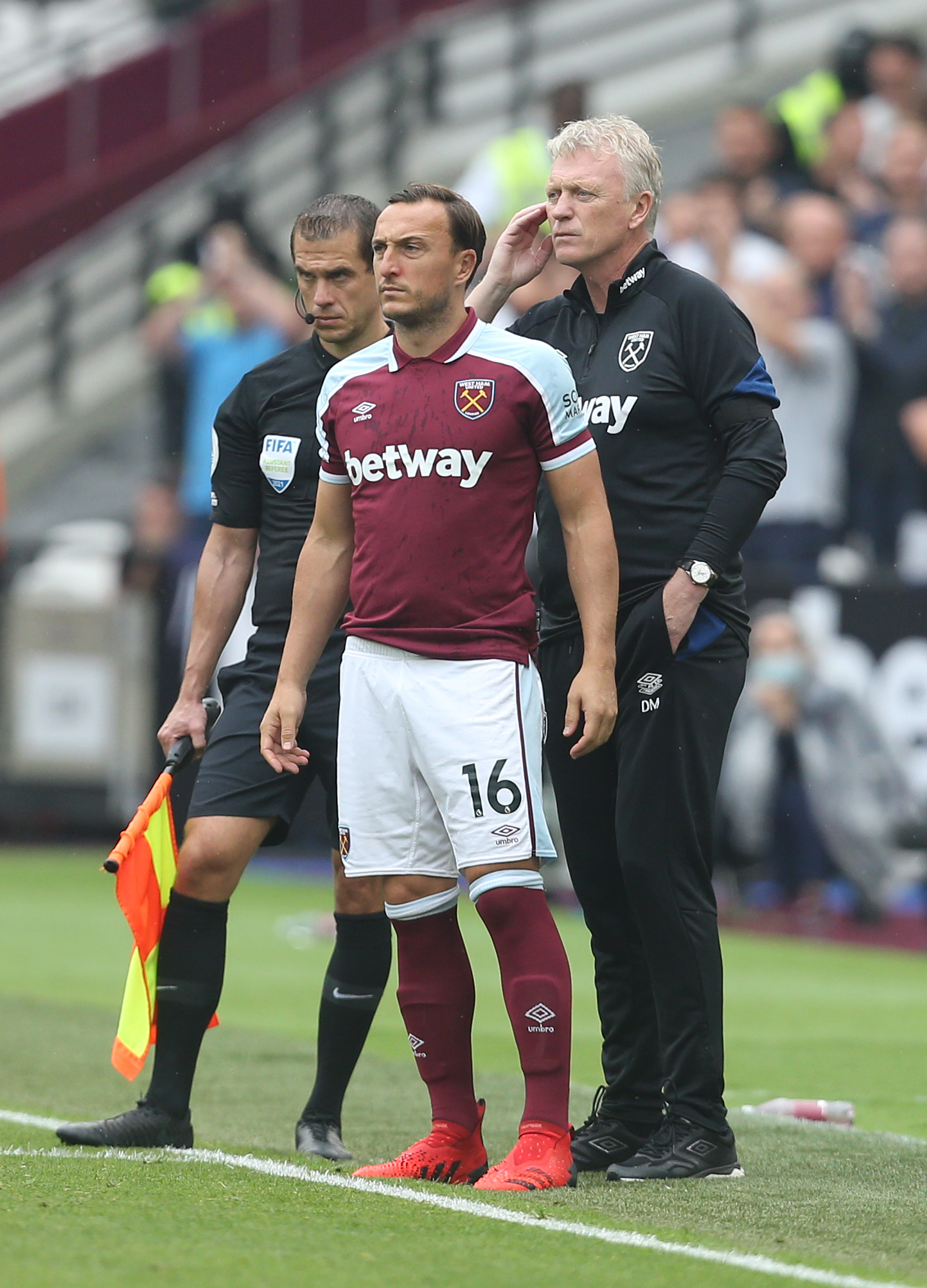 Moyes brought in Mark Noble to replace him by just 12 years in stop time and seal a thrilling draw, only to miss the opportunity for the first time in nearly five years.

United keeper De Gea’s superb save on the left saw him become a hero and end a run of 40 penalties without saving a single for club and country that went all the way back to 2016.

Hammers boss Moyes said: “Do I regret it? Not at all because Mark Noble is one of the best penalty kick takers we have.

“We had time to think about it, time to make that choice. My choice, my decision.

“We had a really good penalty kick taker sitting on the bench, I think I would have been more disappointed if I hadn’t decided.

“Because of his record I thought he was the one who would be best suited to take it.”

Ironically, only last month Moyes said he would love to be able to use Noble as his specialist penalty taker, the same way special teams are used in the NFL.

He said on 23 August: “It is a pity that the Premier League is not like American football where we can get Mark off the bench just to take a penalty because he is our specialist.

“He’s incredible and he keeps telling me he’s got one of the best records in Europe for conversion rates.”

De Gea admitted he previously thought he would face Declan Rice after Luke Shaw’s stoppage time handball – only to see the Hammers make a rush sub and a noble stride on the pitch.

He added: “It was the last minute, I saved. A huge three points for us.

“Going through my head was ‘save the ball’.”

Solskjaer said: “I’ve seen Mark Nobles on so many penalties. You felt down and out and you expected him to come and you only get one point

But I believe in David. He made a save against Crystal Palace last year and it was withdrawn as he was just a few blocks from his line.

“He’s a different guy. He asked to come back early from pre-season and he wanted to show how good he is. He’s very focused and he saved two points for us today.

In a thrilling game, United came down a goal through Saeed Benrahma to claim victory thanks to a surprising late strike from Cristiano Ronaldo and then Lingard.

The role of referee Martin Atkinson and VAR was under heavy scrutiny, with Ronaldo denied two spot-kicks, which boss Solskjaer insisted.

And West Ham felt even harder when Atkinson ruled Tomas Sousek after the United defender fouled Aaron Wan-Bissaka to clear the Czech midfielder in the field.

Solskjaer said: “First and last are stone walls and you can’t even argue against them. The boy puts his foot out and Cristiano runs straight and is fouled.

“Last one – Paul did a foul against Kurt Zouma. He didn’t touch him but he went over him so why isn’t Cristano’s third appeal a penalty?

“I am so happy for Jesse. Tuesday was a tough evening for him but he was knocked down and worked hard again. He has been the same bright positive lad and what a goal. Nice turn and great finish.”