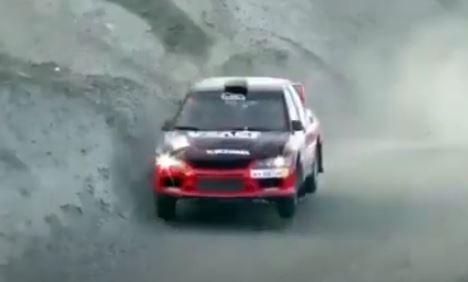 A pair of rally drivers miraculously escaped as they came out safely after their car was flipped seven times.

Russian driver Pavel Kozlov and his navigator Yuri Kulikov emerged without a scratch after the horror smash.

All this happened when Kozlov lost control over a minor bump on the ice surface.

This caused the car to turn to the right and it could not stop it from hitting the ice wall.

The car immediately overturned and then bounced off the ground and kept falling off the track.

Every inch of the rally car was hit by the flying of both the front and rear bumpers.

The tremendous force behind the vehicle made it look like it would never stop.

But thankfully, the car turned with Kozlov on his side and Kulikov managed to eject safely.

The pair represented the VRC-team competing in the final stage of Ecover-2021 in the Russian Rally Championship.

The event takes place in the Sverdlovsk region of Russia and is reportedly one of the toughest courses in the championship.

This was not the only accident of the race in which another car spun off the track in a less dramatic fashion.