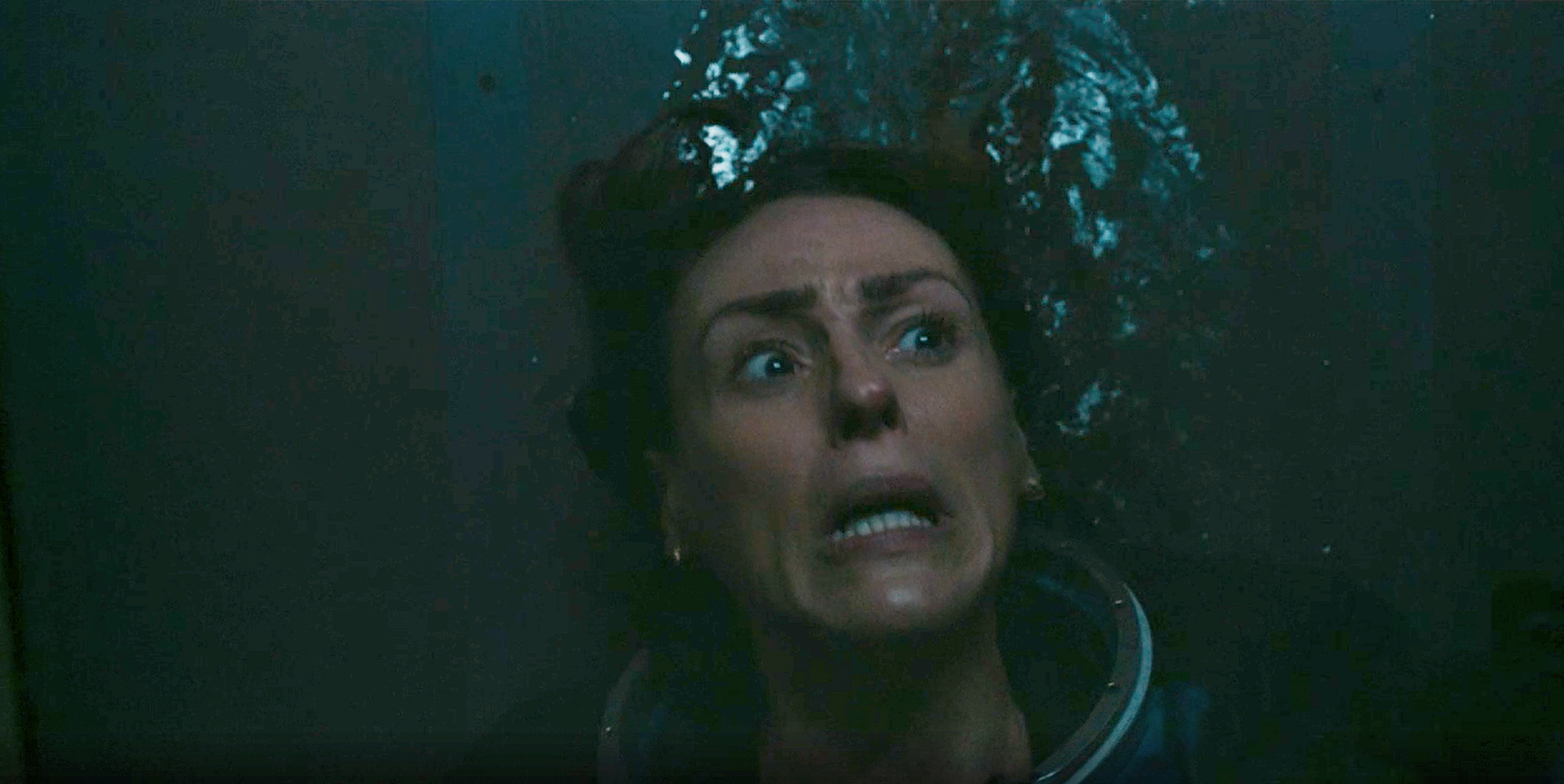 Viewers of Vigil described feeling ‘tense’ and ‘claustrophobic’ during the series finale.

The BBC drama brought the police into conflict with the Navy and British security services following the mysterious disappearance of a Scottish fishing trawler and a death aboard the Trident nuclear submarine.

DCI Amy Silva leads an investigation on land and at sea, with the action cut between the investigation in Glasgow, Scotland and the drama unfolding at sea.

Surren Jones plays DCI Silva on the BBC drama set on a submarine and begins the episode still stuck in a torpedo tube filled with water.

DCI Silva struggled to breathe as water flooded all around her when some submersible fired a tube of water through a computer screen, fortunately still not meant to be a rescue for her.

He kicked the door and cried for help as the detective struggled to get oxygen.

Silva falls in and out of consciousness as she remembers a dramatic fight between herself and fellow DS Kirsten Longacre (Rose Leslie), who is also investigating the murder from the ground up.

He whispered, “Come back.” As he watched in the flashback, Longacre was walking out of his house.

Silva eventually blacked out with the audience and felt very concerned for her safety.

One fan wrote on Twitter, “This episode is making me hold my breath and it’s making me nervous! #Vigil.”

Another added: “Never felt as claustrophobic as I am watching #Vigil.”

And a third wrote: “I don’t know why I do this to myself and watching #Vigil worries me the most.”

Moments later, the onlookers are again shocked when Lieutenant Commander Mark Prentiss (Adam James) rescues Silva and drags him out of the tube.

But as he tries to put Silva on her feet too bad to sound the alarm about the killer, he comes to silence them.

The men began fighting, with Doward doing the better of his superior and stabbing him as many times as a helpless Silva.

The fans watching at home could not believe that they were witnessing such graphic murder.

One person wrote, “I don’t think I’ve seen such a graphic murder before #Vigil. I don’t want to see another.”

Jones was also joined by Line of Duty star Martin Compston, who played the underwater specialist.

Vigil was written and created by BAFTA-nominated writer Tom Edge, who is known for The Crown and comes from the same producers as Line of Duty.

As true as the gripping story sounds, it is not based on real life events.

Speaking at a press event for the show, Edge said: “I think submarine warfare is going to dominate the next 10 years in a way that hasn’t been thought about for a while.”

The show will explore the existence of a nuclear deterrent submarine program and the ethical questions raised by the rising cost of submarines.

However, the peace camp in Vigil is inspired by the real-life Faslen peace camp.

The camp is located next to Faslane Naval Base in Scotland – home of the Trident nuclear program.

Vigil is available to watch on BBC iPlayer.