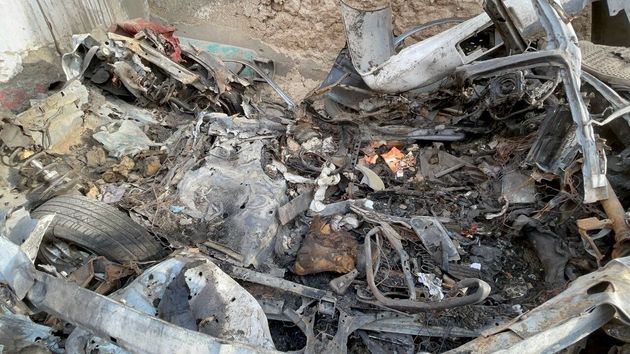 “It was a mistake and I sincerely apologize,” US General Frank McKenzie told reporters on Friday.

A senior US general has said that 10 civilians, including seven children, were killed in a US drone strike in Kabul last month.

“It was a mistake and I sincerely apologize,” US General Frank McKenzie, the head of US Central Command, told reporters on Friday.

He said he now believes it is not possible that the vehicle struck or those killed were Islamic State terrorists or a direct threat to the US military at Kabul’s airport.

He continued: “At the time of the strike, I was convinced that the strike had averted an imminent threat to our forces at the airport. Our investigation now concludes that the strike was a tragic mistake.”

McKenzie said the Pentagon is considering compensation for civilians killed.

Reports emerged almost immediately that civilians, including children, had been killed in the drone strike.

Zabihullah Mujahid, a spokesman for Afghanistan’s new Taliban rulers, said at the time that seven people had been killed in the attack.

- Advertisement - Dating apps aren’t for the faint-hearted, which is a lesson Today Morning’s Alison Hammond learned the...