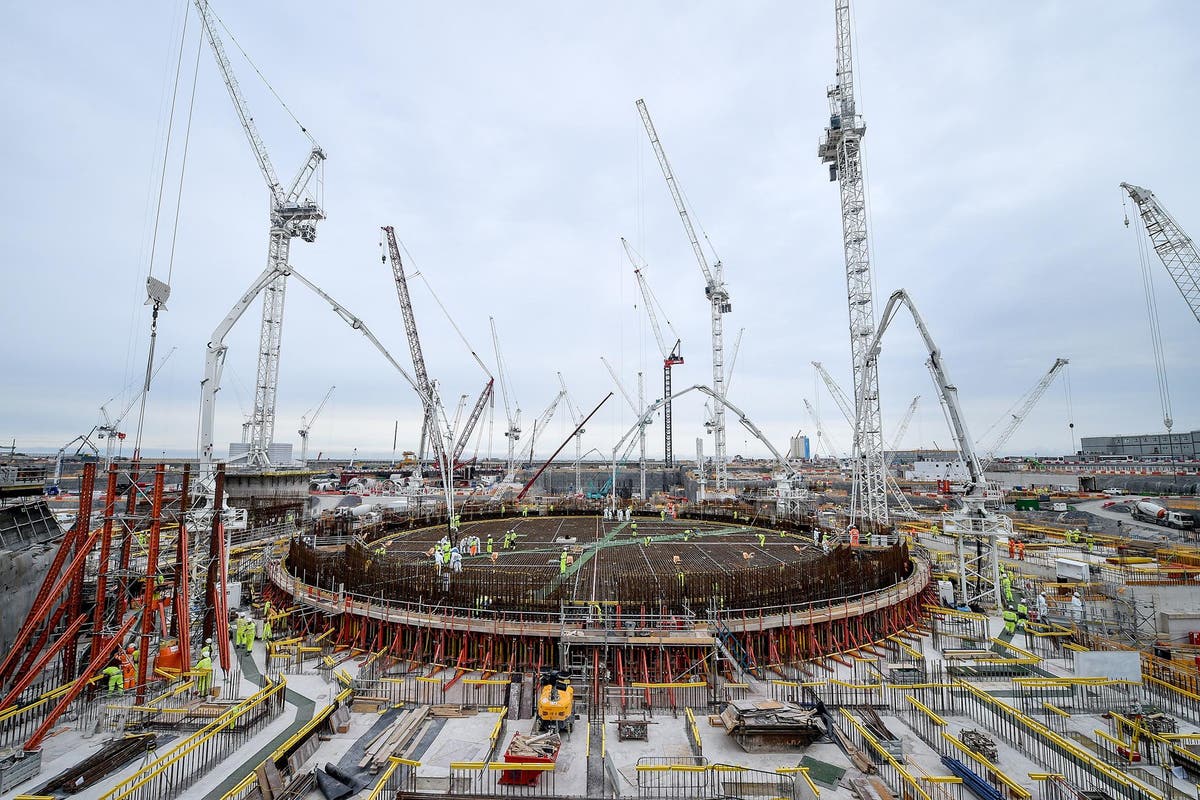 Washington is celebrating Britain’s effort to pull a Chinese company out of a sensitive nuclear power project, according to people familiar with US engagement on the issue.

The US, a longtime opponent of Britain’s energy ties with China, sees London’s plan to give up its 20 per cent stake in the Sizewell C nuclear plant in Suffolk to Chinese energy giant, CGN, as a long-standing struggle for a diplomatic victory. Is.

The British government’s unease over China’s grip on its energy sector has grown in recent months. Meanwhile, the Biden administration launched a new campaign earlier this year to protect energy infrastructure from attacks, including cyberattacks.

The plan was specifically designed keeping in mind the adversaries of Russia and China and their cyber-hostility, according to a person informed about the plan.

It comes as the UK has sought to further strengthen its close security ties with Washington in recent weeks, terming the trilateral nuclear submarine deal with the US and Australia an ‘aucus’. The agreement is part of a broader effort to “preserve security and stability in the Indo-Pacific”, Prime Minister Boris Johnson said in a statement earlier this month, which did not make direct reference to China.

The US is also investigating the energy security of its NATO allies and their dependence on China and Russia. Now, an effort by the British government to take control of the CGN stake is seen as a payoff for Washington, as it lobbied London over China’s ties to Britain’s sensitive nuclear power infrastructure.

“This is, of course, a victory for the US and for the UK. The serious threats to energy security are being rightly addressed by some countries,” said one of the same people familiar with US energy security policy.

Britain is holding CGN’s 20 per cent stake in the £20 billion Sizewell C nuclear plant project. According to a person familiar with the government’s thinking, the government may sell stake to institutional investors, or take it to the stock market.

EDF, which owns the remainder of the Sizewell project, and Hinkley Point C declined to comment. CGN did not respond to a request for comment.

There is no official figure that captures the full extent of Chinese ownership of British assets within the energy sector, in part because it is difficult to determine the extent to which the regime’s use of intermediaries. However, China has a substantial hold over many parts of Britain’s energy infrastructure.

The Chinese state, through its sovereign wealth fund, is interested in Cadant Gas, a UK gas distributor, after the Chinese Investment Corporation led a union To buy network from National Grid. State-backed Chinese companies also have stakes in renewable energy sites, including British oil and gas companies, and wind farms.

CGN is also involved with the French energy company EDF in building the Hinckley Point C site in Somerset, offering about a third of the investment in the site. Washington was troubled by both Sizewell and Hinckley projects, but was most concerned about plans for a plant at Bradwell-on-Sea in Essex, using China’s own nuclear reactor technology rather than following the more familiar European technology. could.

The same people familiar with US energy engagement expect China to pull out of the Bradwell-on-Sea project.

A government spokesman said: “CGN is a significant partner in Hinkley Point C and a shareholder in Sizewell C until the point of the government’s final investment decision. Negotiations are ongoing and no final decision has been taken.”

The government, which said it believes nuclear power is an important part of the energy mix as the UK tries to reduce its carbon emissions, is expected to change how to fund larger nuclear power projects going forward. Let’s go ahead with the new law on this.

The preferred approach is a regulated asset base (RAB) route, whereby investors can collect money from consumers through energy bills during the construction of a power plant.

A representative of the US government did not provide comment prior to publication.

Elon Musk blasts Jeff Bezos and says ‘you cannot sue your way to the Moon, no matter how good your lawyers are’ – after Blue Origin filed a lawsuit against NASA for choosing SpaceX to build its lunar lander

Do Germany’s Election Results Signal a Left Turn for Europe?