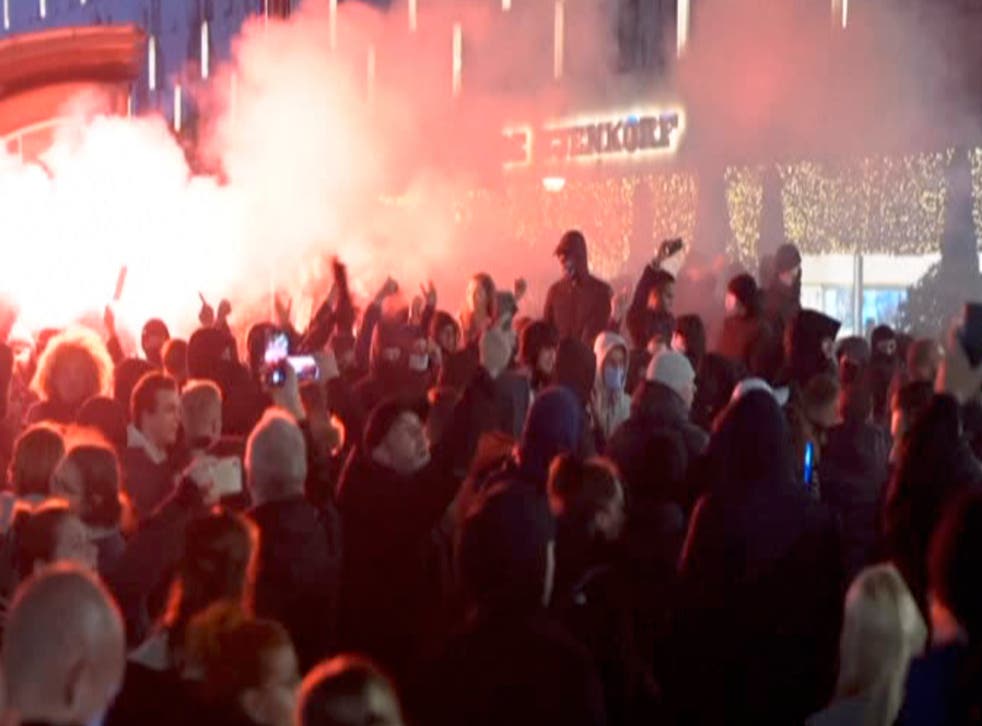 Two people were shot and several others were injured in a protest against the lockdown in Rotterdam on Friday.

The violent unrest was linked to the Dutch government’s plan to introduce a law that would prevent unvaccinated people from accessing select places, after a partial lockdown was reimposed a week ago.

Photos of the protest showed at least one police car caught fire and another with a bicycle breaking through the windscreen.

In response, police issued an emergency ordinance that shut down public transport and ordered people to go home. They used water cannons and fired warnings and direct shots in an attempt to disperse the crowd of hundreds of protesters.

Meanwhile, the lockdown is threatening holiday travel plans for thousands across Europe. On Monday, Austria reimposed a lockdown for anyone without vaccinations, and Germany is considering imposing a lockdown, after the cancellation of the Munich Christmas market, which was due to start at the end of next week. .

Kid Rock takes aim at critics, ‘snowflakes’ with new song ‘Don’t Tell Me How to Live’