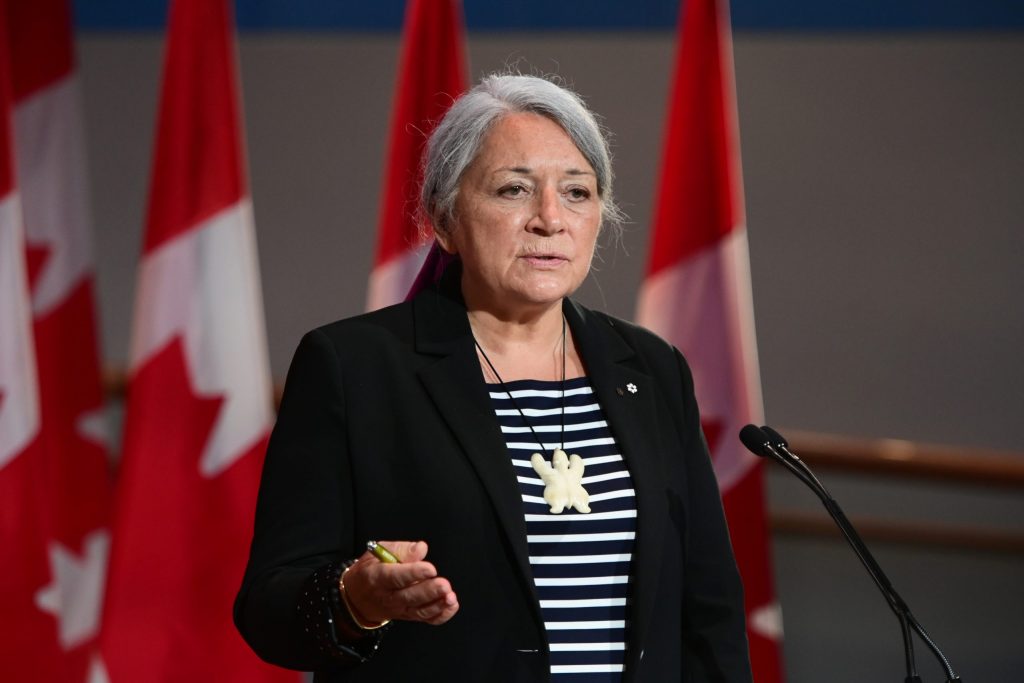 OTTAWA — Governor General Mary May Simon has some very personal thoughts on the eve of Canada’s first National Day of Truth and Reconciliation.

As the daughter of a white father and Inuk mother, May Simon says in a statement that she was not made to attend a residential school.

She was left behind and studied at home, while other children were expelled from their homes, separated from their families and sent to residential schools, where they were forced to speak an indigenous language or respect their culture. was not allowed.

May Simon, who was born in an Inuit village in northern Quebec, remembers families where the absence of children was an “obvious void”.

She says she became a “stand-in, a well-loved option” for parents who missed their own children dearly.

The survivors of the residential school told their stories at a ceremony on Parliament Hill Wednesday night before the inaugural Truth and Reconciliation Day.

Prime Minister Justin Trudeau says he appreciates the courage of residential school survivors and it couldn’t be easier for them to tell their stories.

At the ceremony in Parliament Hill ahead of the inaugural Truth and Reconciliation Day, Trudeau said that reconciliation means not only looking back and understanding the mistakes made in the past, but realizing that they are still shaping the country today. .

He says that while Canada is seen as a peace-loving place that respects people’s rights, it is also a country that has made big and terrible mistakes.

The prime minister says the challenges facing First Nations such as injustice, inequality, discrimination and racism can be traced back to decisions taken decades ago.

Trudeau says it is appropriate for everyone to hear the experiences of residential school survivors and know that they are every story in Canada.