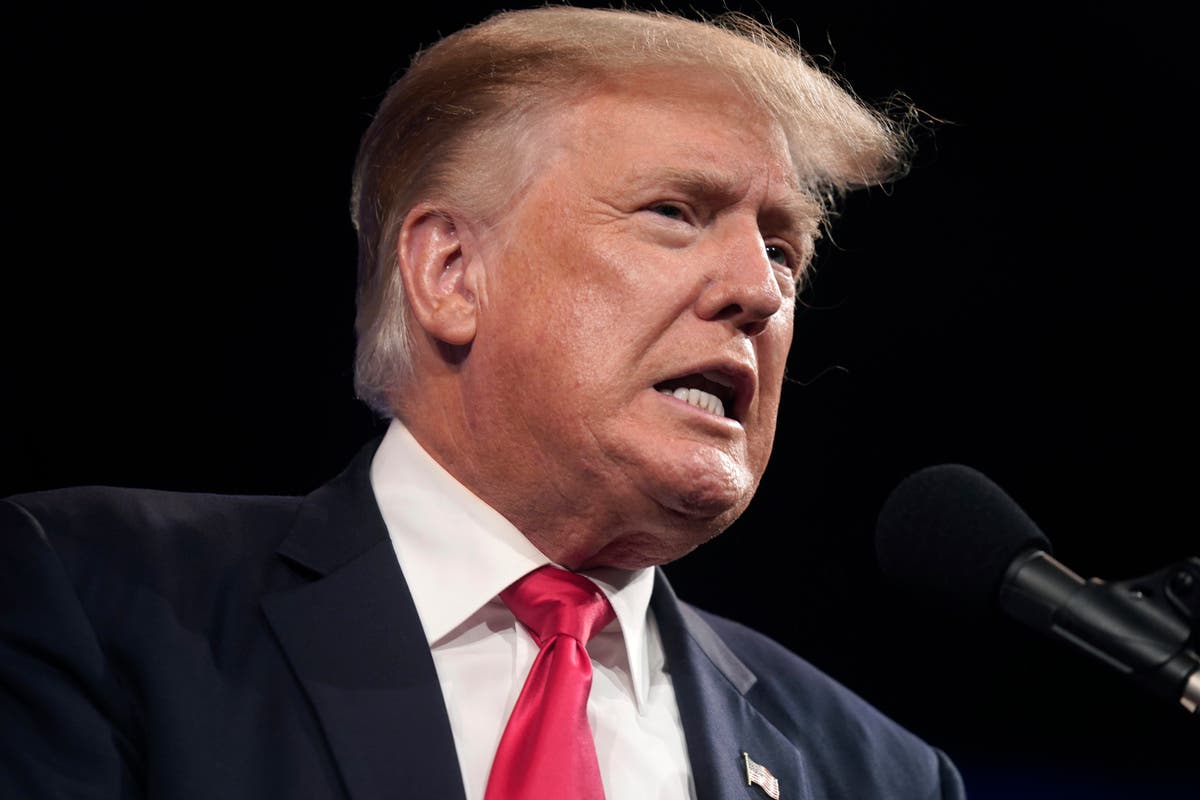 Former President Donald Trump on Tuesday sued his estranged niece and The New York Times over a 2018 story about his family’s estate and tax practices, which was partly based on confidential documents provided to the newspaper’s reporters.

Trump’s lawsuit, filed in state court in New York, accuses Mary Trump of violating a settlement agreement by disclosing tax records obtained in a dispute over the estate of family patriarch Fred Trump.

The lawsuit accuses the Times and its three investigative journalists, Susan Craig, David Barstow and Russell Buettner, of finding Mary Trump as a source of information and of convincing her to turn over the documents. The suit claims that the journalists knew the settlement agreement had barred them from disclosing the documents.

The Times story challenged Trump’s claims of self-made wealth by how his father, Fred, gave him at least $413 million over decades, including tax avoidance plans.

Mary Trump identified herself as the source of documents provided to the Times in a book published last year.

Trump’s lawsuit accuses Mary Trump, the Times, and its reporters of “motivated by personal vendetta” against her and a desire to advance a political agenda.

The lawsuit states that the defendants “engaged in an insidious conspiracy to obtain confidential and highly sensitive records, which they exploited to their advantage and used as a means to falsely legitimize their publicized works.” “

In a statement to NBC News, Mary Trump said of her uncle, “I think he’s a loser, and he’s going to throw anything he can against the wall. It’s desperation. The walls are closing in and he’s throwing anything against the wall that he thinks will stick. As usual in Donald’s case, he’ll try to change the subject.”

Times spokeswoman Danielle Rhoads Ha said the lawsuit is “an attempt to silence independent news organizations and we plan to vigorously defend against it.”

The Times’ coverage of Trump’s taxes, she said, “helped inform citizens through careful reporting on a topic of public interest.”

Trump is seeking $100 million in damages.

Trump followed suit nearly a year after Mary Trump sued over allegations that she and her two siblings defrauded her of millions of dollars over several decades while driving her out of the family business.

That matter is pending.

Trump’s lawsuit focuses only on the 2018 story of the Times, Pulitzer Prize finalists. It makes no mention of another Times scoop on Trump’s taxes last year, which found he paid no federal income taxes in 10 of the past 15 years.

According to the lawsuit, Mary Trump came into possession of more than 40,000 pages of “highly sensitive, proprietary, private and confidential documents” through a legal case involving Fred Trump’s will.

In 2001, nearly two years after Fred Trump’s death, Mary Trump and other family members entered into a settlement agreement with confidentiality and non-disclosure clauses that allowed them, among other places, newspaper stories, Trump’s lawsuit. Barred from sharing information about Trump’s assets. said. The settlement also included the estate of Fred’s wife, Mary Anne Trump, who died in 2000.

Trump, who has repeatedly bashed the Times during his presidency as a “failed New York Times”, noted in the lawsuit that the 2018 article was viewed more online than any previous Times article and The New York Times Co. Its share price had jumped 7.4% in the week. He ran.

The Times story states that Donald Trump and his father evaded gift and inheritance taxes in ways including setting up a sham corporation and undervaluing property to tax officials. The Times says its report was based on more than 100,000 pages of financial documents, including confidential tax returns from the father and his companies.

Mary Trump’s book, “Too Much and Never Enough: How My Family Created the World’s Most Dangerous Man,” debuted in the middle of Donald Trump’s re-election campaign last year. The court unsuccessfully tried to block publication of the book, citing a 2001 settlement by Donald Trump’s brother, Robert.

Ruling in favor of Mary Trump, a judge said the privacy clause, “seen in the context of the current Trump family circumstances in 2020, ‘…would offend public policy in the form of a prior restraint on protected speech.”

In the book, Mary Trump set about providing the family’s financial records, which underpin the Times’ reporting. The book sold over 1.3 million copies in its first week and reached #1 on the Times bestseller list.

In an interview associated with the book’s release, Mary Trump told ABC’s George Stephanopoulos that she doesn’t think the non-disclosure agreement “musts one way or the other because what I have to say is very important.”

- Advertisement - Murphy campaign official said the plan was hidden for fear of losing the support of independents...

- Advertisement - “Ariel Henry must resign because he has lost the confidence of the nation and he has...

- Advertisement - A debate has broken out between the two candidates on what should be the role of...

‘Below Deck Mediterranean’: Hannah Ferrier Reveals Who She Texted in the Bathroom After Her Confrontation With Captain Sandy