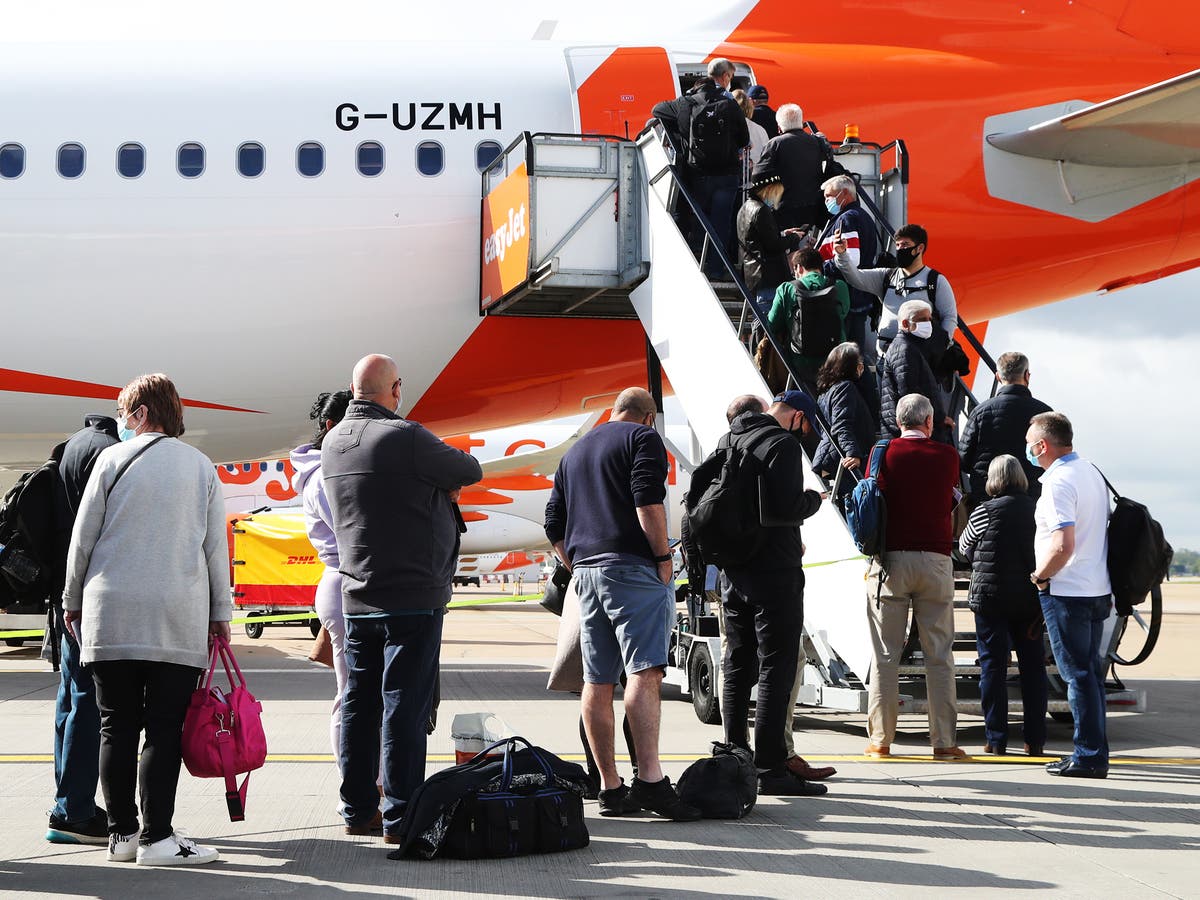 Holiday bookings are expected to rise this weekend after easing travel rules, which saw the Amber List in favor of a single list of places that require hotel quarantine upon return to England.

Meanwhile, a new tool has found that certain groups remain more vulnerable to the virus after vaccination.

The QCovid tool, developed by scientists at the University of Oxford, shows that immunocompromised people, and those with chronic disorders such as dementia, Parkinson’s or kidney disease, are still at higher risk of hospitalization or death from COVID, when compared to the rest of the population. Vaccination is done in .

Chris Parker, director of capacity and commercial performance at DFDS Ferry, said his company welcomed the change to the travel rules system.

“It will make it a lot easier for customers to understand what they need to do,” he said on BBC Radio 4’s Today programme.

Mr Parker said there was an increase in the number of visitors to the DFDS website yesterday and there was an “up” in bookings since October.

Mr Parker estimated that the ferry company saw only 20 per cent of the number of bookings this year saw in 2019.

New tool identifies groups most at risk from COVID after vaccination

Scientists at the University of Oxford have developed a new tool that predicts which groups are most at risk from COVID-19 after vaccination.

The QCovid tool found that immunosuppressed people and people with chronic disorders such as dementia, Parkinson’s or kidney disease were at higher risk of hospitalization or death from COVID after vaccination than the rest of the population.

Age and ethnicity are also included in the risk outcomes.

Samuel Lovett, the science correspondent, has the details:

While the risk of severe COVID-19 after vaccination remains low, some people are more vulnerable than others, research shows.

Expect a jump in travel as firms see bookings spike

Holiday bookings are expected to rise after the government announced easing of international travel rules, but concerns have been raised over a changed approach to COVID-19 testing.

Alan French, chief executive of travel firm Thomas Cook, said bookings for the October half-term were 200 percent higher than in August and he expected the figure to rise as a result of the changed arrangements.

“Based on our bookings already today, I expect this weekend to be the biggest of the year, as people take advantage of the great deals on offer, new easier rules on testing and a simplified system for international travel,” he said. . .

Andrew Flintham, managing director of holiday company TUI UK, said he has already seen “an uptick in bookings for Turkey in October” and expects customer confidence to increase with the new rules.

Online travel agency Skyscanner said it saw a 133 percent increase in traffic in the 30 minutes after Mr Shapps’ announcement, while there was a “huge increase” in searches for destinations such as Turkey and the Maldives in anticipation of Friday’s news.

Coral reef cover has been decimated by HALF since the 1950s thanks to climate change, study warns