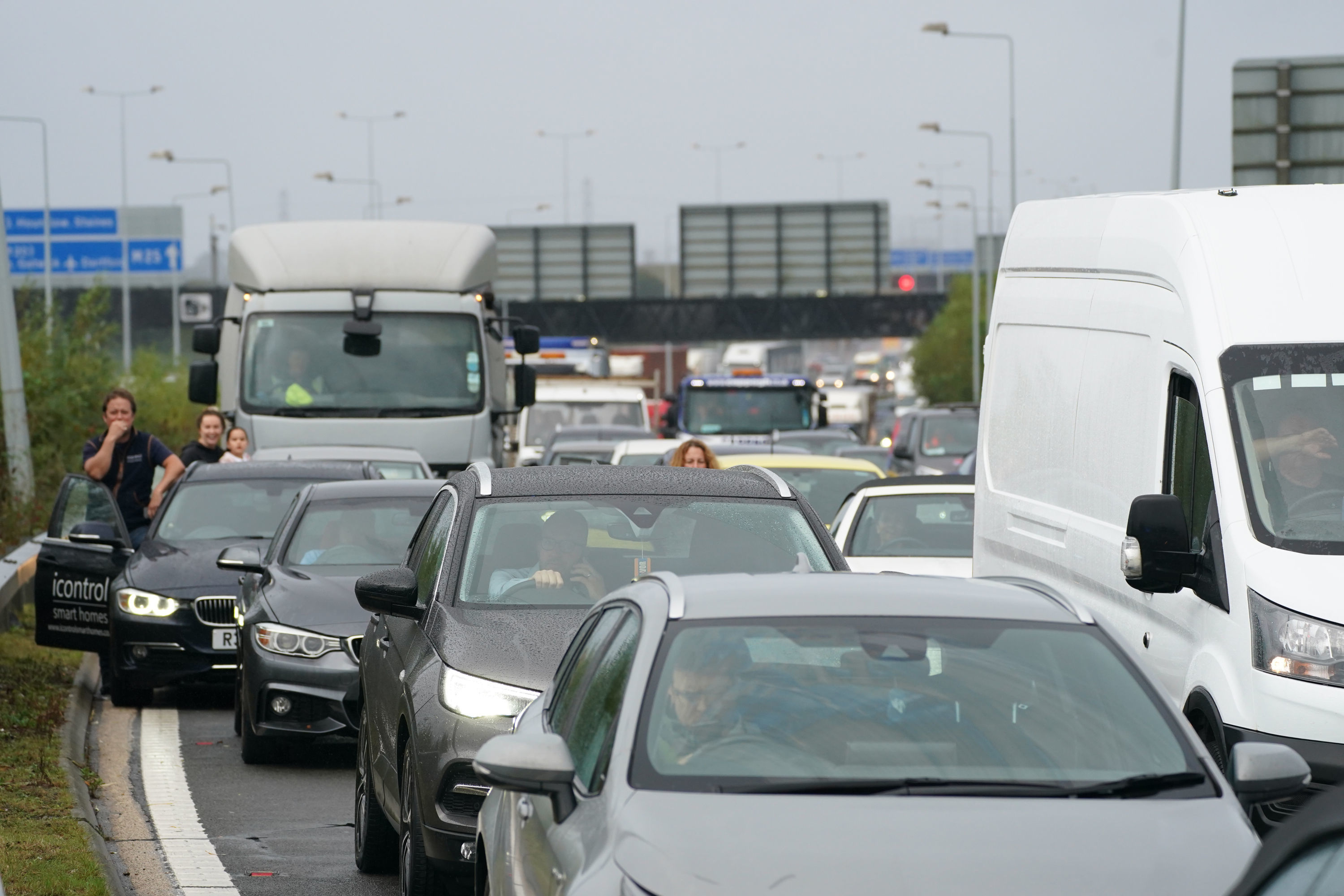 Traffic chaos on Britain’s busiest motorway this morning as eco-morons defied a court order to re-block the carriageway.

Insulate Britain’s oddball erected a barricade on the M25 at Junction 14 near Heathrow just after 8am.

This is the sixth time the group has blocked a motorway in just a fortnight. Police are on the spot and several arrests have been made.

The footage showed fed up officers pulling the rioters off the road with their arms. It is believed that now the road is completely cleared.

More than 50 people took part in the pitiful stunt this morning.

Last week, Transportation Secretary Grant Shapps announced the government had been granted a second injunction that would allow courts to jail those who block roads.

This morning’s protest is in direct defiance of the order – that is, preachers could be sent to jail.

But despite this, hypocritical spokesman Liam Norton – who became a national laughing stock last week after attacking Good Morning Britain – vowed that he and his partner Green Loon are “not going anywhere”.

“You can deprive us of our freedom and put us behind bars. But that’s only shooting the messenger,” he said.

Today, Susanna Reed said the group has “brought grief to motorists” at a time when petrol pumps are running dry and supermarket heads have warned that shelves could be empty at Christmas.

Announcing the news on GMB, he said members were “ignoring prison threats”.

“They say they are happily accepting the consequences of their actions today,” she said.

A few days ago, she clashed with him in the studio after accusing Liam of patronizing her. It’s when he awkwardly tries to discuss this particular revelation that his own home remains untouched.

And she said that Priti Patel is “just trying to intimidate” the protesters.

“You can’t ban hunger, you can’t ban physics, and we fear for the future of our children,” she said.

When asked about breaking the order, she said: “I wouldn’t say we are happy, we are putting things in a bigger context.

“We’re tired of having to choose between heating or eating over seven million people and we know it’s going to get worse with the energy crisis we’re facing right now.”

It comes days after protesters shook hands with lorries at the Port of Dover, right in the middle of the country’s HGV driver shortage.

Campaigners are calling on the British government to ensure that all homes are optimally insulated.

They claim that every year 8,500 people die unnecessarily due to cold homes in Britain.

There have been more furious scenes as furious motorists respond to each blockage of the group.

As Kent Police arrested 39 people last week, drivers were forced to clap and cheer while one shouted: “Insulate Britain? From whom?

“We need insulation from you.”

Dover City Councilor Neil Ricks, who owns NTRix Scaffolding and Demolition, told Kent Online: “I have the lorry and the staff stuck. To be honest it’s an absolute nuisance.

“We have contractors waiting for the scaffolding to go up, but we’ve got three lorries stuck and about 23 people.

“It’s costing us thousands of pounds.

‘We’re talking to everyone’

“It’s just creating blockages for everyone in the city. It’s not fair and it’s not right. Before you know it all the roads in the city will be blocked.

“It’s very selfish of them. It’s spending money when we’re trying to get out of a pandemic.

“I don’t think these guys are from Dover.”

“Peaceful protest is the cornerstone of our democracy and people will always have room to raise their voices, but it is not on busy roads or important ports that lives are at risk,” he said.

“The demonstrations we have seen over the past few weeks have wreaked havoc on our streets, disrupting thousands of people and putting lives at risk, and we are taking action to prevent this type of guerrilla tactics in the future. “