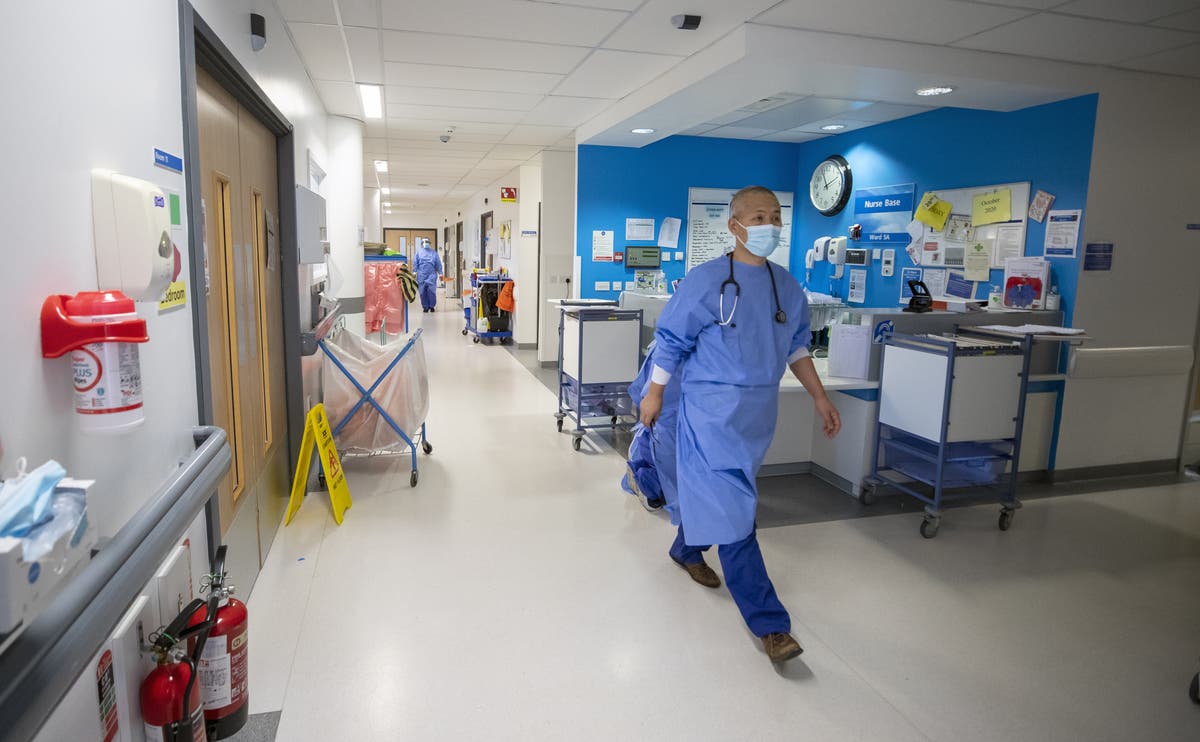 Nearly three-quarters of NHS workers have considered leaving healthcare in the past 12 months, according to a new survey.

Research by the Healthcare Workers Foundation (HWF) charity and its affiliate NHS Million found that employees were concerned about their mental health and wellbeing.

The NHS has gone through one of the busiest periods in its seven-decade-long history due to the coronavirus pandemic, with stress on staff at all levels.

Employees are also embroiled in a row with the government over wages and recently turned down a proposal for a 3 per cent hike, which was termed “totally unacceptable” by a nurses union. Ministers said the proposal was justified.

The HWF survey found that in addition to concerns about mental health and conditions, workers are concerned that simple problems such as a lack of staff break rooms remain undiagnosed.

73 percent of those surveyed said they had considered leaving the NHS in the past 12 months, while 52 percent said they did not have workplace wellbeing initiatives or were considering leaving the staff rooms next year.

Overall, nearly one in three — 31 percent — of the 1,112 people asked in July said they were likely to find a new job before next winter. Nearly half of respondents said they would not recommend the NHS as an employer, while 69 per cent said they feel under pressure to work when they are unwell.

He said job satisfaction, work environment and pay were the three most important elements of an NHS position.

“These findings will come as no surprise to anyone who has ever worked in the NHS, but we hope that facilitating communication about this important topic between the public and trusts will help everyone realize that we are still not meeting the basic needs of their healthcare workers, said HWF President Dr Dominic Pimenta.

“The ethical case for improving working conditions for healthcare workers is very clear, but what is highlighted in this survey is the economic matter. With one in three employees considering leaving the NHS in the next 12 months, spending a little to improve conditions now will help save billions in the future, and now is the time to act.

HWF has partnered with a campaign group NHS Millions to renovate rest homes for workers.

She continued: “Earlier, doctors had nowhere to rest overnight, much less to lay down their heads before the drive home. As a tertiary centre, many doctors are housed here from across the deanery , which means that some are coming more than three hours a day.

“Being able to take a nap and get a proper coffee before a drive has made all the difference. The last 18 months have been tough for all of us, especially spending hours without proper leisure in PPE.”

Commenting on the survey findings, NHS Million founder, Joseph Blunden, said: “Trusts across the country have an endless list of priorities, so it is understandable that these types of facilities are not at the top of their agenda.

“We are here to work with them to transform these spaces and provide healthcare workers with new and better rooms so that they can perform at their peak. We work closely with trusts to deliver this important initiative. Really excited to do where there’s obviously strong interest from people who are on the front lines.”

Granthshala NHS England and the Department of Health and Social Care have been contacted for comment.