There are new rules for employment insurance. Here’s what you need to know 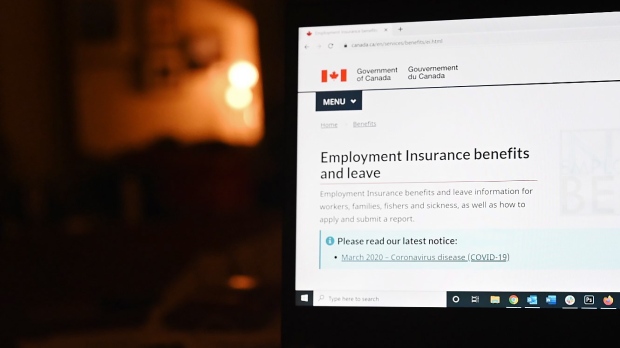 OTTAWA – The employment insurance system is gearing up for another round of pandemic-related changes to come into force on Sunday. Here are some of the key changes that will be applicable to new claims of benefits made from September 26.

EI applicants need to work a minimum number of hours to qualify for benefits. In the past, this number has been around 600 hours, although this number varied in different parts of the country depending on local labor market conditions.

Many workers have cut their hours during the pandemic, meaning they may not have worked enough hours to qualify.

During the past year, all new EI applicants received an hourly top-up to help qualify, but that disappears on Sundays. In its place there would be a similar requirement to work 420 hours.

Uniform hours will be required for one year until September 24, 2022.

The government also requires a medical certificate to prove that the applicant is ill and cannot work to receive the EI sickness benefit. This requirement was temporarily waived as of last year due to COVID-19.

The weekly floor on benefits will decrease from $500 to $300, corresponding to the value of payments under Canada Recovery Benefit, available to those who do not qualify for EI.

The weekly floor is planned to be implemented on claims made between September 26 and November 20.

The duration and value of benefits will be calculated once again using regional unemployment rates, which were temporarily replaced by a uniform unemployment rate of 13.1 percent over the previous year.

EI officers will also use simplified rules for severance and leave pay so that claimants can start getting benefits soon. Payments can delay the onset and value of benefits.

However, any fresh EI claims after the expiry of the waiting period as compared to the previous year will have to once again wait for one week before benefits flow.

Anyone with an existing EI claim will not see any change in the value or duration of their benefits with these new rules.

Also, seasonal workers in 13 regions will be eligible for five additional weeks of EI regular benefits until October 2022.

The pilot project provides additional weeks to seasonal workers who began a claim between August 5, 2018 and the following October 30, provided they have had three claims for regular or fishing benefits in the past five years, and At least two started around the same time of year.

This report by The Canadian Press was first published on September 25, 2021.

Could you be forced to sell your home? What happens if you’re faced with a compulsory purchase order

Whales So Close You Can Touch Them: A Family Adventure in Canada

Whales So Close You Can Touch Them: A Family Adventure in Canada