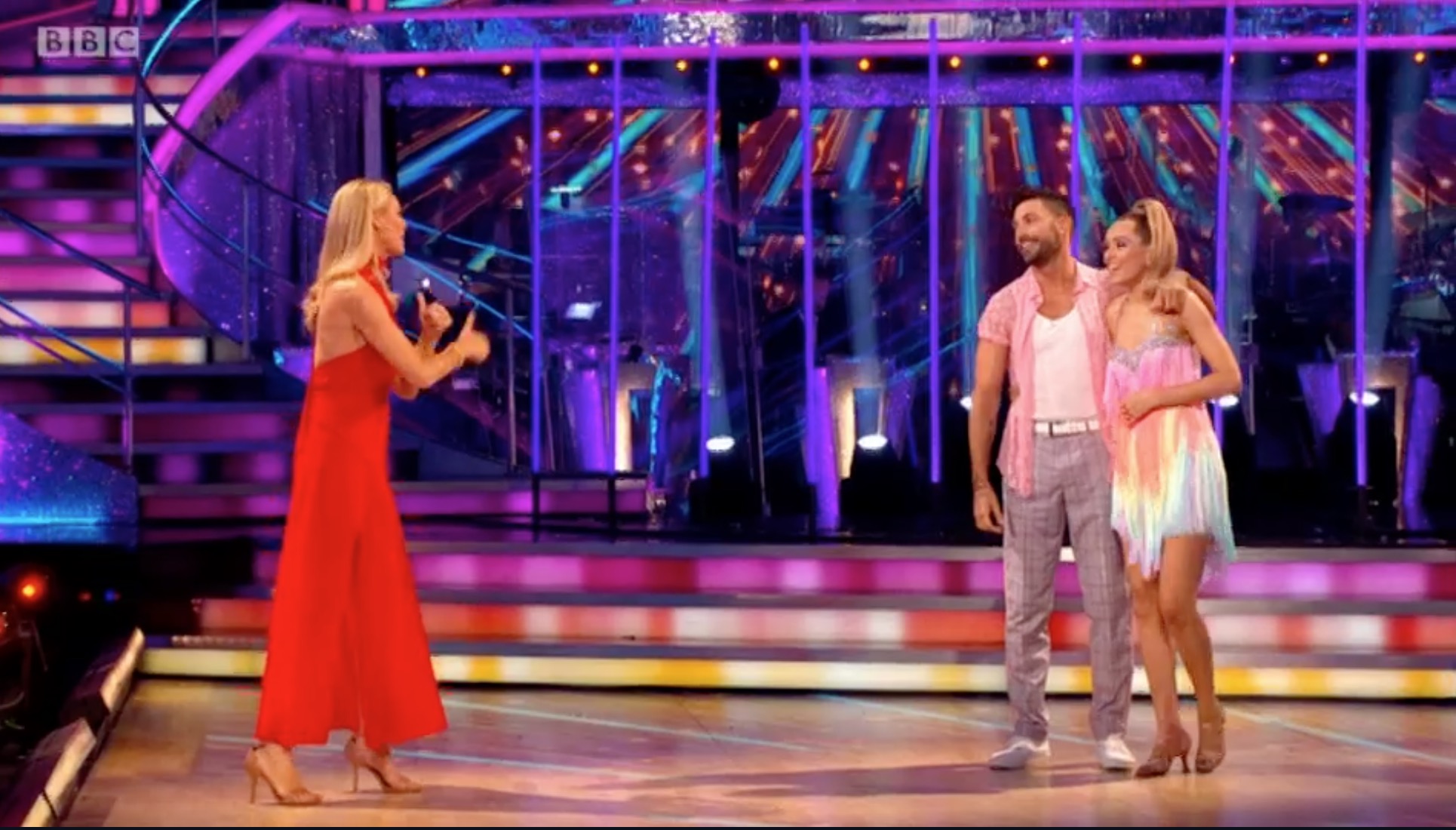 Strictly Come Dancing star Rose Ayling-Ellis’s historic moment as the first deaf contestant was cheered on by the sign language cast and crew.

The EastEnders actress did her first routine – a jive for Taylor Swift’s Shake It Off – this Saturday evening with pro partner Giovanni Pernis.

At the end of the high-energy routine, the entire cast and crew were seen using an ‘applause’ sign on their feet, with Tess Daly continuing to speak to them using British Sign Language.

He told Rose: “Congratulations, you really make a great team.”

Rose is joined on the series by her interpreter, who is ready to help during rehearsals and also during discussions so that the star can understand the reaction.

The actress was also seen teaching Giovanni how to talk by teaching him a few words in sign language.

The team went as far as to ensure that fans got emotional with Rose attempting to be as involved as possible.

Speaking on Twitter, one fan wrote, “Everyone is trying to sign for Rose On” [Strictly] are cute she was incredible and i love her partnership [Giovanni] I think there will be more inclusivity than the interpreter is visible to all of us. ”

“Big fans of people other than Giovanni are learning some basic signs to talk to Rose, it should always be like this,” said another.

A third addition: “So impressed by Rose and so important to see sign language on TV’s biggest show!”

“Feel so emotional that seeing a rose [strictly] Tonight,” added a quarter. “Dancing was always my favorite thing to do before I lost my hearing, so watching a deaf artist dance with so much grace, so beautifully is everything to me. [Rose] You are about to change the world. Thank you.”

Rose and Giovanni earned 22 out of 40 for their performances, with Shirley spreading the wings with just one four, while Craig Ravel Horwood, Motsi Mabuse and Anton du Beke gave them six each.