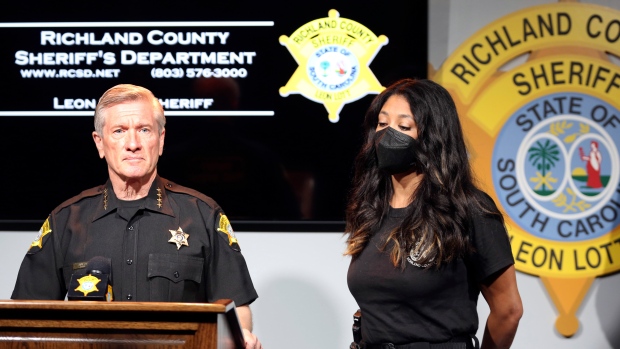 COLOMBIA, SC — A sheriff said no charges would be filed against a South Carolina father whose 20-month-old boy died of heatstroke after he forgot to drop them off at daycare and left them in his vehicle because he was excessively hot. The work was under pressure.

Watching investigators interview was one of the most heartbreaking things for the father, Richland County Sheriff Leon Lott said he has seen in his 46 years in law enforcement.

Investigators said the father found his sons dead, strapped to their car seats, on the afternoon of September 1, when he went to the daycare in Blywood and was told the children were not there.

The father worked at a nearby manufacturing plant and work problems clouded his mind that day, the sheriff said.

“Father was under some intense pressure at work that his mind was actually somewhere else that day. In his mind, he really believed that he left the two boys in day care,” Lott said.

After a thorough investigation, the sheriff said what stuck in his mind was the interview with the distraught father, whose name he did not release because no charges were filed.

“The pure feeling that came out wasn’t something you could fake,” Lott said.

The coroner said deaths could be prevented with alarms when a child is left in the back seat of an SUV or if the daycare called the family when the sons did not arrive.

Both the sheriff and the coroner prayed for the family and community as they deal with the deaths.

“Everyone involved in this case has been affected by this. The coroner’s office, the EMS workers, the dispatcher, our representatives have all gone through the consultations,” Lott said.

An earlier version of this report misspelled Bryson McDaniel’s name.