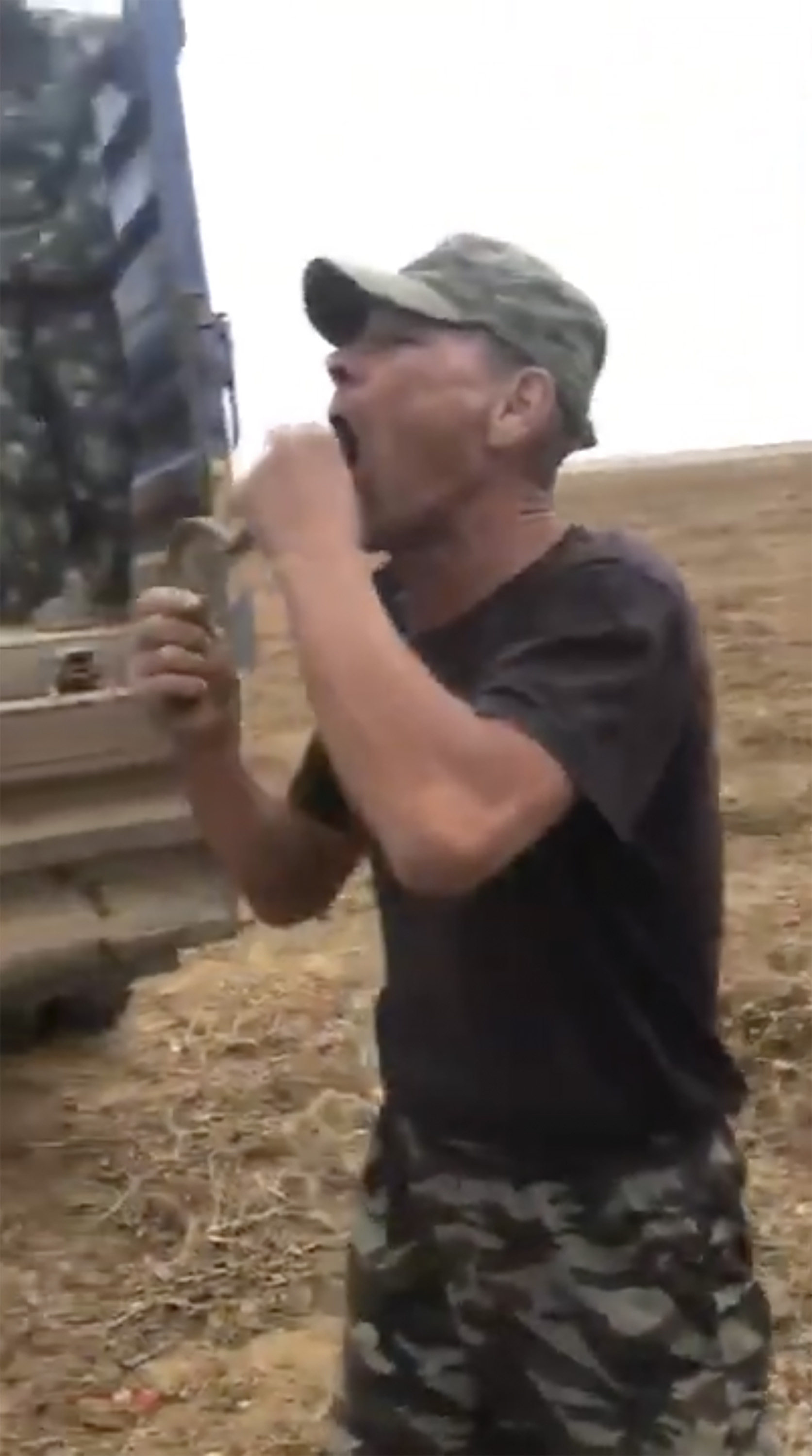 A snake-swallowing adventurer has died of a terrifying allergic reaction to the tongue and throat of a snakebite.

Video footage shows a 55-year-old farm worker demonstrating to his colleagues in a watermelon field in Astrakhan, Russia, where he traps the dangerous reptile in his mouth.

Reports say that the man had placed the steppe viper down his throat twice, but on the third attempt, the snake bit his tongue.

While the snake is venomous, its bite should not be fatal to humans.

But hours later the unidentified watermelon farmer was hospitalized and diagnosed with Quincke’s inflammation after swelling in his tongue and throat.

It was reported that he had suffered anaphylactic shock.

One report stated that his tongue “barely could fit in the mouth” and that he was gasping for breath.

According to Antarkhan 24, the frantic efforts of doctors at the Kharablinsky District Hospital failed to save him.

Reports say that snake-swallowing is a popular trick among the locals.

News outlet Punkt-A confirmed through a local vet that the snake was a steppe viper found among the stems of a picked watermelon.

“Step viper is venomous, but only insects can be afraid of it,” the report said.

“For humans, poison is not dangerous.”

The agricultural worker “died outright from an allergic reaction that can accompany a wasp sting”.

The report urged the local people to refrain from swallowing the snakes.

“You simply shouldn’t try to swallow a snake or do any other experiment if you’re not sure it might end up unfavourable for you.”