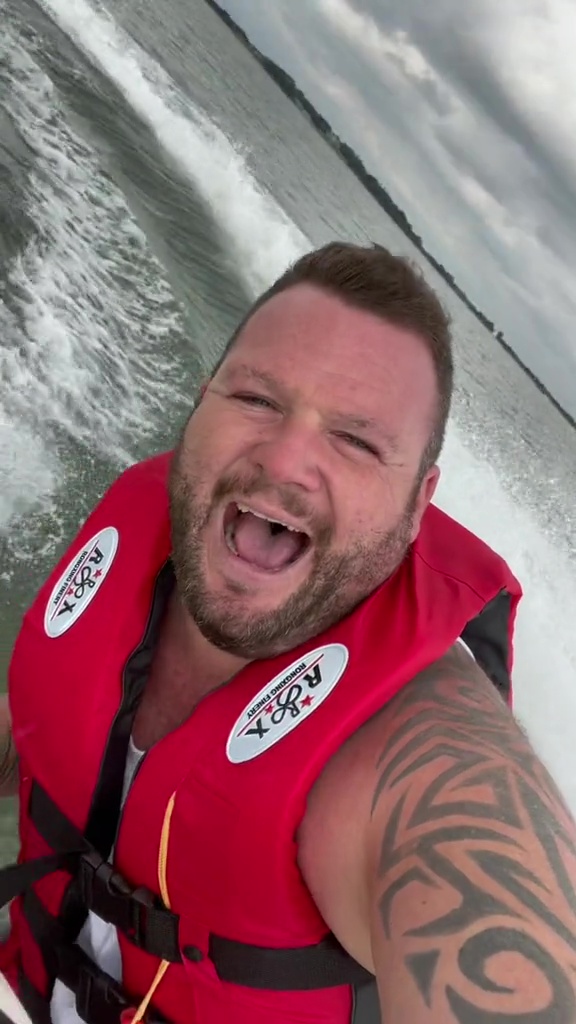 A family of TikTok influencers have defended their lavish purchase after fans raised £50k to fix their Firebomb house.

The Smithies, as they are known to their 3.3 million followers, were petrol-bombed in July at their south London home by thugs while they were sleeping.

Former builder Nick Smith, his partner Jess, and their four children were unhurt.

But after sharing his plight on TikTok, a GoFundMe page was created to help him.

But Nick, 33, has now rebuked trolls who accused the family of splashing cash on a new Audi and jet-ski, claiming he donated most of the cash to charity.

He posted a video of himself laughing and smiling at the expensive purchase on the video-sharing site.

He said: “It’s been crazy since GoFundMe. We didn’t ask for it, we didn’t want it.

“There was £47k raised in total, out of that money we have donated £30k so far, and we still have some more that we are going to sign in the next few weeks.

“I posted that video because I wanted to point a finger at trolls, especially when we give back so much and have had our own fundraisers in the past.

“We have seen the worst kind of trolling in everything that has happened since the fire, and the video was just trying to point fingers at the trolls.

“We choose what we want to put out, and there are terrible people who just make things up for themselves.

“I’m a positive person most of the time, and I try to put myself in a good place for the day every morning.

“But no matter who you are, people struggle. I know that people count on us for a positive attitude, so I can be there for other people even when I’m feeling at their lowest.” I try to stay positive.

“Of course sometimes I bite, and that jet-ski video is an example of me doing that.”

The content creator also took a jibe at trolls who mocked him for not fixing the windscreen of his car despite the crowdfunded money.

Nick has slammed TikTok for its lack of safety and care in the aftermath of the fire, despite offering to work with him to help improve the platform.

He continued: “My stepfather died two weeks before the fire, and we decided we would pay for the funeral and then pay for the car repairs months later.

“But people obviously don’t know the whole story, and everyone was commenting that we didn’t have money to fix the windscreen, but to buy jet-skis.

“Money is not always available all the time, and like many people we have to move things around at times to access it.

“I cannot handle more comments on my videos, earlier we used to post around thirty videos in a day, but now it is very less.

“Other social media platforms reached out to us after the fire, but it took TikTok three weeks to remove the video containing the leaked address.

I can no longer handle comments on our videos.

“We finally got the response from TikTok and we were shocked and disappointed as they have let us down.

“They’ve given us this platform, which we love, and we built up a following and then hung us up to dry.

“I was a builder before that, I don’t know about social media and it’s not always positive and you didn’t know you need to be careful about what you are putting out there.

“We reported 800 different accounts to TikTok, but they just kept coming back strong, they were all harassing and bullying.

“What happened to us could easily have happened to someone else, there are crazy people out there who do fine.”

In the July fires, their home in Welling, south east London, was engulfed in flames and destroyed.

Firefighters put out the fire and police launched an investigation with the release of CCTV images of a suspect’s car.