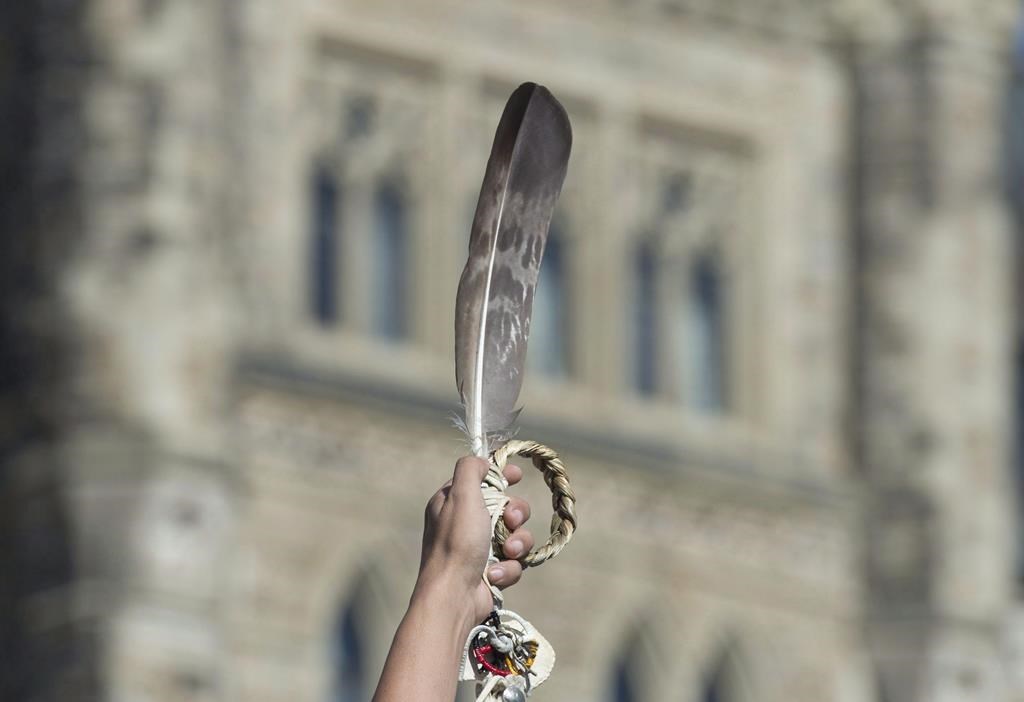 OTTAWA (Granthshala) The Algonquin elder Claudette Commanda takes a few seconds to ponder the question—and wrap her mind around the answer. or lack of answers.

Asked to look back at the progress the Canadian government has made in implementing it over the past six years 94 Call to Action of Truth and Reconciliation Commission, the commanda is first tongue-tied.

As Canada prepares to recognize Thursday as the first National Day for Truth and Reconciliation, the hesitation of the Algonquin elder says it all.

“What progress? … there is still a lot of work that needs to be done on the 94 call to action from a first nation perspective. I don’t really see any call to action being fully implemented,” said Commanda, an Algonquin Anishinaabe from Kitigan Zebi Anishinabeg First Nation.

“I think a lot of them were basically, ‘pick and choose which ones to be a priority,’ and let’s take some sort of action on each of them so that we can score brownie points and we can maintain our image. We Strengthen your image and your ties with First Nations or Indigenous peoples.’

“But really, I mean, six years? Ninety-four? All of them should have been implemented by now. All. Not just implemented, but acted upon.”

SEE: Full reading of the Truth and Reconciliation Report (CPAC) in December 2015

This week, Granthshala is taking a closer look at Indigenous issues, leading up to the National Day of Truth and Reconciliation Thursday, also known as Orange Shirt Day.

It will be a day of contemplation, mourning and education for the commanda.

But he hopes Canadians across the country will also reflect on the living conditions in Indigenous communities, Canada’s history of residential schools, missing and murdered Indigenous women and girls, or the lack of access to clean water in many northern communities.

“What I’m thinking are all the kids who didn’t make it home,” she said. “Families, communities, nations who are mourning. I am thinking of all the residential school survivors. Those who are here and their families too.

“The trauma doesn’t go away.”

The creation of a national holiday was one of the Truth and Reconciliation Commission’s 94 calls to action, established this year by Justin Trudeau’s federal government. The day is a statutory holiday for all federal employees and federally regulated workplaces.

Alberta, Ontario and Quebec have not enacted leave legislation provincially. In the Atlantic, New Brunswick, Prince Edward Island, and Newfoundland and Labrador will also not celebrate the day at the provincial level.

British Columbia, Manitoba, Nova Scotia and the Northwest Territories are planning to celebrate this day.

In addition to the national holiday, Ottawa conducted the National Investigation of Missing and Murdered Indigenous Women and Girls (MMIWG), provided funding for First Nations children in care, and passed an Indigenous Languages ​​Act.

But Indigenous lawyer and activist Pam Palmeter says they are too small and unfinished victories that are not concrete – especially given the six-year time frame.

Palmeter, for example, acknowledged that the investigation was a major step forward, but “where does the plan to actually end the historical and ongoing genocide?” And while funding is always welcome, why is Canada “suing First Nation Kids in Foster Care,” she asks.

“They’re focusing on the stuff that you can do by law, or by law or policy, without the fundamental changes needed in terms of funding and policy making,” Palmeter said. “We may pass 100 bills tomorrow, it does not mean that the government is going to live up to them.

“I want to see them finally end the Sex Discrimination in India Act. You’d think that technically, they pass laws that would end discrimination, but they haven’t registered the hundreds, thousands of First Nations women and children who should be registered or compensated for all these years of discrimination.

“With things like housing, and money for housing, and clean water on reserves, don’t just put a number on it, go ahead and do what needs to be done so that every house can have clean water.”

Thursday comes a few months after the discovery of 215 unmarked graves at the site of a former residential school in Kamloops, BC, and 751 graves in the Cowes First Nation in Saskatchewan.

Those discoveries started a reckoning, forced Canadians to confront a lesser-known and darker reality of the country’s history, and sparked a national conversation than ever before.

The commanda says it is still waiting for the government to act in response to the discoveries. He believes the September 20 federal election acted as a deflection for Canadians to forget unmarked graves and not hold officials accountable.

Indigenous Issues and Reconciliation retreated in the lead up to election day. But the commanda is not giving up.

“What have you done?” Said that the commanda, who added to the $600 million spent on the election, could have devoted to indigenous issues instead. “The Liberal government needs to act, they have to speak up, they have to take responsibility, and they have to hold those responsible for the deaths of our children accountable.

“You can’t suppress that truth anymore.”

Reading: What Canada’s 10 Indigenous lawmakers can do for First Nations communities

There’s a reason for Palmeter to be optimistic. She points to recent protests and movements such as Idol No More and 1492 Land Back Lane as signs of positive change and social awakening towards indigenous issues.

“It’s now part of something we talk about every day,” Palmer said. “Now you cannot get a day without Swadeshi headlines. And the pressure that will continue to force them to make changes. That’s why I have complete confidence and optimism in working closely with both Indigenous peoples and Canadians.

“Change doesn’t happen if we sit back… and that’s where I see the greatest hope, because people are demanding change.”