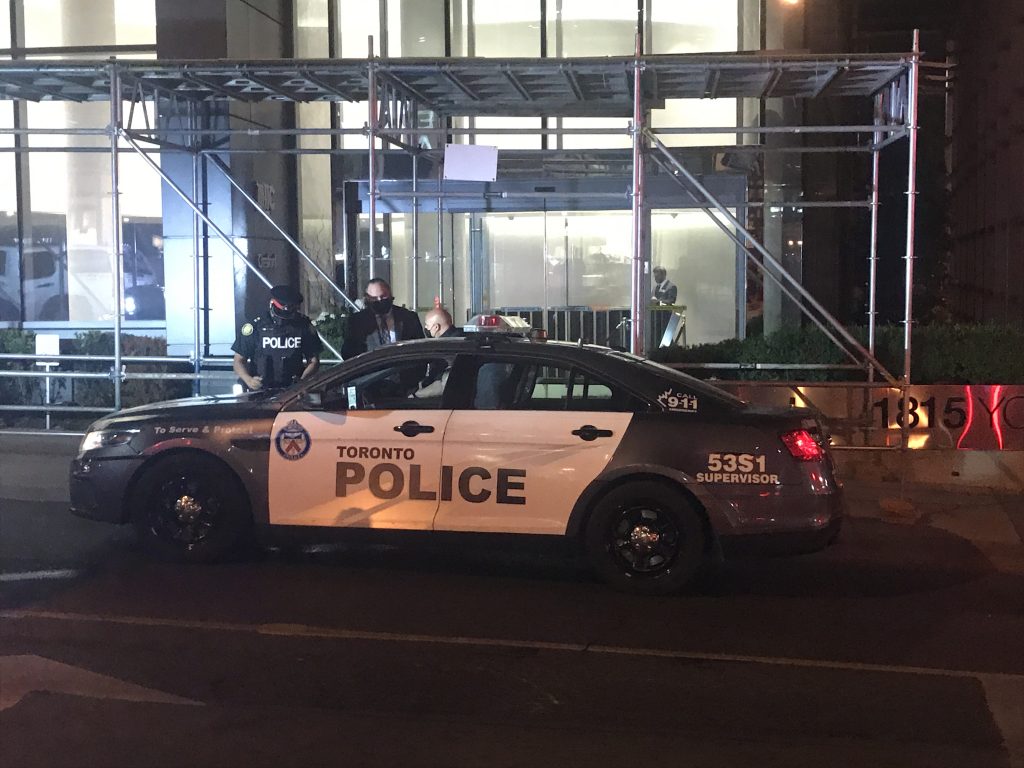 Ontario police watchdog has acquitted a Toronto officer who fatally shot a man in distress during a wellness check, saying the officer feared for the life of his partner at the time.

The Special Investigations Unit says Toronto police were called to a midtown condo building on May 22 after a woman reported her son was in distress and hit him.

The SIU says four officers tried to speak to the 28-year-old from outside the apartment to see if he was okay, but then used a key provided to them to get inside.

It says the man had a knife and told officers to get out, then followed them in the hallway and attacked one of them.

The agency says the two officers used their stun guns to no effect.

The SIU says that soon after, one of the officers shot the man in the back. The young man was handcuffed and taken to the hospital, where he died.

The SIU says one of the officers was taken to the hospital for treatment for a superficial cut in the arm, cuts to his head and shoulder, and a stab wound in the back.

Joseph Martino, director of the SIU, said, “With regard to the bullet being fired on the complainant’s back, I am unable to conclude that it was not legally justified.” written in a report.

“The complainant was in the midst of a knife attack on (a witness officer) when (the subject officer) fired his weapon fearing the life of his accomplice. At that time, there is no doubt that there was a real and imminent threat of serious bodily harm and death to the complainant (witness officer).”

Martino noted officers had “little thought” to call the Mobile Crisis Intervention Unit, which connects mental health nurses with police officers receiving specialized training. He said that under the current policies of the force, it seems that the request should have been made to someone.

At the same time, there is no way to know whether this will lead to “more positive results,” Martino wrote.

He said the officers’ “indiscretion” did not disqualify him from using force to counter the knife attack.