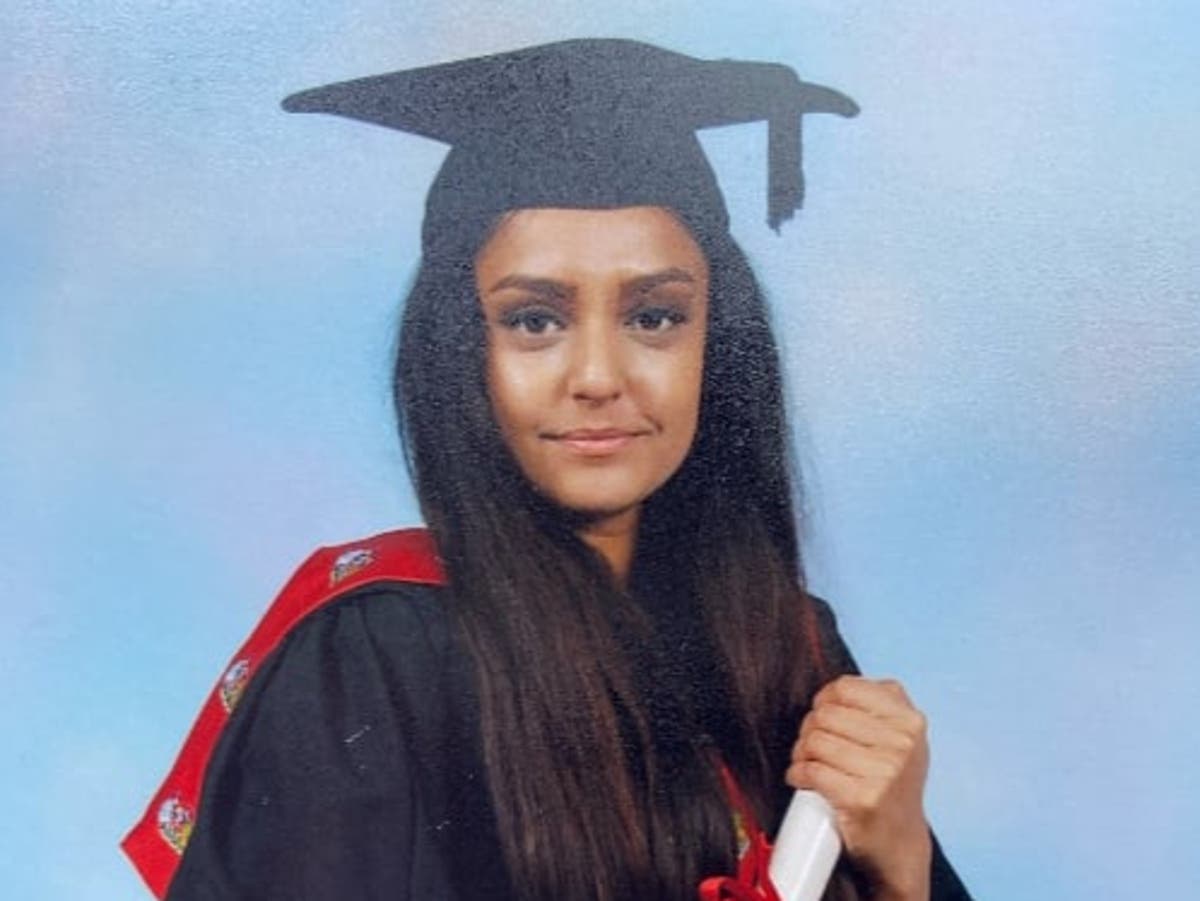 The sister of a teacher who was murdered in a London park has paid tribute to her, saying “no mother or father should go through this”.

Authorities believe 28-year-old Sabina Nessa was murdered on Friday evening while walking a short walk from her home to a caterer park to visit a friend at a pub in Kidbrook, south-east London.

Detectives are investigating whether the attack was carried out by a stranger and are keeping an “absolutely open mind” on the murderer’s motive.

His sister tweeted: “My beautiful, talented and caring sister. My motivation is always to put myself first and never let anyone put me down.

“Never in my life did I or my sisters or my mom or dad think that this could happen to us. May Allah give him paradise. Amin #Sabinanessa.”

She also wrote: “3 sisters down to 2,” adding a broken heart emoji. “Please pray for him. No mother or father should go through this, may Allah give rest to my parents.” In Islam, praying is a prayer or deep prayer to God.

Detective Chief Superintendent Trevor Lowry said police were concerned about the possibility of another attack, but there was nothing to suggest that would happen.

Asked if the police had any clues, he said: “There are important lines of questioning at the moment and those are the ones I cannot disclose.”

He insisted that the streets of London were safe for women. “I want to reassure the people around this, I want to make sure that people are free to move around without fear and my officers will ensure that this happens,” he said.

On whether anything has changed in the way the Metropolitan Police deal with violent crime against women since the death of Sarah Everard, she said: “I think the main things that are changing are: One, we people. We’re listening to, we’re understanding where people aren’t feeling so safe, and we’re patrolling to make sure we do.

“It’s not just a policing issue, it’s a lot of issues to be able to make people feel safe in an open space and we’re working with our partners to make sure that.”

He said officers would be involved in a planned surveillance for Ms Nessa on Friday.

A spokesman for Prime Minister Boris Johnson said: “You will appreciate that while the police (investigation) continues, I cannot comment further, but as the weather police have said, they are using every resource available to find the person responsible.” are using it. “

He said the government has presented its strategy on violence against women and girls this year.