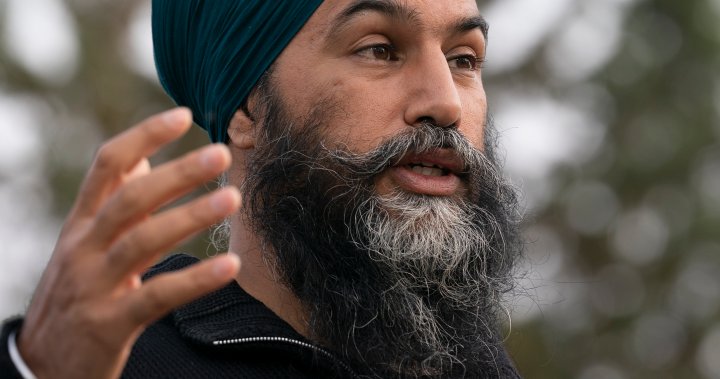 Jagmeet Singh criticized the COVID-19 pandemic responses of the provincial governments of Saskatchewan and Alberta as the federal NDP campaign focused on Conservative-held seats in the prairie provinces.

Singh says the fourth wave of the pandemic is making the people of the prairie more difficult because their governments have failed them.

“People should be angry at the conservative premier,” Singh said on Saturday. “They did a terrible thing and it put people’s lives at risk.”

Singh aims to snatch prairie seats from Confederate Conservatives, but also targeted Justin Trudeau during a halt in Saskatoon, saying the Liberal leader left the provinces in the fourth wave.

Trudeau is to blame for not calling the election and finding a solution to the pandemic, such as paid sick leave for workers, he said.

Singh kept his eye on the Liberals throughout the campaign, arguing that the New Democrats are a viable alternative and discouraging people from strategic voting. Despite running a campaign that prides itself on outwardly positives, the New Democrats have been very negative about Trudeau.

Singh said Canadians have to make choices, and that means pointing out other leadership mistakes and bad decisions.

The New Democrats’ popularity level hasn’t increased much in the final weeks of the campaign, with the party trailing both liberals and conservatives in opinion polls.

Singh did not respond to repeated questions about whether he would support the Liberals in the Trudeau-led minority government in the outcome of Monday’s election. He also would not say whether he believes the party that wins the most seats should get the first crack in the government.

The NDP says Singh is ready to increase the number of seats the party holds to fight in the House of Commons for the needs of the Canadian people.

He planned to ride in Regina and Edmonton before taking his expedition to British Columbia.