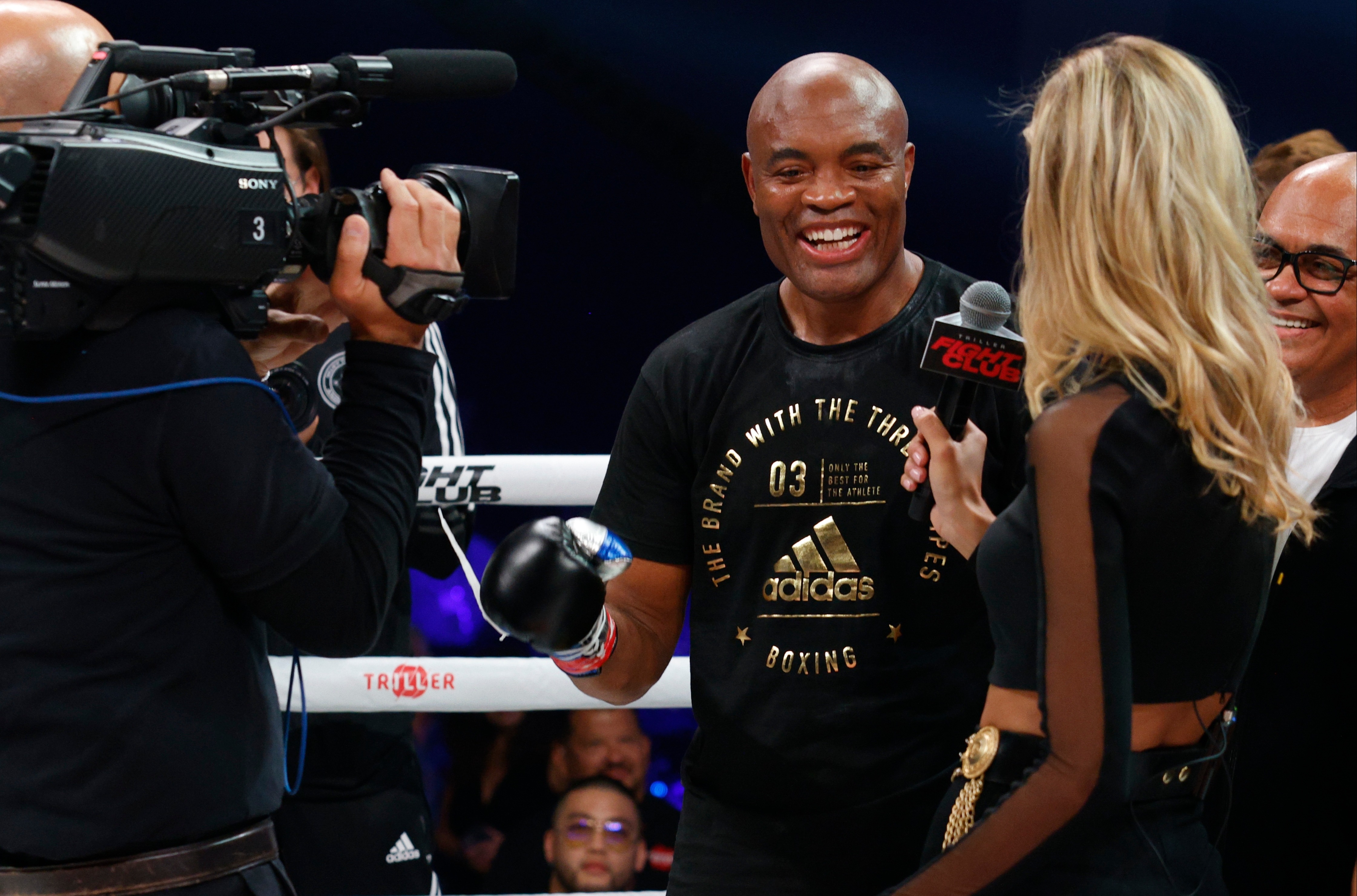 The Brazilian was released from the UFC last year and instead decided to continue his career in the ring.

Now, he has faced calls from fans to fight Mayweather, 44, who recently faced 26-year-old YouTuber Logan in an exhibition bout.

Silva told mma hour: “When I finished the fight with Tito and I looked on my Twitter and my Instagram, everyone was talking, ‘You need to fight Mayweather!’

“I don’t know, it’s crazy. I don’t know if I can fight on the same level as Mayweather but it’s a challenge for me.

“I don’t know, maybe it happens or not. I’m up for it. I try to do my best every day and I think it’s a good fight, me and Mayweather.

“Two big names and a different level. I try to prove why I am there to fight Mayweather.

“I don’t know if that happens, but I’m up for a good challenge for myself.”

Mayweather officially retired as a professional in 2017 after defeating UFC superstar Conor McGregor, 33, in ten rounds.

But only this June he returned for an exhibition bout against 26-year-old Logan, which ended without a winner after no KO was scored.

Mayweather had no problem giving the two stone to Paul, who later survived all eight rounds.

And Silva admitted that he would take a similar size advantage against the boxing legend.

He said: “I’m huge, but Mayweather fought with Logan Paul and I can fight too.

“Of course it had to be a fight, it’s a show fight, not an actual fight, but I think it’s cool. Let’s see.”

Silva was previously in talks to fight Logan but was recently considered as a rival for Brother Jake’s next fight.

People need to respect both of them, because both the kids are doing something special.

And Silva is still among the four names in the race to face the social media sensation.

He added: “A lot of people are talking about it. All I have to do is wait. I’m making up my mind.

“I’m preparing my body. I train with my coaches everyday to do my best. I don’t know. We’ll see.”

Despite both being involved with the Paul brothers, Silva admitted that she has nothing against the internet sensation.

He said: “I respect both the kids. Because the kids are very smart, but I prefer to train hard on my side and say nothing about the kids.

“Kids prove that this world has changed.”

Logan Paul says he knows who his next rival is

Canadians not thrilled but not angry either about federal election outcome: Poll

- Advertisement - A local councilor said this evening that a MUM and her three young children were taken...