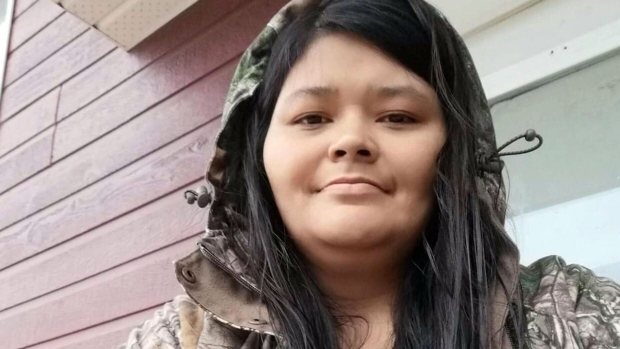 Joliet, Q. – A ceremony was held Tuesday to mark the one-year anniversary of the death of Joyce Ichquan, an Indigenous woman who was humiliated by staff at a hospital northeast of Montreal as she lay dying, prompting outrage across the country had spread.

Ichquan, a 37-year-old atikamake mother of seven, filmed herself on Facebook Live as a nurse and an orderly was heard making derogatory remarks towards her at the hospital in Joliet, Ky.

On Tuesday, Ichquan’s family visited the hospital room where he died and later attended a ceremony in his honor with Atikamek community members, politicians and other guests.

Some of the guests were carrying red or pink roses as they entered a white tent at the back of the hospital. Others, some wearing ribbon skirts or sweatshirts with Ichquan’s picture on them, sat outside on folding chairs.

Atikamec First Nation chief Constant Awashish told reporters he appreciated that Quebecers have become more aware of systemic racism since Ichquán’s death, but added that the anniversary is a source of concern.

“It’s a confusing day for people,” he said. “We want something better for future generations and better treatment for First Nations in public services, but also worry that Joyce Ichquan gave his life for no reason.”

Referring to the provincial government’s refusal to use the term systemic racism to describe inequalities in Quebec society, he said, “The concern is that we want the government to recognize the situation and call it by its real name.” “

In a statement, Indigenous Affairs Minister Ian Lafrenier on Tuesday asked Quebecers to use the day to reflect on their relationship with the First Nations and the Inuit people and the fight against racism. He said the Quebec government is working with Indigenous leaders to address measures proposed by the Atikamque community after Ichaquán’s death to ensure equitable access to health care for Indigenous patients.

Premier Francois Legault tweeted on Tuesday that what happened to Ichquan was a “mass awakening to the discrimination still faced by indigenous peoples.” He added: “Let’s continue to fight against these behaviors that have no place in our society.”

Ichaquan’s home community of Manawan has announced plans to name a biodiversity reserve in Lac-Nemiskachingue in his honor, and the government says it intends to begin that naming process. Her husband, Carol Dubey, said in a statement that Ichquan’s memory should not fade and called on everyone to join her fight.

“The door she opened is very important, she cannot die in vain,” he said. “We want to continue fighting to break down prejudices and tackle injustice.”

This report by The Canadian Press was first published on September 28, 2021.