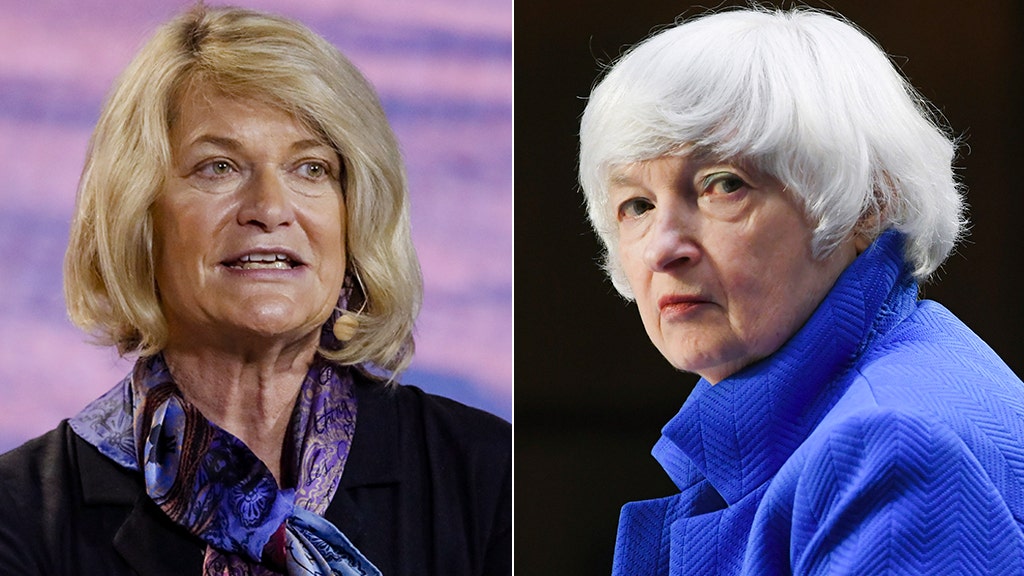 Yellen defends proposal, saying there is a ‘tax gap’ that needs to be filled

Cynthia Loomis, R-Vy., on Tuesday slammed Treasury Secretary Janet Yellen on the Biden administration’s proposal to force banks to report to the Internal Revenue Service on every transaction that has US$600 or more.

“There are clear privacy concerns for all Americans here and this represents a dramatic new regulatory burden for community banks and credit unions in Wyoming and elsewhere,” Loomis told Yellen of the proposal, which would be part of President Biden’s payments. is one of many aimed at helping. Billion dollar plan to expand social programs and fight climate change.

“Banks have to hire contractors to rat on their customers,” Lumis said, and rebuked, “Bank customers are not under the federal government. Banks don’t work for the IRS.”

The senator suggested that Americans would find “an alternative to traditional banks by simply thwarting the IRS’ access to their personal information, not because they’re trying to hide anything, but because they’re willing to share everything.” are not.”

“My question is: do you know how unnecessary this regulatory burden is?” Loomis asked Yellen. “Do you trust the American people so much that you need to know when they bought the couch? Or the cow?”

Yellen tells Lumis that he disagrees with the senator’s assessment, suggesting that Loomis may have misunderstood the proposal.

Yellen argued, “Banks already report directly to the IRS the interest they pay on accounts when it exceeds $10, and it is proposed by banks to provide detailed transaction level data to the IRS.” Not there.” “It is proposed to add two additional pieces of easily ascertainable information to the 1099-INT form already filed by banks.”

The Treasury secretary then defended the new proposal, praising it as a way to bring in more money for the Fed.

“I think it’s important to recognize that we have a tax gap of $7 trillion over the next decade,” Yellen said. “These are taxes that are due and not being paid to the government that deprive us of the resources we need to make significant investments to make America more productive and competitive.”

Yellen pointed out that the IRS already has a “treasury of information about individuals”, citing examples such as a W-2 form filed for an individual’s job, but added that the IRS must ” More information is needed about high-income individuals who have opaque sources of income…not low-income people.”

Loomis replied, “Well, the $600 limit isn’t usually one where you get the huge amount of tax revenue that you think Americans are cheating on you.”

Yellen acknowledged, “That’s true, but it’s important to have comprehensive information so that individuals can’t sabotage the system and have multiple accounts.”

The White House estimates that the proposal to monitor all transactions of $600 or more could generate about $463 billion in additional revenue over the next decade through IRS enforcement actions.