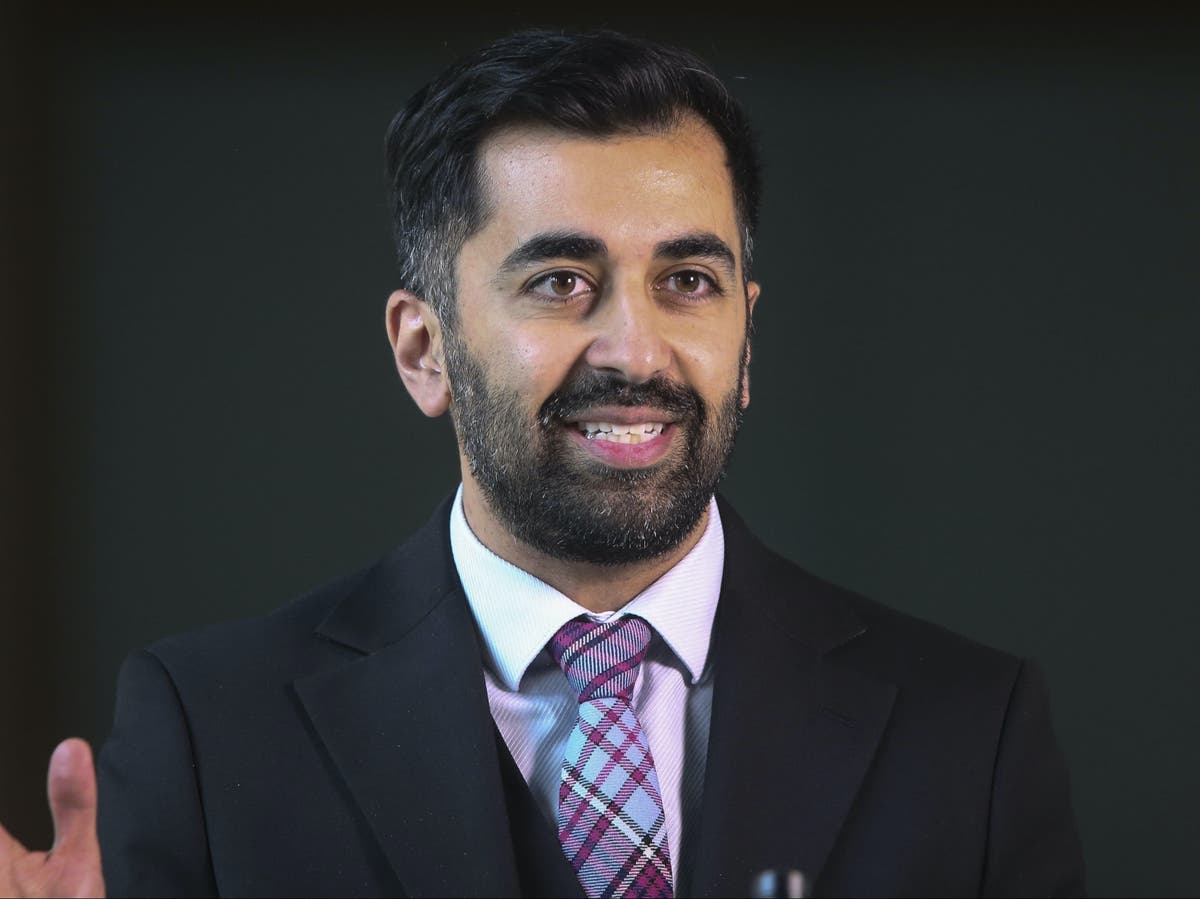 Scotland’s health secretary is filmed falling off the knee scooter he has been using since easing his pain.

In a ten-second clip shared on social media by BBC Scotland political editor Glen Campbell, Hamza Yusuf is seen skating through a corridor before falling to the ground.

The video was captioned: “Health Secretary @HumzaYousaf Not having a good day at work…”

The clip has garnered more than 150,000 views since it was uploaded this afternoon, but Mr Campbell faced criticism from the minister, who broke his back in a badminton accident.

Mr Yusuf replied to the video, writing: “For all the media scrutiny and never shy away from it. Just not sure if there is a need or purpose to tweet a video of me falling while injured. If someone else had fallen on crutches, knee scooters or wheelchairs, would your first instinct be to film and tweet it?

Some viewers agreed with Mr Yusuf, with one Twitter writing: “Oddly absurd view of a state broadcaster making fun of himself for hurting someone to hurt himself.

Another added: “How’s this news? Already injured someone fell over and you think you should share it like some kind of showdown? Shameful.”

However, some users took the opportunity to point out a tweet from 2018 in which Mr Yusuf mocked MP Douglas Ross’s fall in 2018 while refereeing a football match.

Mr Yusuf suffered an injury during a game of badminton earlier this month and his lower right leg has since been sore, forcing him to use a knee scooter to navigate.

The Health Secretary has been at the forefront of Scotland’s response to the pandemic and is integral to the increasing use of the vaccine. To date, 69.5 percent of Scotland’s population has been fully vaccinated.

‘Outer Banks’ Season 3: Everything We Know