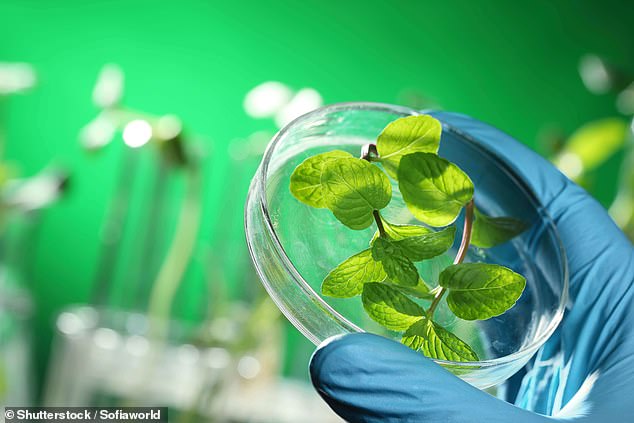 When a person thinks of vaccines, they often imagine a long needle of a syringe preceded by a small pinch on their arm, followed by a day of pain while recovering.

That may soon change if researchers at the University of California, Riverside (UCR) are successful in their attempt to deliver messenger RNA (mRNA) vaccine technology via edible plants.

They are hoping they can grow vegetables that can inoculate with the same technology used to develop Pfizer-BioNtech and Moderna COVID-19 vaccines.

Plants will be more easily digested than the vaccine shot, and transportation and storage will also be easier because vaccine shots need to be kept in very cold temperatures to avoid spoilage.

If successful, these plants could be a boon to low-income countries as they are easier to store and transport than doses of COVID vaccines.

The mRNA technology used in Pfizer and Moderna Shots – and potentially in plants, has existed for a long time but was rarely used in medicine until recently.

It works by instructing the body how to make the spike protein that promotes COVID infection.

Once a person’s immune system detects the protein, it will fight it off, and build up immunity to the protein if they reappear in a person’s body from exposure to the virus. .

Companies are now working to apply this technology to other vaccines, including the annual flu shot.

Juan Pablo Giraldo (pictured) is leading the research, and says he believes it ‘could have a huge impact on people’s lives’

“Ideally, a single plant would produce enough mRNA to vaccinate a person,” said lead researcher and associate professor Juan Pablo Giraldo, from UCR’s Department of Botany and Plant Sciences. in a statement.

‘We’re testing this approach with spinach and lettuce and have long-term goals for people to grow it in their own gardens.

‘Farmers too can eventually grow entire fields of it.’

Researchers believe that the chloroplasts of cells may contain genes that are not normally part of the plant.

This characteristic means that this part of the plant holds a lot of potential.

“They are small, solar-powered factories that produce the sugar and other molecules that allow the plant to grow,” Giraldo said.

‘They are also an untapped source for making desirable molecules.’

The team is working to figure out the ideal way to position the mRNA material in the chloroplast in a way that won’t destroy it.

If successful, the COVID vaccine, and other vaccines that use mRNA technology, could be delivered orally.

It would also allow for a vaccine that can be more easily carried over long distances.

Current mRNA vaccines need to be stored at low temperatures at -130f (-90C) and require the use of dry ice.

This can make it both difficult and costly to carry vaccines over long distances, and may harm access to shots, especially in rural or remote areas of the US.

Third world countries are also hurt, as many countries may not have the resources to transport and store essential vaccines to be distributed across the country.

Instead, plants can be grown and easily transported long distances or even overseas, using pre-existing technology to distribute produce around the world.

Giraldo said, ‘I am very excited about all this research.

‘I think it can have a huge impact on people’s lives.’

Currently in the US, about 64 percent of the total population has received at least one shot of the COVID-19 vaccine and 54 percent are fully vaccinated.

Those figures are much lower worldwide, however, with 44 percent of the global population receiving at least one shot and 32 percent being fully vaccinated.

What Is ‘DWTS’ Pro Jenna Johnson’s Net Worth?