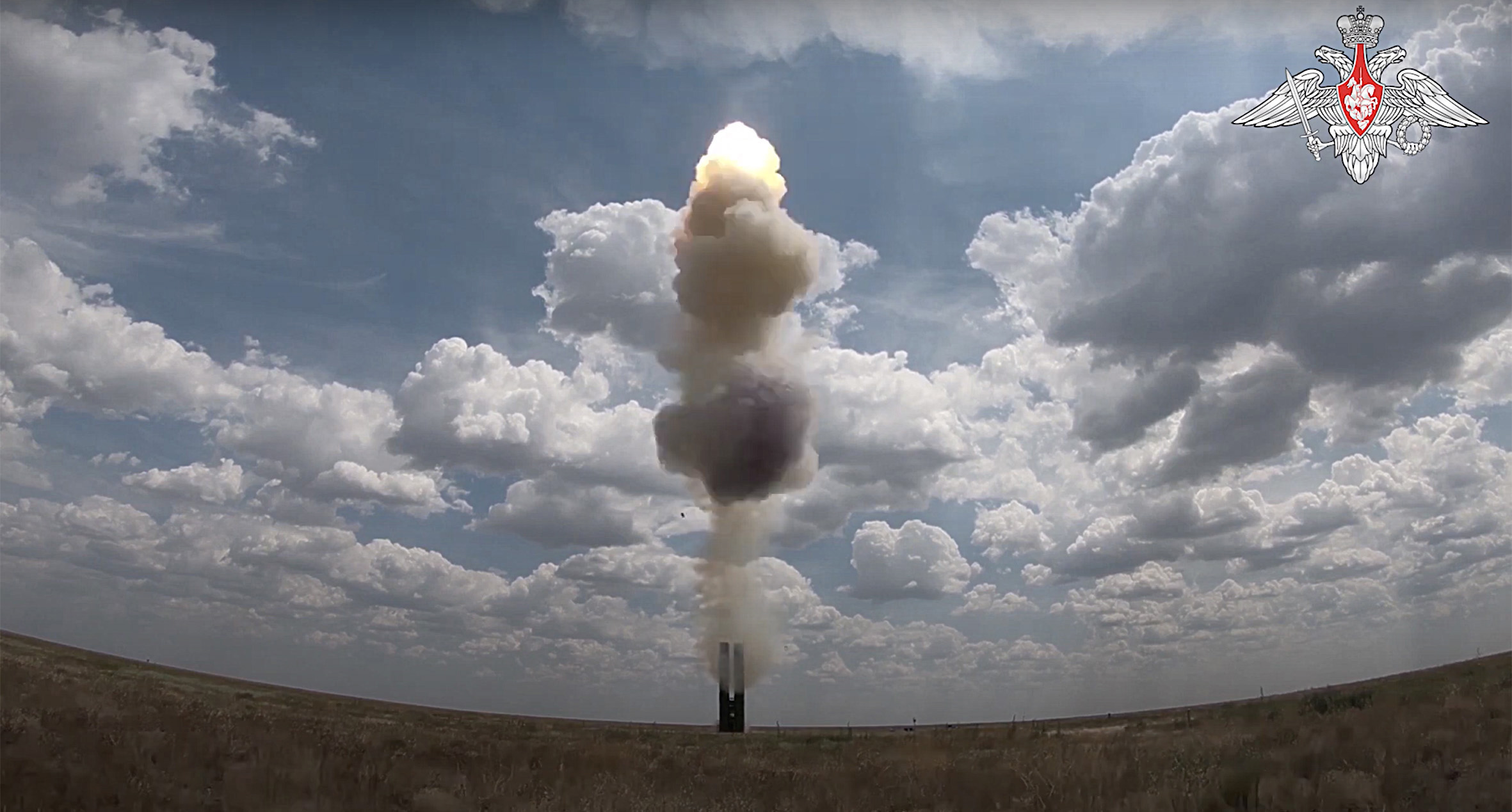 Vladimir Putin today unveiled his “Terminator” tank and hypersonic missiles during war games held in both Russia and its former Soviet member Belarus.

State-of-the-art war machines were supplied to the armed forces during the military exercise, which is widely considered to be a show of force towards NATO and the European Union.

These included a total of 200,000 soldiers, 80 warplanes and helicopters, as well as some 760 pieces of military equipment, including 290 tanks, and 240 pieces of artillery, multiple launcher rocket systems and mortars.

Reports claim that the exercise took place at several training grounds in Russia and Belarus – close to their neighbour’s borders.

Images from the exercise show the Uran-9 – a high-tech unmanned combat ground vehicle designed for combat support and reconnaissance.

The tank, which is operated remotely by an operator, has the capability to destroy targets up to 16,404 feet away.

Military officials hope that the robotic tank will be able to perform tasks that would be very dangerous for soldiers – allowing to reduce casualties on the battlefield.

At least one Uran-9 was deployed and tested in the Syrian civil war in 2018, although it is not clear whether it ever took part in the war.

In addition, the S-500 Prometheus anti-aircraft missile system was also shown at the Games.

The S-500 surface-to-air defense system is designed to bring down enemy aircraft and missiles to an altitude of 125 miles.

Its designers have said that they can destroy all incoming Western hypersonic missiles, including near space.

“State testing has just been completed, and the first delivery of the (S-500) system has begun,” Deputy Prime Minister of Russia Yuri Borisov said after successful military exercises.

He further added that Russia would export the system later – perhaps starting with India – but “not for the next few years”.

Conducted in the Astrakhan region, the exercises – including the Triumph air defense system – were part of this year’s war games.

The latest tests at the Kapustin Yar range highlight the rapid pace of Russia’s military modernization that continues despite Russia’s economic crisis.

In June Putin put his arsenal of “invincible” hypersonic missiles on war alert in a chilling warning to the West.

This includes the Mach 8 Zircon cruise missile, which can carry nuclear warheads and hit targets 220 miles away.

And Russia warned that there would be dire consequences if the US deploys its own hypersonic weapons – currently under development – in the region.