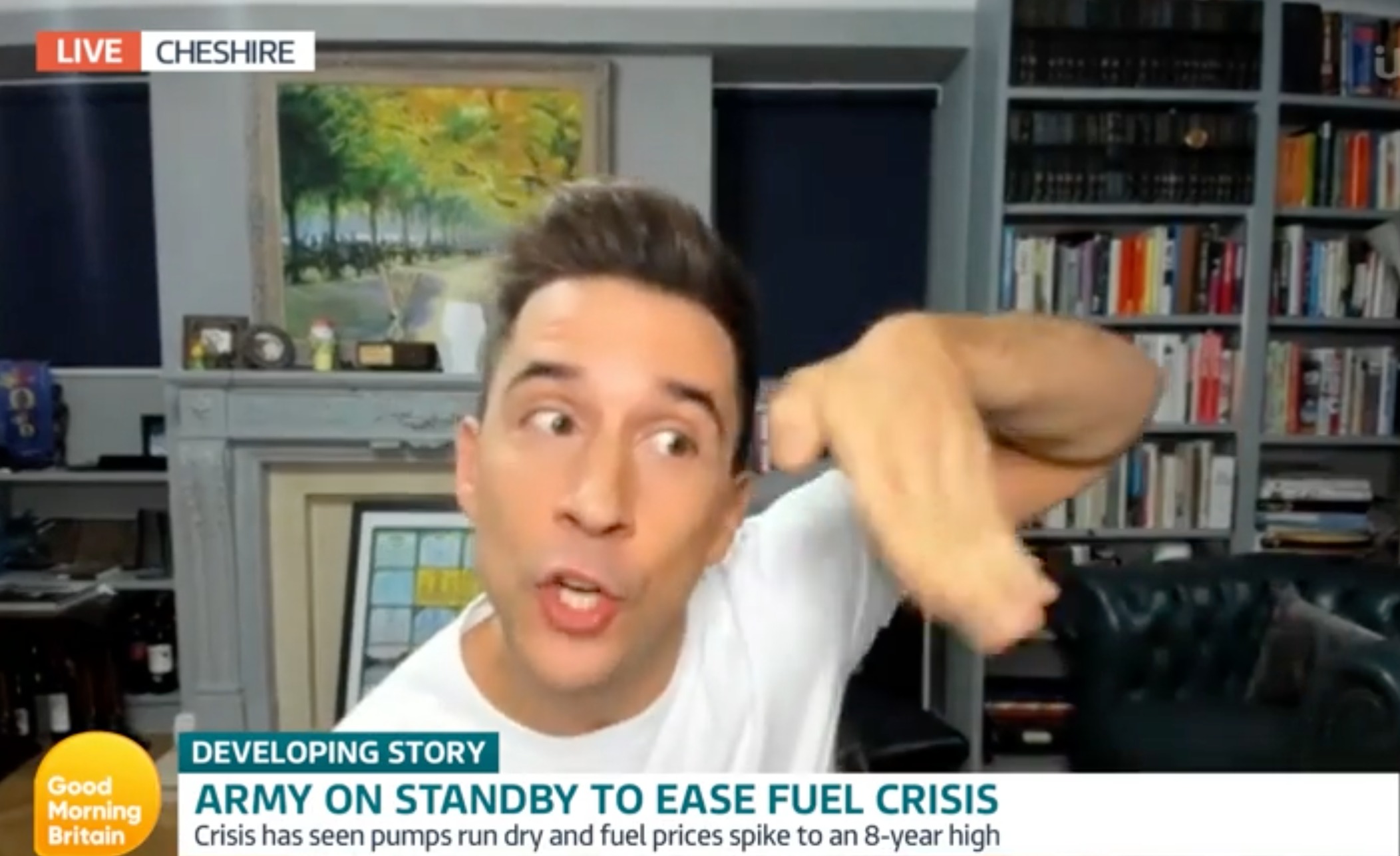 Appearing on Good Morning Britain today, Funnie spoke about “top up, not filling” when the country is in crisis.

He frankly said: “I can’t believe we’re thinking of involving the military.

“What is wrong with people?”

He insisted: “If people already had 90 percent full tanks, we wouldn’t have shut down the pump if people hadn’t behaved with senseless selfishness.

“I believe people aren’t filling in the toppings.

“It doesn’t have to be a maximum order – it should be a minimum order.

At the start of the show, presenter Susannah Reid talked about her fears as the petrol crisis posed a threat to her sons’ education ahead of the upcoming exams.

She said her “heart sank” as a headmaster warned schools to close as staff struggled to go to work.

This comes as Covid created chaos for the students, forcing them to completely hold on to the curriculum after months of home-schooling.

Gemma Penney, headmaster of Elestris Woodlands School, told The Breakfast Show: “Talking with colleagues, it has been a flying start to the new academic year.

“We have staff with positive lateral tests who are waiting for the PCR tests to come back, which means they cannot come in.

“There the teacher or the teacher’s kids are sick because there are all the insects flying around and we’re catching everything.

“The fuel crisis is exacerbating the issue. We have a critical point where it is not feasible to deliver school curricula or to run a really safe site if you have a lot of staff absent.

“It is imperative that something be done to address this.

“Key workers who are doing really important work need to get fuel to be able to go to work.”

It is reported that essential workers will get special access to petrol pumps under emergency government schemes.

It comes as greedy fuel owners allowed prices to soar to more than 150p a litre, as the nation queued to fill its tanks.