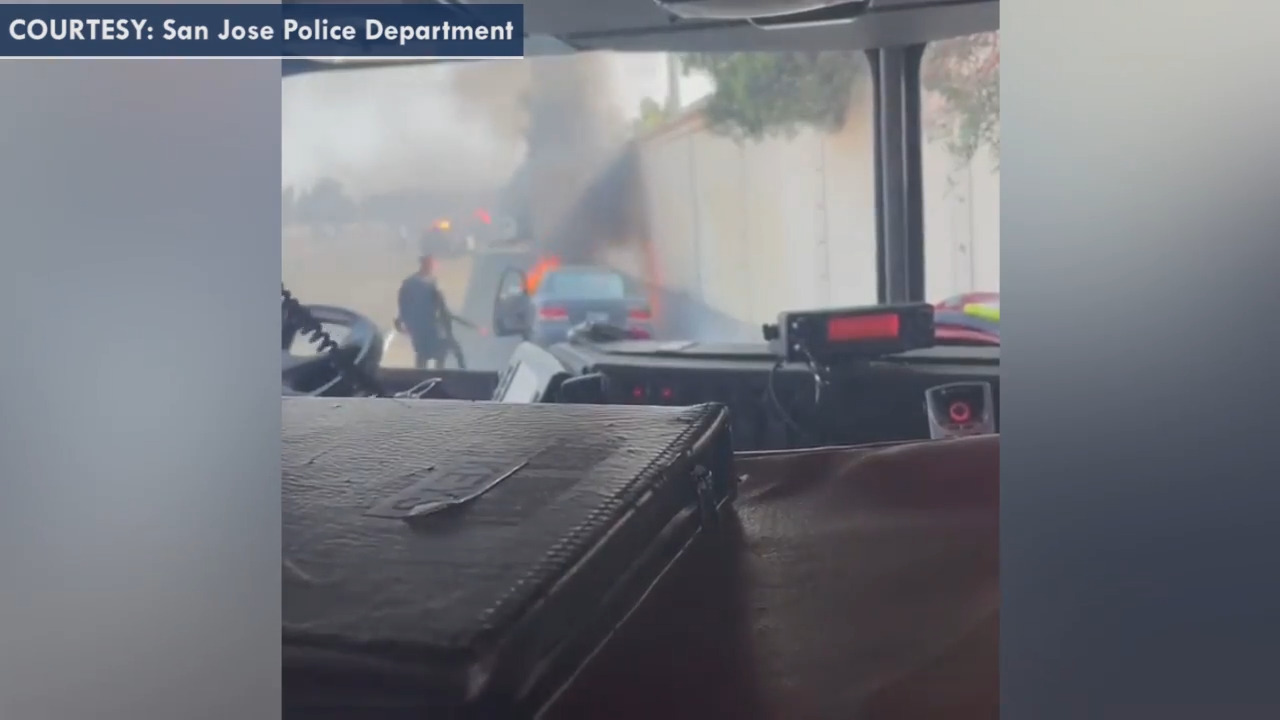 A daring rescue was caught on camera Sunday when a rookie police officer pulled a man out of a burning car on a California highway.

video, posted to Twitter page of the San Jose Police Department, shows flames from the vehicle on Highway 101 when Officer Pedro García rushed to help.

The SJPD tweeted, “Without hesitation, and even with fire brigade personnel moments away, the officer did not hesitate to risk his life and drag the man out of the burning car. ” “In this job, seconds count and, combined with bravery, can save lives.”

Officer García talks about his heroic actions with local station KRON, which reports that García is just eight months out of the police academy.

“I believe I was in the right place and at the right time and it had to happen,” Garcia said.

“Some people were shouting. I asked them, ‘Is there anyone inside the vehicle?’ He replied ‘yes’, so I immediately ran towards the vehicle. Kinda saw the man, I was in shock and then I decided to try and pull him out of the vehicle and to the fire department.”

The tweet has garnered dozens of retweets and hundreds of likes.

‘The Challenge’: Tina Barta Responds to Beth Stolarczyk’s Comments About Her Catching COVID