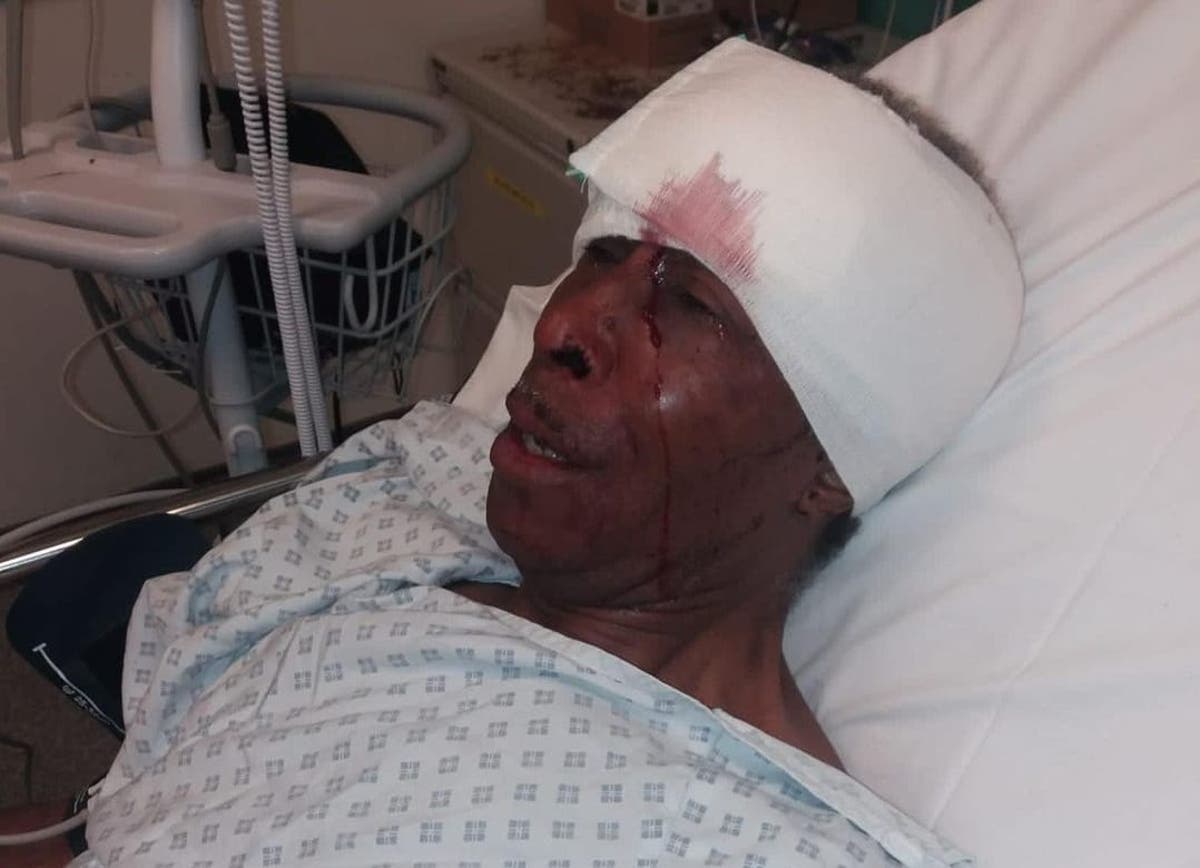 An incident in which an elderly black man needed hospital treatment for serious facial injuries has been dispatched to a police watchdog after he was stopped by officers at a faulty brake light.

The Metropolitan Police said there was a “struggle” after the 70-year-old was pulled over in Bromley, south London.

However, a woman identified herself as the man’s daughter. deployment of Instagram photos of his injuries, saying he suffered a broken nose, upper cheek fracture and cut. She says that the officers assaulted her father.

The matter has now been handed over to the Granthshala Office for Police Conduct (IOPC).

“We are aware of a post on Instagram related to the arrest of a man after a vehicle stopped on Blyth Road in Bromley,” a weather police spokesman said.

“After exiting the vehicle, the driver got into a tussle with an officer during which the officer suffered an eye injury.”

The woman said: “My father is born and raised in Jamaica, who has a very strong accent and is not afraid to say what he feels about the Met Police and their corrupt racist system, because my father With a hand gesture, he asked them to leave them alone. He felt that it was now his duty to physically abuse him.

“My dad is 70 years old, no more than 8 stone, 5ft 6 who has had multiple strokes, heart problems and is also on blood thinning pills.

“Several witnesses have proceeded to describe the complete torture my father had endured until my brother arrived. When asked why he assaulted him, the police lied that my father killed him.

The Met said the man was arrested at the scene on suspicion of assaulting an emergency worker.

He was given first aid by the authorities before being taken to a hospital in south London. He was later discharged and taken to a police station from where he was released under investigation.

Granthshala IOPC has been contacted for comments.