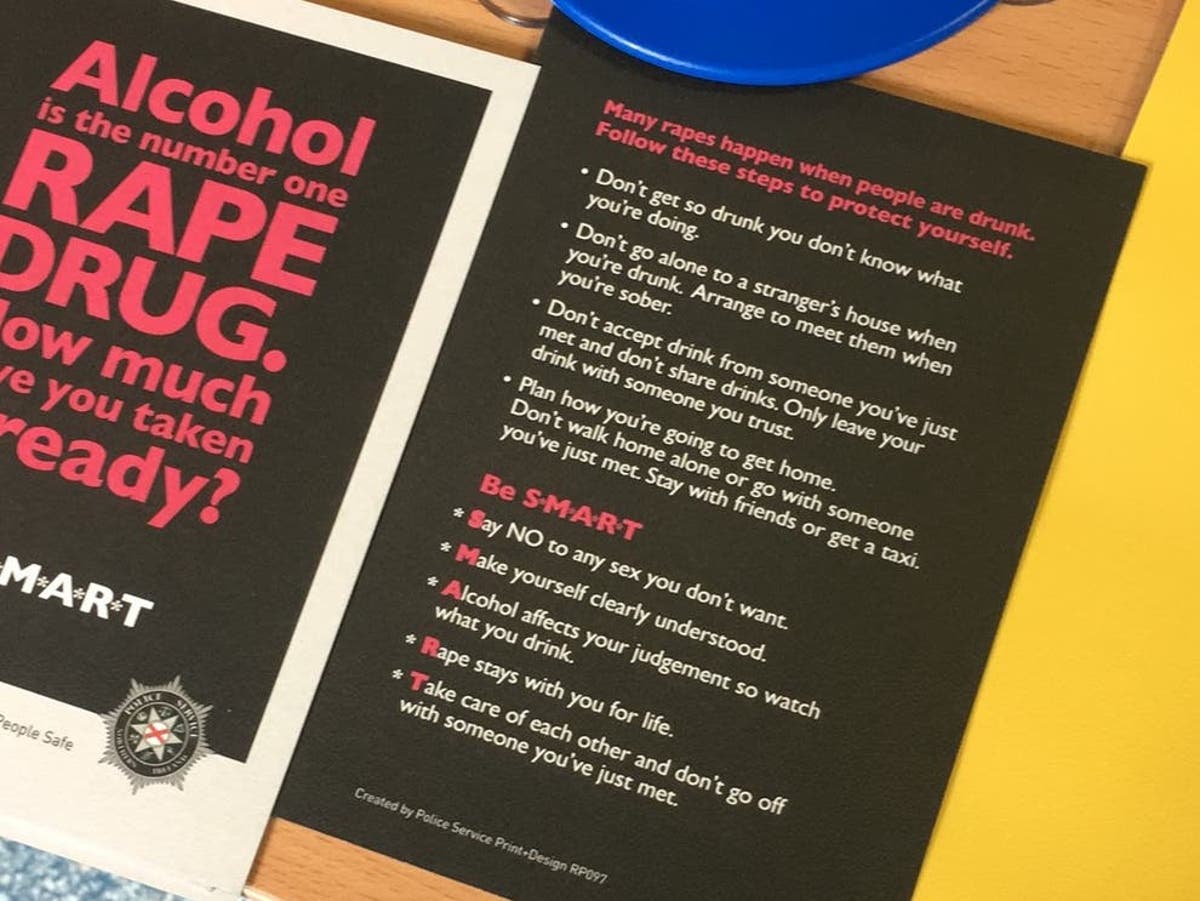 The Police Service of Northern Ireland (PSNI) apologized after students at the University of Ulster over the weekend broadcast “victim-guilty” passengers.

The leaflet read: “Alcohol is the number one drug for rape. How much have you already taken?”

It advises people to “say no to any sex you don’t want” and to “explain yourself clearly”.

A police spokesman said an internal investigation has been launched to determine why the passengers were distributed several years ago, PSNI says. Granthshala.

“We have identified the source of these leaflets as being shared in error by the authorities,” the spokesperson said.

“A clear internal message has now been broadcast throughout the service to ensure that any remaining passengers do not perish.”

But in 2020, the force promised to destroy the same passengers after they were delivered to Belfast.

Karen Sweeney of Rape Crisis Network said the re-emergence of passengers is “unfortunate”.

“About two years from now there were assurances that they would be taken out of circulation and destroyed,” she told BBC Radio Foil.

“How they have re-emerged in Maggi premises is very unfortunate.

“They have now apologized and I hope they move forward in making sure these pamphlets are destroyed as they expose the victim-blame and rape myths that permeate society.”

Detective Superintendent Eamon Corrigan of PSNI’s Public Protection Branch said the messaging on the leaflet “in no way reflects how we view or treat victims of sexual offenses”.

They added: “We would like to sincerely apologize for any offense or injury caused by this error and take this opportunity to reiterate that if you are the victim of a sexual offense and if you choose to speak to us, Will be listened to, respected and treated sensitively.

“The people responsible for rape are the rapists. There is no defense for any kind of sexual offences.”