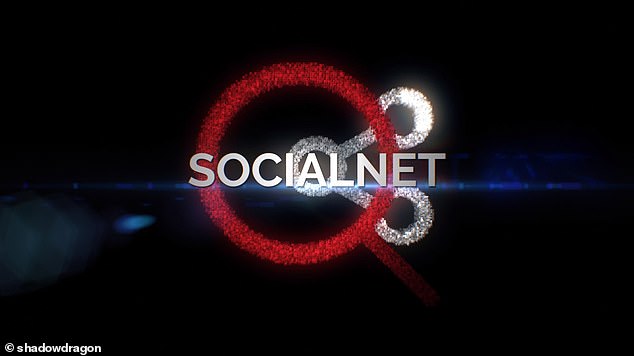 Police in Michigan and Massachusetts are currently leasing the software, the site reports, and US Immigration and Customs Enforcement has purchased licenses for it twice since 2019.

ShadowDragon hasn’t publicly released much information about how the socialnet works or which police departments lease it.

The michigan.gov website does not state which campuses, if any, are using the program, but Official State of Massachusetts site indicates that SocialNet was licensed this year as part of Project Safe Neighborhood to combat social data in six regions—Boston, Lawrence, Brockton, Worcester, New Bedford and Springfield.

Michigan police also purchased OIMonitor, another ShadowDragon tool that sends alerts in response to data captured by the socialnet, potentially predicting crimes before they happen, similar to the movie, Minority Report.

However, critics say the social-media-scanning technology creates a surveillance state that targets minorities.

“People shouldn’t be afraid to voice their political opinion or speak out against the police themselves because they fear the police are watching them,” said Cade Crockford, director of the Technology for Liberty program at the ACLU in Massachusetts. NBC 10 in Boston.

‘Like most of us, criminals enjoy the benefits of online activities and social networking. SocialNet captures these digital tracks, maps them against their aliases, and discovers their connections in near-real time to expedite your investigation and threat analysis.’

Acting US Attorney Nathaniel Mendel for Massachusetts told NBC 10 in July that he expects the three-year, $147,870 license for SocialNet to be “extremely valuable” to authorities in his state.

Mendel said, “Gangs use social media to talk about their disputes and resolve their relationships about who is inside and who is out.”

Now the police need not go through different accounts to find the clues.

“What used to take you a week or a month may now take you a day or a few hours,” Mendel said.

ShadowDragon founder Daniel Clemens told DailyMail.com that the company’s software “may only be used with publicly available data and cannot be used to analyze personal data obtained by other means.”

Clemens said, “We investigate every license request and carefully consider how our tools can be used to deny access when we believe specific groups are being targeted. “

The ACLU’s Crockford recognized that its consequences could be too broad and target people based on casual connections or off-hand comments.

Civil rights groups argue that software such as SocialNet will monitor and target marginalized communities and those engaged in expression protected by the First Amendment.

“Our concern is that surveillance of people engaged in political speech will be, and is being done, First Amendment-protected speech,” Crockford said.

ShadowDragon isn’t the only firm working with executives to survey social media.

In 2016, police in Baltimore used Chicago-based software. Geofeedia to monitor and respond to social chatter following protests over the death of Freddie Gray, a 25-year-old black man who died in police custody. the new York Times informed of.

according to a International Association of Chiefs of Police Survey Since 2017, 70 percent of police departments said they monitored social media to gather intelligence.

ZenCity says it has built-in privacy safeguards, such as offering aggregated data, not just personal details, and that it keeps officials from tracking nonsense about demonstrations and social justice movements.

ShadowDragon founder Daniel Clemens says SocialNet’s crawlers only ‘scramble information from public websites’, looking for key words and names. ‘Nothing proprietary or private is given to us by platform companies.’ Image: Socialnet page on ShadowDragon website

according to zencity WebsiteIt has customers in more than 150 cities in the US and Israel, including Los Angeles, Houston, New Orleans, Phoenix and Pittsburgh.

It uses machine learning to scan chatter on social media, messaging boards, 311 calls and local news broadcasts and provide law enforcement with a tailored report of what is being said in the community.

Douglas County, Colorado, Sheriff Tony Spurlock, who uses GenCity, told Wired, ‘If they’re going to meet at this place or that location, it’s all publicly available information, and it’s for anyone. Also free to review.

Programs such as those offered by ZenCity, ShadowDragon and other data-monitoring organizations disproportionately target communities of color and can lead to ‘…

Is Britney Spears Involved In The New Netflix Documentary ‘Britney vs. Spears’?