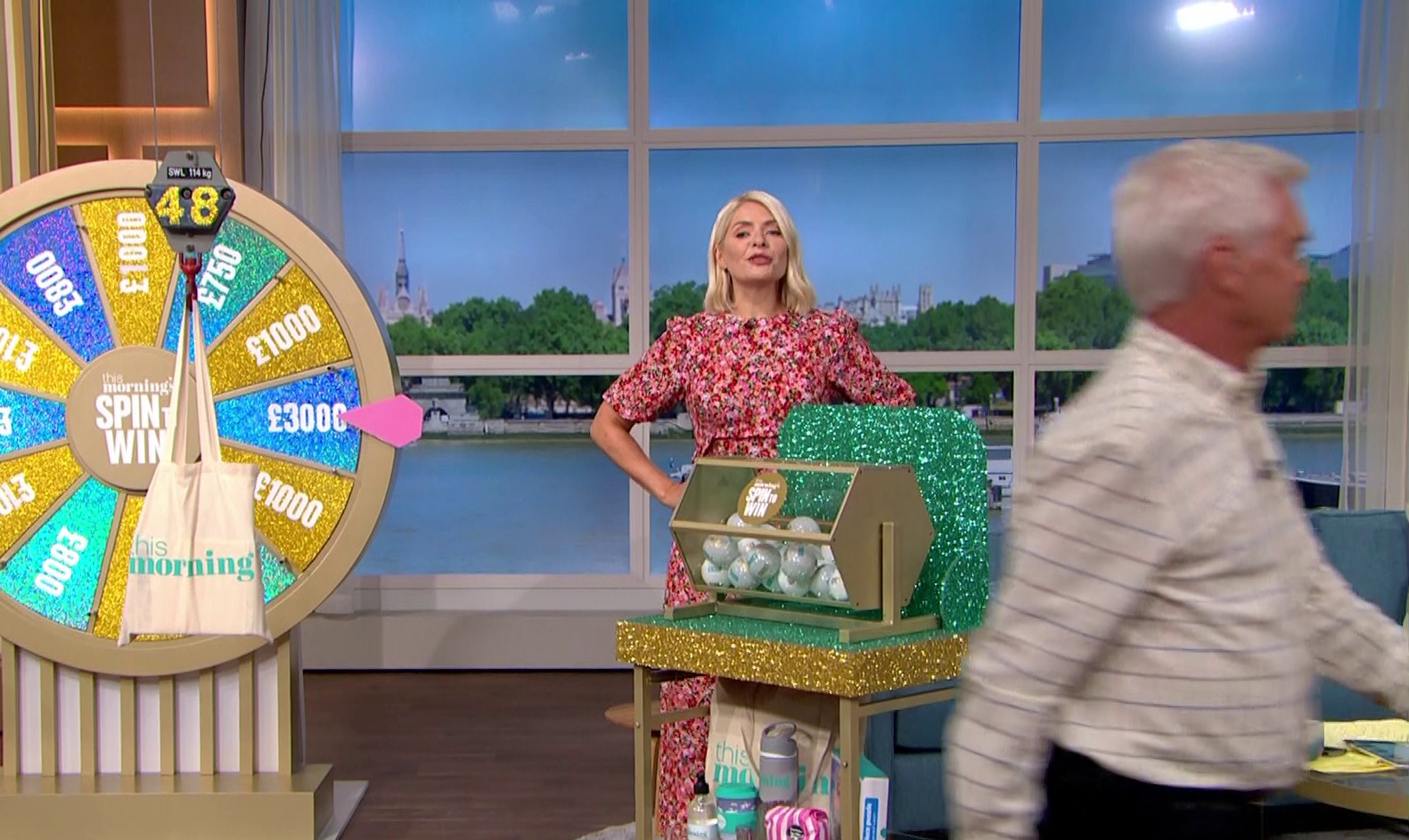 This Morning’s Philip Schofield left the TODAY show after objecting to a viewer’s comment.

The 59-year-old star seemed unhappy with the Spin To Win contestant, who told him: “To be honest, I wasn’t watching this morning.”

The woman tried to explain quickly, saying: “I was taking my husband to the physio” as the icy wind sounded and Tara was left off-screen.

Phillip then returned as co-host, helping 40-year-old Holly Willoughby enter the ominous contest with the question.

Sue from South Wales was asked what cake expert Juliette Sear was making on This Morning, but she admitted she hadn’t seen it.

Despite the onscreen clue reading: “What do we eat on our birthdays?” She admitted she was stumped – but recovered after a nod from Holly.

The question was about the bonus on Spin to Win, a game where you get to place the selected cash amount after the spin of a wheel or tombola.

You then get a chance to win a prize bundle – commonly called a “bag of sizzle” by Philippe – by answering a question correctly.

Sue won £1,000 after asking Holly to take a ball from Tombola.

‘Kate’: Why Fans Are Praising Filmmakers for Crediting a Tattoo Artist in the Movie