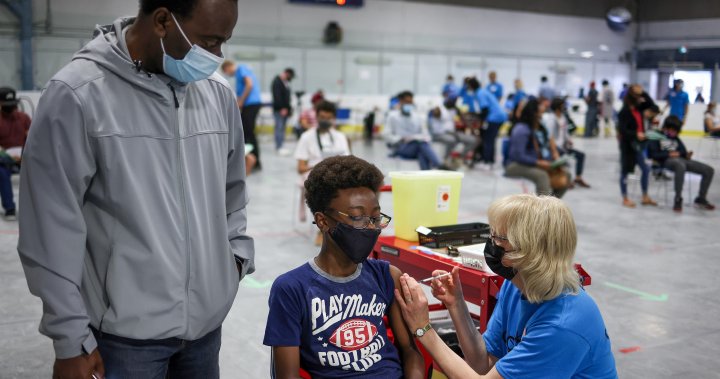 Both Pfizer and Moderna COVID-19 vaccines have been given full rubber stamps, after receiving full Health Canada approval for anyone 12 years of age and older on Thursday.

Shots from Pfizer and Moderna were first authorized for use months ago. However, that green light was under an interim order that allowed the rapid rollout of vaccines to try to slow the spread of COVID-19 – an order that expired on September 16.

As soon as the order expired, the vaccines were moved to full approval under the Food and Drug Regulations, which a co-founder of BioNTech is calling “a testament to the efficacy and safety profile of the vaccine.”

“These are just name changes. There has been no change in the vaccines themselves,” Health Canada said.

The United States granted full FDA approval to Pfizer’s jab on August 23, weeks before full approval was granted in Canada. Pfizer officials said the full approval could not have come at a better time.

“Based on the long-term follow-up data we presented, Health Canada’s decision today reaffirms the efficacy and safety profile of our vaccine when it is needed urgently,” said Fabian Paquet, vaccine lead at Pfizer. Canada.

“While a significant number of eligible Canadians are fully vaccinated, much work remains to be done as infection and hospitalization rates continue to rise across the country, primarily among unvaccinated populations.”

Canada’s vaccine momentum has slowed in recent weeks after an enthusiastic initial rollout. More than 84 percent of Canadians over the age of 12 have received at least one COVID-19 shot, and more than 77 percent of eligible Canadians are now fully vaccinated.

However, according to Health Canada, less than 0.6 percent of Canadians turned out to receive a COVID-19 vaccine in the past week – despite the fact that 15 percent of those eligible have yet to get their shot.