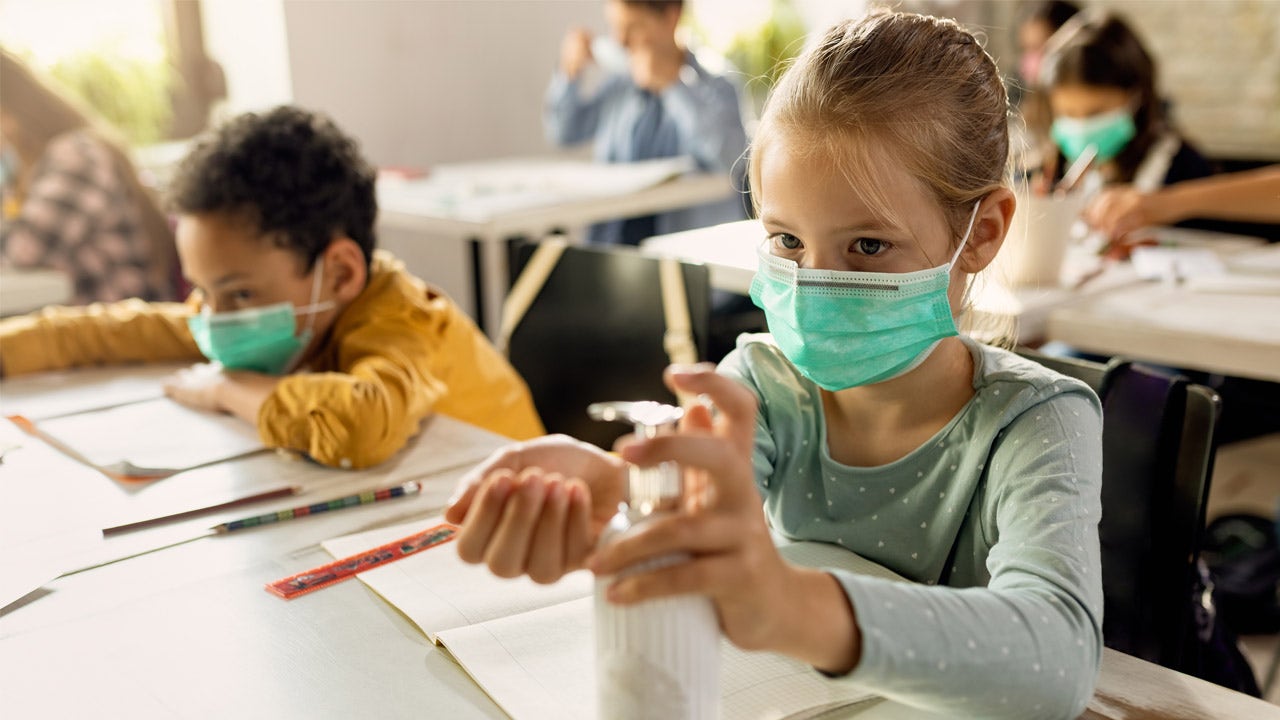 The Georgia Department of Public Health has reported that 60% of all COVID cases in the past two months have occurred in K-12 schools.

This calculator estimates your risk of getting COVID-19

Georgia’s caseload has increased nearly tenfold since July, and the state is reporting an average of about 7,000 new cases daily. The state is also at the bottom in terms of vaccination rate, with only 43% vaccination percentage.

Pennsylvania is reporting 10 times the number of COVID-19 cases among school-aged children compared to last year, when the state was doing distance learning.

Michigan has announced that its COVID-19 cases among school children have doubled. Data released by the Michigan State Department of Health shows there are 344 new outbreaks and 538 ongoing outbreaks. Michigan’s vaccination rate is 51.3%, just below the national average.

New Jersey has reported 133 cumulative COVID-19 cases in children – the result of 6 separate outbreaks. None of them were hospitalized, according to New Jersey Health Commissioner Judy Persicilli. Phil Murphy announced that 82% of all eligible residents of New Jersey have received their first dose of the vaccine. This rate is one of the highest in the country.

COVID-19: 99% of those hospitalized were in people who were not fully vaccinated

Nationally, the American Association of Pediatrics has released data showing that there has been a 240% increase in pediatric COVID cases in the past two months. However, if the vaccine is approved for school-age children, that could be the end.

Former Food and Drug Administration commissioner and Pfizer board member Dr. Scott Gottlieb said, “The FDA says it will be a matter of weeks, not months, to determine if they are going to authorize vaccines for children between 5 and 11.” . “I interpret that as maybe four weeks, maybe six weeks.”