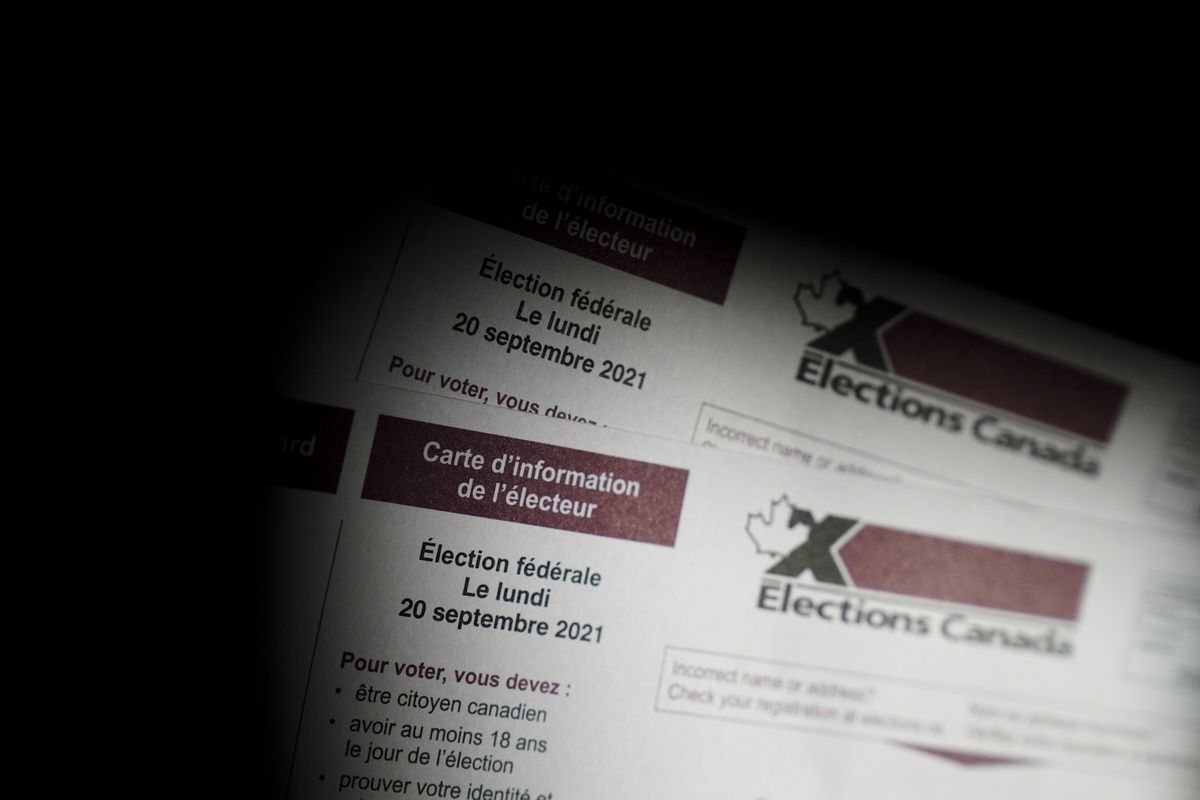 After 18 months of pandemics and everyday talk about what parts of life have changed forever, you’d think that a national election campaign featured politicians making compelling cases about a crisis looming large for the country and the direction ahead. will be shown.

Yet as polling day 2021 approaches, this is what is still missing. It was a campaign where party leaders focused so much on why you shouldn’t vote for another candidate that they largely neglected to provide them with a good reason to vote. In a sense, he has left voters alone to find one.

There are differences between parties and leaders, enough people, and on election day it’s a good idea to remember that the blessing of democracy is to be able to choose an alternative that imperfectly brings the country closer to where you go. want.

But it already seems clear that the voter remains fragmented, the public is somewhat angry, and the pandemic election campaign does not turn people behind one vision of the future or another. Maybe it’s partly because for all the tips, it was hard to see a sight.

Liberal leader Justin Trudeau launched the campaign on August 15 and told us it was perhaps the most “critical” moment the country has faced since World War II, but he struggled to clarify at what point the future got changed. Conservative leader Erin O’Toole talked little about creating a plan and what was in it.

Just look at the closing arguments of the past few days.

On Sunday, Mr Trudeau spent much of his time attacking Mr O’Toole for not being sure the Conservative candidates were vaccinated, and warned Tory leader Alberta Premier Jason Kenney was in the middle of the pandemic. will make mistakes of – which was at least more specific. Compared to a warning that conservatives will “take us back.”

Mr O’Toole has spent several days and lots of campaign-advertising money telling voters not to “reward” Trudeau for calling an election in a pandemic—like the entire voting process with bouquets and bricks— It’s about meeting the stone. Choosing a government to decide the direction of the country.

You would have expected that NDP leader Jagmeet Singh, the heir to the spirited style of the late Jack Layton, would take a different approach. But he has spent much of the campaign talking about Trudeau as a despot, who says the right things but doesn’t do them, as he did at a news conference in Burnaby, B.C., on Sunday.

Many political strategists will tell you that the “opposite” — outwitting your opponent — works. Yet the leaders did not pay enough attention to their side of bookkeeping.

And when they did, it was shocking at times.

Mr O’Toole had some major offers that he didn’t say much about. He spent the first two weeks of the campaign talking about his economic recovery plan, but it didn’t reveal much about tax credits for investors. He said little about his biggest platform item, a $24 billion promise to double Canada Workers’ benefits for low-income workers. Why play your own stage centerpiece?

Mr Trudeau used a variation of the slogan (Forward for Everyone) that didn’t work for him in 2019, and came out of the gate talking about vaccination mandates to get through the pandemic and back to work, but Management didn’t add the dots to post-pandemic proposals, such as a $10-a-day child care program, which encourages a larger work force.

The NDP received some attention by pushing the idea of ​​taxing the ultrarich, but strangely, Mr Singh was less effective in painting a picture of the future the NDP would bring to Canada, even if it involved a completely public long-term. Care, Pharmacare. , dental care and the largest permanent expansion of federal government spending in decades.

Of course, all parties feel they have reason to focus on wage issues. Some may regret it. Overall, it looks like it will produce wedge results.

There are no signs of a dramatic swing to a broad base, or any sight for either party. The most visible change has been a surge of ever-conspiracy-driven anger, expressed by protesters about vaccine mandates and other things, and which appears to be a tussle for Maxim Bernier’s People’s Party.

It will not be easy for many Canadians to find inspiration in this campaign. The good news is that all that’s left still counts on the bottom line of democracy: choosing the candidate closest to the country you want to visit.