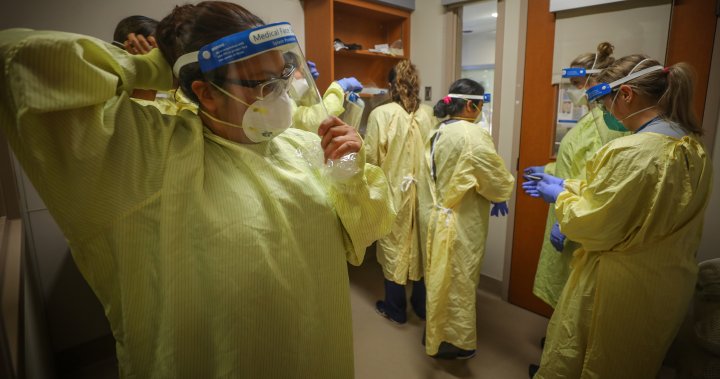 The chief of emergency medicine for the Alberta Medical Association says the major components of triage have already begun in Alberta.

Dr. Paul Parks says that in recent days some critically ill COVID-19 patients who should be on ventilators are not getting it.

Parks says it’s not at the point where doctors must make on-the-spot, life-and-death decisions.

But he says it’s not far off and, when it does come, a second phase of triage will quickly follow, including making the same decisions about children.

Parks says Alberta Health Services is doing everything it can, but says the government has failed to lead by imposing loose health restrictions and allowing mass gatherings, including schools and sporting events.

Dr Verna Yiu, chief of Alberta Health Services, said this week a major reason that the number of intensive care wards is not high is because not enough COVID-19 patients are dying to free up bed space.