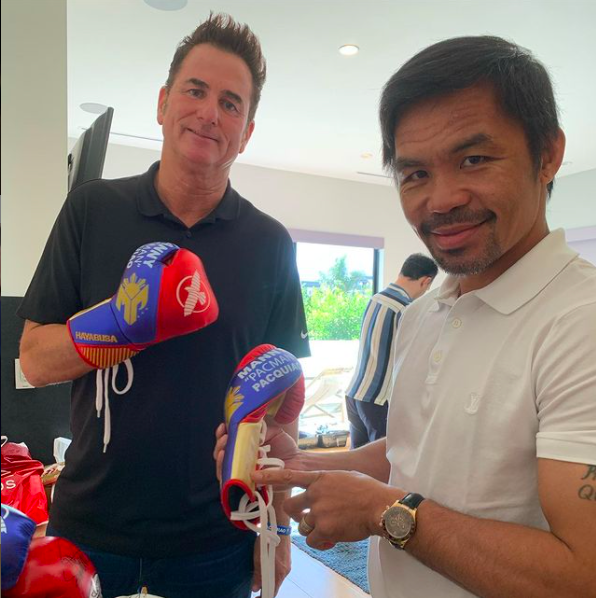 Manny Pacquiao has not officially retired, saying that his boxing career is ‘over’.

The Filipino boxing icon suggested in an interview with Filipina star Tony Gonzaga that he would not fight again.

But his adviser Sean Gibbons, who is also president of Pacquiao’s promotional company, said no definite decision had yet been made.

Gibbons told ESPN: “In the coming weeks, the senator will decide how he is going to end his professional boxing career.

“After the fight and recently, he is discussing retiring [or] maybe another [fight]. He’s just talking out loud about different situations.

“And anything else just to talk about what his thoughts are at the moment. It’s coming from him, but it’s a rumour.”

Pacquiao, 42, was left questioning his career after losing to Cuba’s Yordanis Ugas (35), when he was returning after two years.

The eight-division champion has now also confirmed that he will run for president of the Philippines next year as he hints at retirement.

He said: “My boxing career is already over. It’s because I’ve been in boxing for a long time and my family says that’s enough.”

Pacquiao has been a senator in his homeland since 2016 and was recently nominated by a faction of the ruling PDP-Laban party.

He said: “I am a fighter and will always be a fighter in and out of the ring.

“All my life, I have never held back from any fight. Nothing is impossible if it is ordained by God.”

Manny Pacquiao contemplated ‘taking his own life’, while ‘feminist, gambler and repentant of sins after being drunk’.