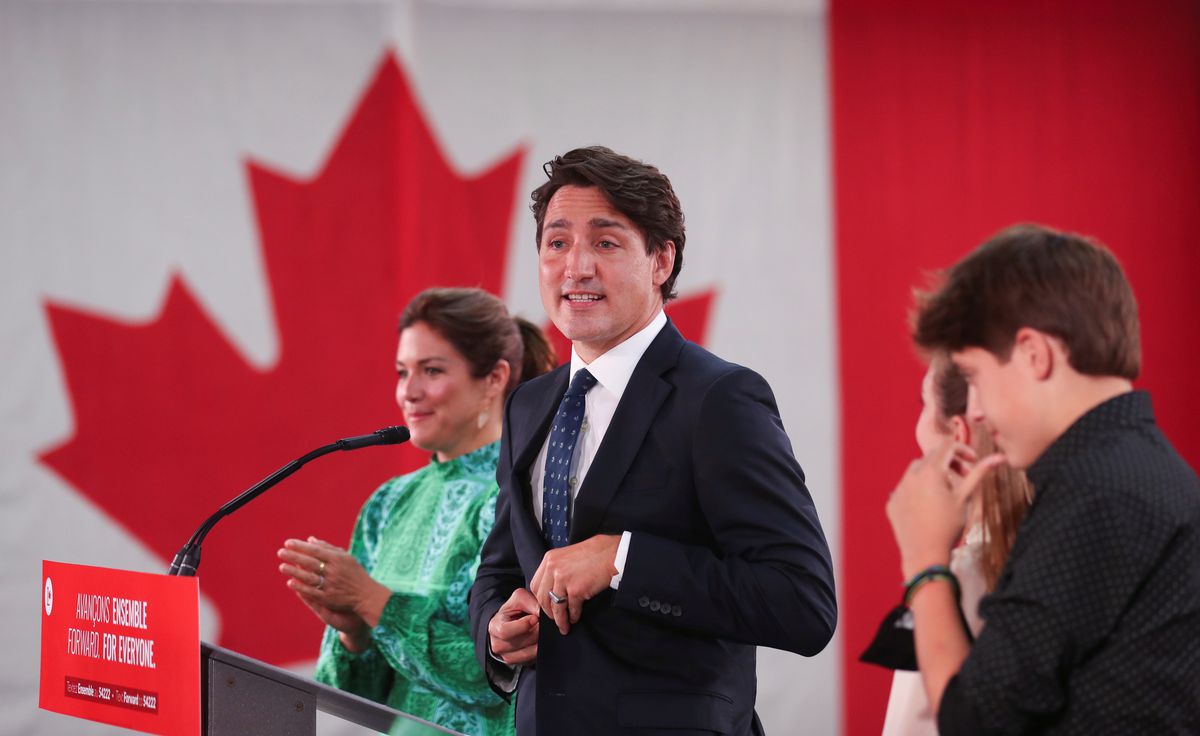 If we learned anything from this otherwise horrific federal election, it is that Canada’s major political parties have essentially reached a broad consensus on economic policy. Voters were told not to choose philosophy or essence – which differed remarkably little – but rather management style.

In that regard, the results underscore that Canadians do not trust liberals enough to manage financial and economic stores without supervision. Justin Trudeau and his allies now have to deal with the inherently short leash that voters have tied to their collars.

As we face another minority parliament, we can probably rest assured that the three big national parties are essentially on the same page, on the country’s largest economic files. Everyone agrees that we need a carbon price. Everyone sees affordable child care as an economic imperative. For the next several years all followed an expansionary fiscal policy and the deficit that came with it.

Yes, the details of the respective policy stances of the parties vary greatly in some respects. But based on principles, there are no major economic files on which the parties lack common ground. Economic policy is unlikely to be a major obstacle for liberals to rule with a minority.

Who will pay for the pandemic? don’t ask our politicians

But the lack of traction for liberals in the polls – especially after 18 months of a pandemic in which their actions to protect the economy have been widely endorsed – strongly suggest that voters have reservations. If it is not about economic policy direction, the obvious conclusion is that it is about the liberals themselves.

The Conservatives and the NDP argued consistently throughout the campaign that the Liberals had mismanaged elements of their economic plan to national detriment. The return of another minority mandate showed that many voters agreed.

In light of those results, Trudeau and his team must now ask themselves whether their opponents have a valid point. If the Liberal’s first term was about big ideas, and its second term was about crisis management, perhaps the message from voters is that the third term should be about execution.

In the context of economic planning, this means, first and foremost, getting the COVID-19 pandemic in the rear-view mirror. The Liberals were successful in convincing Canadians that they were the best party to get that job done; Now they have to live up to that promise, and fast. It remains the government’s top economic priority; The macroeconomic plan cannot succeed as long as the pandemic stands in its way.

Liberals are also vulnerable to the apparent unease with increased inflation, an issue that has clearly hit many voters’ home. They must ask themselves tough questions about the extent to which their policies and financial management are contributing to the problem.

While the deep distortions of the pandemic may be the root cause of these unusual inflationary pressures, there is a legitimate concern that excessive government spending and rising federal debt could turn a temporary spike into a more permanent and widespread problem. Voters did not address this concern easily and neither should this government.

In particular, the government needs to be more serious about spelling out specific, transparent anchors to remove fiscal stimulus as recovery advances. It also has an immediate opportunity in the five-year renewal this fall of the Bank of Canada’s agreement with the federal government on its monetary policy mandate, to reinforce the Bank’s core objective of maintaining low, stable and predictable inflation.

There are other elements of the economic plan of the liberals for which execution has become everything. On child care, it still has five more provinces and territories to sign on to a $10-day national daycare plan negotiations cannot be allowed to drag on simply because the party now has elections to push it forward. is not the inspiration. On infrastructure, the Liberal government should be better able to work its tens of billions of dollars in infrastructure spending already committed in service of a robust recovery, rather than sitting unscathed in bureaucratic limbo. On climate change, the government must continue to move forward while measuring the impact of its actions on emissions and economic players, and keeping an open mind to innovative solutions from the political aisle.

None of this will be easy, especially through a minority parliament with many ideas and priorities that need to be heard. But again, the gaps are not wide; A government willing to work with its adversaries may be successful in achieving these essentially common economic goals. And, as voters have indicated, this is how they expect the country to move forward. We have entered an era of cooperative skepticism; This version of the Liberal government will have to learn to work with it.