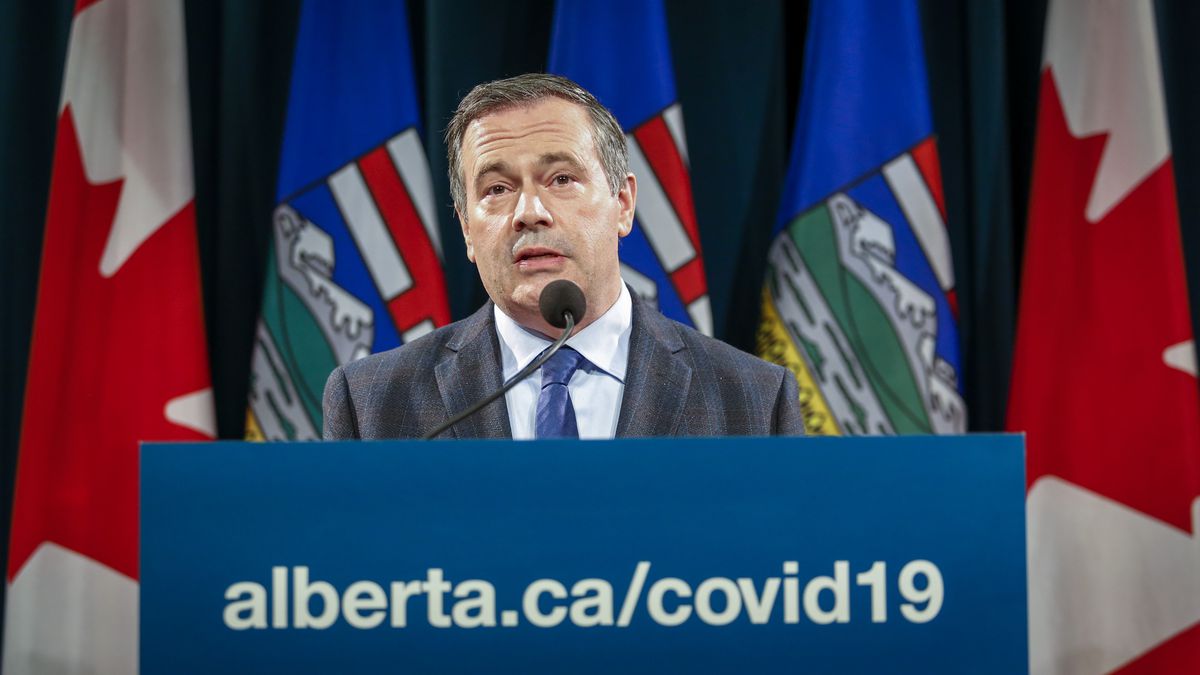 The demand for ICU beds in Alberta has never been higher, and could exceed capacity within 10 days. Tired health care workers taking training in triage protocol. The province is in the humiliating position of soliciting frontline workers from other parts of Canada. Jason Kenny is right it shouldn’t be about him right now.

“I don’t think it should be about politics or personality,” he said on Wednesday, announcing an Alberta version of a vaccine passport system and a long list of new health restrictions.

Here’s what’s right about Premiere, that COVID-19 is “an invisible and ever-changing enemy, and we have no choice but to face the threat of this fourth wave.” His instinct to keep small businesses and schools open even during the worst of the pandemic has been good.

He is entitled to enact health measures this week that hopelessly snatch some of the best parts of regular life away from people. there is no substitute. You can only delay so many elective surgeries, or deploy so many labor and delivery nurses to help out in intensive care units filled with no vaccinations.

Premier is also correct that some quarters of Alberta have stronger resistance to vaccination and obtaining vaccine mandates than other parts of the country. There are others who don’t believe in the validity of any health restrictions, don’t trust statistics and figures presented by the government or mainstream media, who don’t get tested or isolate when they get sick, and ‘ Do not go to the hospital until his health condition becomes critical. Many of them voted for his United Conservative Party in the last election.

That’s all true. But really, the list of what Mr. Kenny has done wrong is very long.

It is about a premier who this summer rued that health restrictions were a thing of the past, and labeled those who questioned them as fearful. It’s about hitting back at his critics, yet he didn’t take a moment to consider whether he had valid points about the dangerous unknowns of the Delta version of COVID-19.

It is about a revisionist history presented on Wednesday, where the premier said he had only “predicted” that the province was “open for good” in the summer – when in fact he declared a pandemic and health restrictions”. History will happen.” A brief apology he made at the start of the news conference this week became narrow and narrow in scope due to questions from reporters.

He continues to present the government’s options as binary – between “permanent, immovable, consistent, rigid, lockdown-style policies” and throwing everything open. In fact, there’s a lot of gray area in between.

It’s about keeping a low profile and being absolutely determined to change course in August and early September, even with hospitalizations – coincidentally through a close federal election campaign where Anger in Alberta could play negatively on Conservative leader Erin O’Toole’s campaign.

We’ve heard a lot about members of the UCP caucus who are against these health restrictions. But there are some who are now publicly complaining that they tried to act weeks ago.

Calgary-Fish Creek legislator Richard Gottfried wrote on Facebook Wednesday that the government’s previous pledge to never introduce vaccine passports and that Alberta was “open for good” would “go down in embarrassment and slander.”

“We clearly had 30 days’ notice that a crisis was coming… and nothing was done, while we lacked leadership,” wrote the former president of the UCP Calgary caucus.

“It would cost us lives and I’m struck by the lack of accountability for clear advocacy and clear warning signs.”

Therefore yes. The health care system of the province as a whole is on the verge of crisis. It doesn’t have to be about Jason Kenny. But it still is.

We have a weekly Western Canada newsletter, written by our BC and Alberta bureau chiefs, that provides a comprehensive package of the news you need to know about the region and its place in the issues facing Canada. .