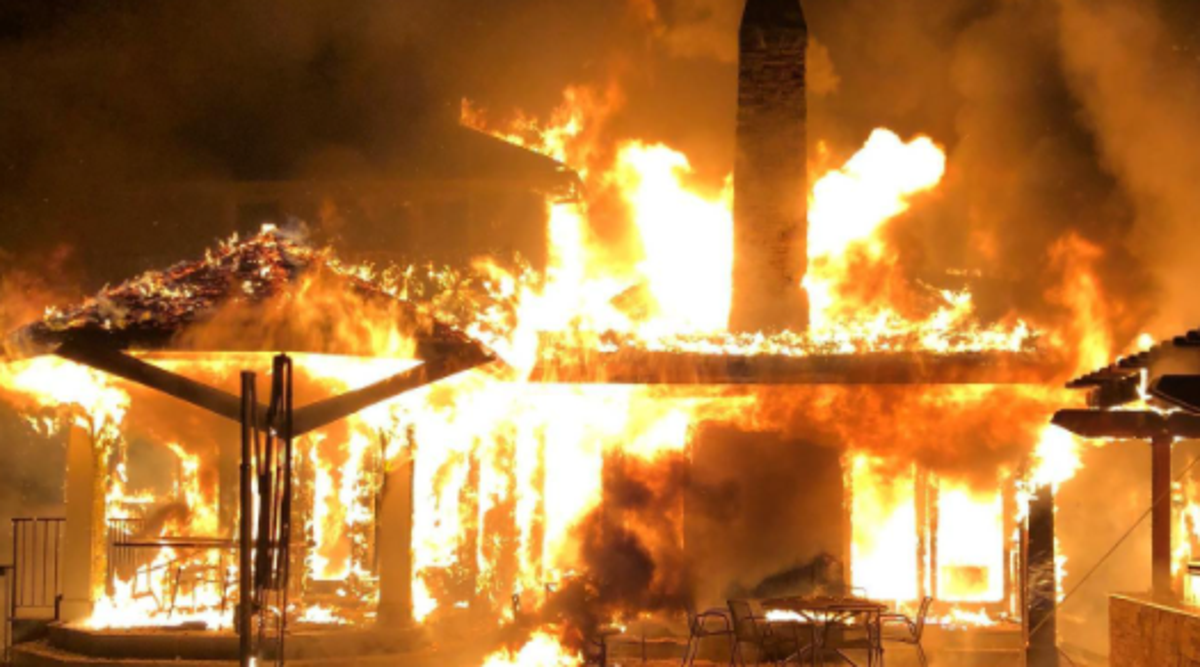 A three-alarm fire blew up and completely destroyed a mansion — believed to be owned by Google co-founder Larry Page or company — in the city of Palo Alto, California, this week.

Firefighters responded at around 8 pm on Tuesday and later managed to douse the fire. According to a report by local news website Palo Alto Online, no one was reported injured at the time of the incident and the house was empty.

According to the city’s fire department, a neighbor spotted the fire on a security camera, which alerted fire officials.

According to Mr Yarbrough, the fire started in the rear of the house, which has a long walkway, an attached unit at the back and a cellar. However, the cause of the fire is yet to be ascertained.

“Crews arrived to find massive fires on three sides of the structure and on both floors,” said a Facebook post from Palo Alto’s fire department. “In addition, the flames jeopardized the tall trees on one side of the structure.”

The property, located in neighboring Bryant Street, is a six-bedroom home valued at $11m (£7.9m).

According to Palo Alto Online, it is owned by either Mr. Page or Google, who requested a neighbor to anonymity.

According to the neighbour, the property could possibly have been used as an office during the day for a small team of workers, who parked their vehicles outside and left in the evening.

Public records of the property reportedly showed that it was owned by a limited liability company (LLC), which shares the same address as Mr. Page’s Carl Victor Page Memorial Foundation.