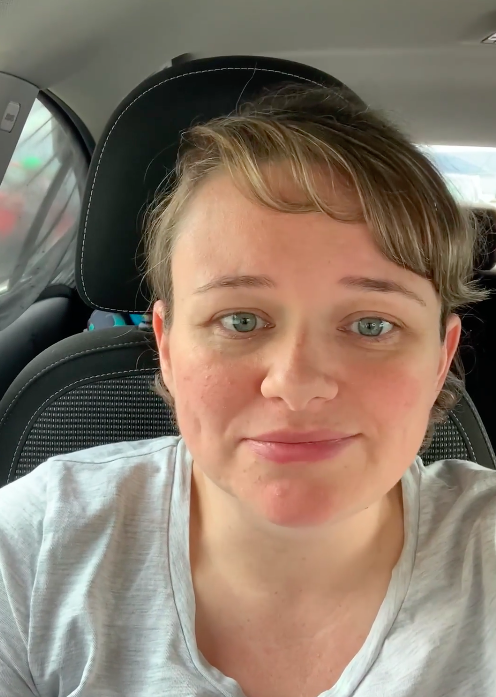 A MUM has reprimanded buyers who hoard fuel after being “trapped” in their car with their one-year-old son.

Cardiff’s Rachel Wallace shared an emotional video on Facebook amid the chaos at petrol pumps across the UK.

After visiting several petrol stations in an unsuccessful attempt to fill up, a desperate Ms Wallace was forced to park her car as the tank was completely empty.

Filming a video from inside her car, Ms Wallace said: “People are panic buying petrol they don’t need….

“We just went out to get something, we have gone to four petrol stations… and now petrol [in my car] It’s completely gone.”

Ms Wallace, who is five months pregnant, burst into tears as she spoke about her disappointment over the fuel crisis.

She said she managed to park her car on time, but was unable to restart it due to being so low on petrol.

“Problem number one is that the car park has an hour-and-a-half timer and obviously I’m not going to get petrol in the next hour and a half, so the car is bound to be fined. On that,” he said.

With no buggy in the car, Ms Wallace said she would have to pick up her baby son and walk home.

She said, “It is mind boggling to be honest, that people have made sure their cars are fully loaded when they run out of petrol, where there are people like me who can’t get any petrol and the original are trapped,” she said.

“All I can say is that I hope you petrol panic buyers are happy that you have left many people stranded, people with young children and ambulances without petrol.

“I’ve got a hospital appointment in two days’ time, how I’ll reach that is a bit of a mystery.

“I wouldn’t normally make a video like this, but the fact that people lack humanity that they did this is ridiculous.”

Ms Wallace captioned the video: “Many thanks to all the selfish people who panic bought fuel and didn’t need it in their cars. Leaving a pregnant woman and her one year old son stranded.”

She later commented on the video saying that she was forced to take a friend home in her car.

It comes as Prime Minister Boris Johnson insisted the petrol crisis was “stagnant” – but warned that widespread supply disruptions could happen beyond Christmas.

The prime minister told Britons to calm down and “go about their business in the normal way and fill in the usual way, when you really need it”.

He said: “We want to make sure that we have all the necessary preparations to go through ‘Christmas and beyond’, not just in petrol stations, but in all parts of the supply chain.”

He attributed the sluggish global economic boom from the pandemic to sucking in “massive demand” for gas and delivery.

But he denied allowing key workers to leave the queue, instead “the best thing for everyone is that we stabilize it in the usual way”.

Government insiders say it would be impossible for key employees to police the pumps.

Mr Johnson also warned that opening Britain’s borders to low-wage workers was not how the public would like the crisis to be fixed.

Patrol chaos: Britons queue up overnight amid fuel panic, with 150 soldiers on standby

Mum, 34, reveals eco mob ‘drove me to it’ after driving into protesters

- Advertisement - A single mother driving to school filmed her car rolling into smug eco-protesters as they blocked...