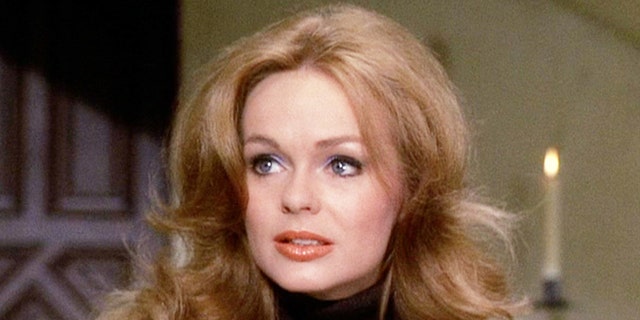 Linda de George was the new girl when she joined the cast of “Mission Impossible”—and she quickly became family.

The series, which aired from 1966 to 1973, chronicled the adventures of a small team of secret government agents. It starred Peter Graves, Barbara Bain, Greg Morris, Peter Lupus and Martin Landau – just to name a few. It would inspire the “Mission Impossible” film franchise led by Tom Cruise.

But the actress had already made her mark on television. Over the years, she appeared in some of the most iconic shows including “The Love Boat,” “Fantasy Island,” “The Green Hornet” and “Wonder Woman.” And at 76, George is ready for his close-up again.

George spoke to Granthshala News about the 55th anniversary of “Mission Impossible”, being married to Christopher George, as well as working with Bruce Lee and Linda Carter.

Haley Mills meets Walt Disney, marries a filmmaker 33 years older than her: ‘I fell in love’

Granthshala News: Looking back, how nervous were you about joining the cast of ‘Mission Impossible’?
Linda Day George: The cast was amazing. They were very kind and welcoming to me. I didn’t know what to expect as the show was already established and successful before I even came. But all of them made me completely comfortable. I loved being around them. I liked being at home from the very beginning.

Granthshala News: In the middle of the show’s run, you got some pretty shocking news – you were pregnant. What was the reaction of the cast to this news?
George: Everyone was thrilled. They were willing to work around me and definitely made things a lot easier for me. I was truly blessed to be a part of such an amazing show. I felt completely supported by an amazing group. I couldn’t be happier.

Granthshala News: You worked with your husband Christopher George in one episode. how was that?
George: I loved it. I could still see Chris chatting with Greg [Morris] And just kidding. They had a great time working together. We felt completely comfortable working together. There was no ego. Just happiness He was my precious person. Would remain forever.

Granthshala News: What would you say has been the secret behind your marriage to Christopher? It seemed like the two of you were inseparable.
George: It’s true, we were. We trusted each other and loved each other very much. No matter what happened, we were there for each other. Chris was not a perfect person but he was my ideal person. We talked all the time. We always made time for each other. Of course, we had arguments and disagreements just like anyone else. But we always found a way to get back to each other. We just absolutely loved each other. And I loved her.

Granthshala News: What led to the end of “Mission Impossible”?
George: You know, I think people were ready to try something new. And Peter Graves was reaching a point in his life where he wanted to be comfortable, to be with his family, and to do things he didn’t get to do while working. I think everyone reaches such a place at some point or the other. It felt like the right time to end.

Granthshala News: You reprized your role in 1989. What was it like working with Peter Graves again?
George: Oh that was really fun. Looks like old times again. We have always supported each other as a family, as an artist. So it was wonderful to experience it again.

Granthshala News: In addition to “Mission Impossible”, you have appeared in several iconic TV shows such as “The Green Hornet”. What was your impression of Bruce Lee?
George: He was a very calm, lovely person. He was always motivated to give his best performance as a fighter. And when he did his performance he was absolutely beautiful. You can’t help but feel in awe. You knew you were watching something special. You just felt his passion in that moment, this intense love. It was shaking incredibly. But when he wasn’t working, he was kind and gentle. He was a beautiful person.

Granthshala News: And what about Linda Carter in “Wonder Woman”?
George: Hey man, did we have fun *laughs*. He is a wonderful person. We became friends very quickly on set. She was the star of the show but it was easy to adjust to her. And my god, she’s beautiful. She is very nice and we bonded immediately. We are both Southern girls. We both lived in Phoenix. So it was a pleasure. We laughed a lot while filming our scenes.

Granthshala News: The “Mission Impossible” series inspired the film franchise. Have you seen any movie? What do you think of Tom Cruise’s performance?
George: Oh they are fabulous and Tom Cruise has gone through this! *laughs*. I think they’re exciting and I love to see what Tom can do. I think anyone who is a fan of the show will appreciate the movies and how much fun they are to watch. What not to like?

Granthshala News: It has also been said that you are ready to go back to acting.
George: I think every actor reaches a point in their life where they want to go back to acting. We’ve learned new things about ourselves and the people around us, so we can see things we never noticed before, especially as we get older. And I have amazing energy. And I’m excited about what I can do. I’d love to know what’s next for me. Age can never stop you from pursuing your passion.

Granthshala News: How is life for you today?
George: Oh, I have a ball. I love spending time with my grandson. He looks exactly like Christopher. I swear to you. I just look at him and can’t help but go “Oh my god, this is powerful.” He looks like her. He also walks like him. It still shocks me. And I love having my daughter around. She looks like me, but boy, does she remind me a lot of my father. He is very much a part of our lives… It’s a busy house. There are always things to do. And I’m not slowing down!