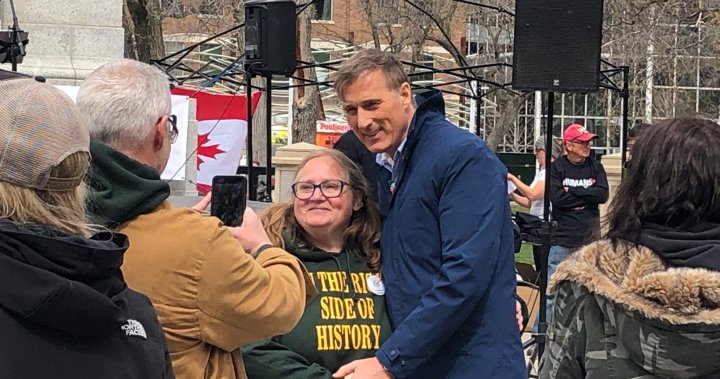 Granthshala News is speculating that Maxime Bernier, leader of the People’s Party of Canada, is defeated in Beauce’s ride in Quebec.

With a voter turnout reported of nearly 40 percent as of 11:21 a.m. ET, Bernier was trailing incumbent Conservative Richard Lehoux by more than 5,000 votes.

“Thousands of Canadians were coming to our rallies across the country. Everywhere we looked, you could see purple—a purple wave, a sea of ​​purple,” Bernier told supporters at an election night event in Saskatoon. “Unfortunately, we won’t be able to pursue this fight in Parliament, but We will continue this fight to unite Canadians under the umbrella of freedom.”

Bernier won riding for the Conservative Party in the 2006, 2008, 2011 and 2015 elections before splitting from the party and starting his own right-wing party in September 2018.

The Saskatoon Police Service told Granthshala News it is working with Public Health to investigate the PPC election night rally in Saskatoon, after dozens of supporters reported not wearing masks at the indoor event.

Despite a public health order in Saskatchewan on September 17 making masks mandatory in all indoor public spaces in the province, most people were without masks.

During the COVID-19 pandemic, the PPC became a home for those who oppose vaccine mandates, and those who hold other right-wing positions, including reducing the number of immigrants and refugees accepted into Canada and withdrawing from the Paris climate agreement. live on.

Bernier, a former Conservative cabinet minister, has spent much of the time fighting COVID-19 health measures such as mask mandates, public gathering restrictions and vaccine passports.

Opinion polls have shown support for the People’s Party of Canada from five percent to 10 percent, which may bleed into support for Erin O’Toole’s Conservatives.

Anti-vaccine supporters of the People’s Party frequently appeared on the campaign trail, often attempting to disrupt Trudeau’s campaign rallies. A party member has been arrested for throwing gravel at Trudeau.