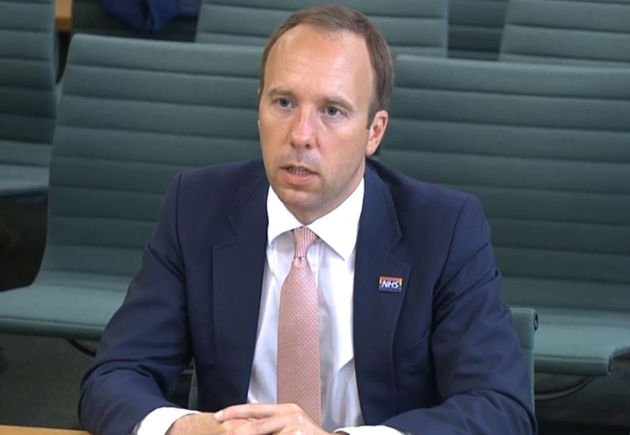 “It’s too rash, it has to be satirical. I’m speechless.”

Matt Hancock was compared to fictional character Alan Partridge after an unusual video was uploaded to Twitter on Saturday.

The former health secretary, who resigned in June after emerging that he violated social distancing guidelines by kissing his aide, kept a relatively low profile over the summer as his marriage fell apart.

Now the Tory backbencher is re-emerging in the world of politics and has posted a 50-second video online where he meets and greets his constituents at Haverhill.

With upbeat music in the background, Hancock looks a bit off as he punches one member of the public while the other touches his face lovingly.

Have a great time at Haverhill yesterday, chatting people up on the High Street and check out the fabulous new Splash Park funded by the council. pic.twitter.com/I2mE02N4FD

Safe to say, it didn’t go down very well online.

“And this guy (along with 100 other Tories) is going to walk back to parliament at the next election as if nothing happened because they’re in the safe seats. #MakeVotesMatter!”

The biggest violation of covid lockdown rules during the entire epidemic…

And this man (along with 100 other Tories) is going to walk back to parliament at the next election as if nothing happened because they secure seats.# MakeVotesMATTER!

Others couldn’t believe it was real, with one account tweeting: “This is so cringe. It must be satire. If they think it’s done them any good, I’m speechless.

It’s so cringe. It must be sarcasm. If he thinks it does him a favor; i am speechless

Some accounts didn’t miss a beat and immediately compared it to the political satire show The Thick of It – or Alan Partridge.

Coogan describes Partridge as a Little Englander with ring-wing values, and he has become a cultural testament to what should not be in a broadcast.

Its fat is back!

off the charts partridge vibes https://t.co/SsRqOaRUUM

If Alan Partridge was a minister…… https://t.co/fvbcAzJX1f

He doesn’t even know how to lean on anything.