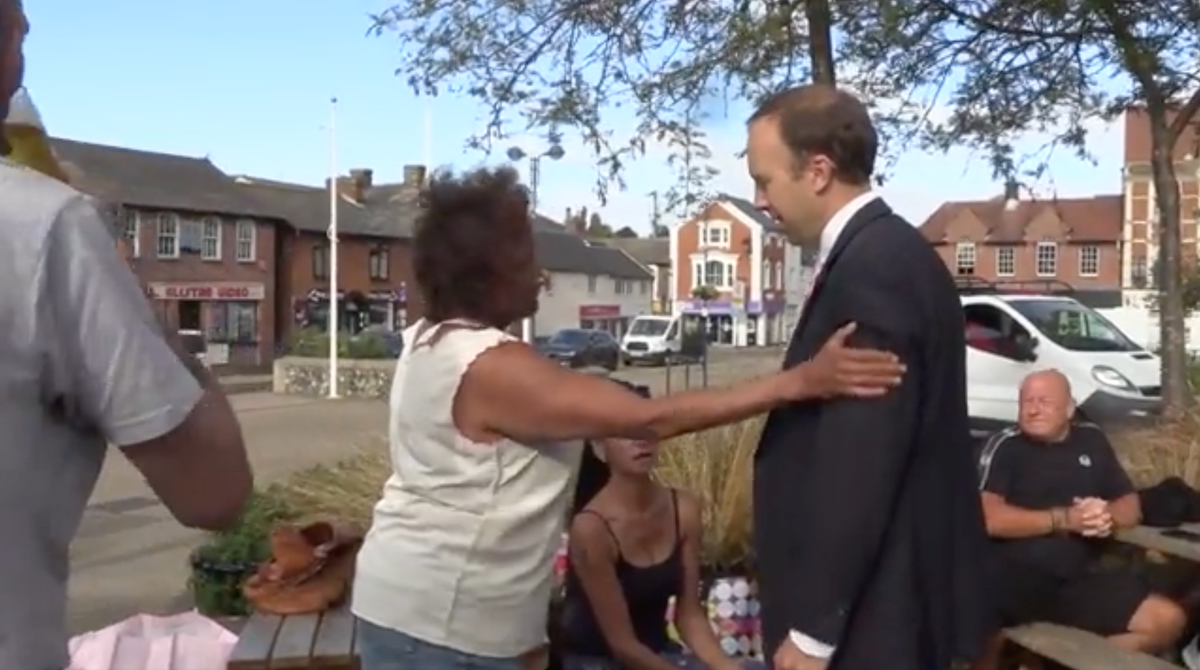 Matt Hancock has drawn comparisons to Alan Partridge on a bizarre Twitter video of him meeting members of the public.

The clip, posted on social media by the former health secretary, shows him interacting with locals in his constituency and meeting a woman who he says is a “big fan”.

He asks other locals in Haverhill in his West Suffolk constituency how business is going, talks to them about local affairs and receives praise from some.

“Nice to see you,” says one woman, touching his hand. “You’ve been brilliant,” she continues, patting him on the cheek.

“Well, you know, we got through this, right? And now coming out the other side,” Mr. Hancock replies.

But the video has been ridiculed by some on social media, who have compared it to comedy character Alan Partridge.

“Alan Partridge’s new series is a little low on laughs!” Someone else said while sharing the video.

Another Twitter user said of the video, “This short clip makes you feel like you’ve enjoyed season four of Partridge.”

“When you watch Alan Partridge bow down and you find it’s more oatmeal than @MattHancock Partridge,” said someone else.

Other answers compared the video to the political comedy show The Thick of It.

“It’s a comedy sketch, isn’t it?” someone else said.

Mr Hancock stepped down as health secretary earlier this year after breaking Covid rules, when details of his relationship with aide Gina Coldangelo emerged.

But he remains as the Tory MP for West Suffolk, where he said he was “out and around” the town of Haverhill on Saturday.

He said it was “fantastic” to “chat with people on the high street and see the fabulous new Splash Park funded by the council” as he shared a video of him meeting members of the public on Twitter.

“There we go, fistfights,” he says, as he greets a worker at a fish and chip shop, before adding: “How are you doing? How’s business?”

In another conversation, he meets a woman who says: “I’m a big fan.”

“You say so,” answers Mr. Hancock.