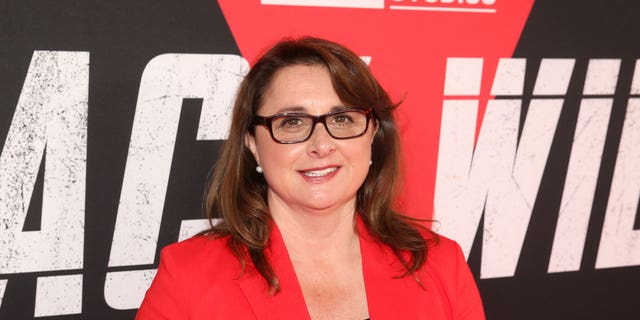 ‘It’s funny that people call it ‘X-Men’, she said at the time

Marvel recently promoted Victoria Alonso to the presidency after she suggested that “Men” should be dropped from the title “X-Men.”

Alonso, Marvel’s president of physical and post-production, visual effects and animation production, called the title “outdated” in 2019.Nuke the Fridge.

“Can you give me a little hint… where is the future going and excitement?” The host asked Alonso.

“I don’t know where the future is going. It’s funny that people call it the ‘X-Men.’ There are a lot of female superheroes in that ‘X-Men’ group. So, I guess it’s old. Me Don’t know where it’s going,” she replied.

“By the way, the women are always saving the men here,” Mystique (Jennifer Lawrence) tells Charles (James McAvoy) in the film.

Alonso was recently promoted to the presidency at Marvel for his role.

“Victoria has been an incredible partner and part of our team since the first ‘Iron Man’,” said Kevin Feige, President, Marvel Studios and Chief Creative Officer, Marvel and D’Esposito stated deadline about his promotion.

“She is one of the most dynamic, articulate and accessible executives in the industry and we are thrilled that she will continue with us in this advanced role as we lead Marvel Studios into the future.”

Alonso’s upcoming films include “Eternal,” “Doctor Strange in the Multiverse of Madness” and “Thor: Love and Thunder.”